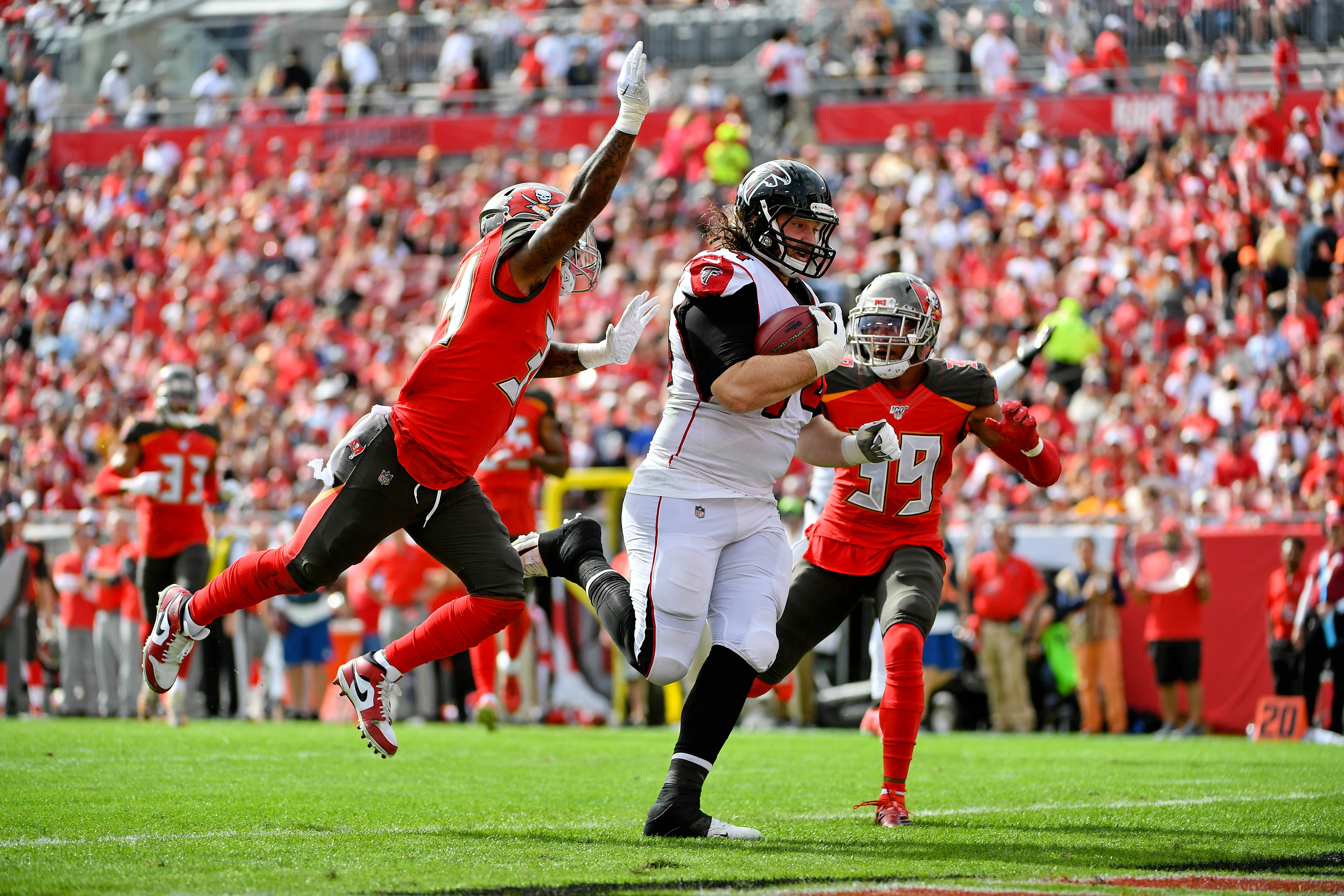 This season has not gone exactly to plan for the Atlanta Falcons. From the injuries on defense to poor play, there was a lot left to be desired.

However, on Sunday afternoon, the Falcons gave their fans something to cheer about in the regular-season finale against the Tampa Bay Buccaneers.

With 10:41 left in the first quarter, veteran quarterback Matt Ryan found offensive lineman Ty Sambrailo down the seam for a 35-yard touchdown reception.

This is the greatest play in NFL history pic.twitter.com/O6JNa67CCs

It is the second-straight week that we’ve seen an offensive lineman score a receiving touchdown. Last week, Bills offensive tackle Dion Dawkins had a touchdown reception against the New England Patriots.

According to Elias Sports, Sambrailo’s touchdown reception was the longest offensive touchdown scored by a player listed at 300-plus pounds in NFL history.