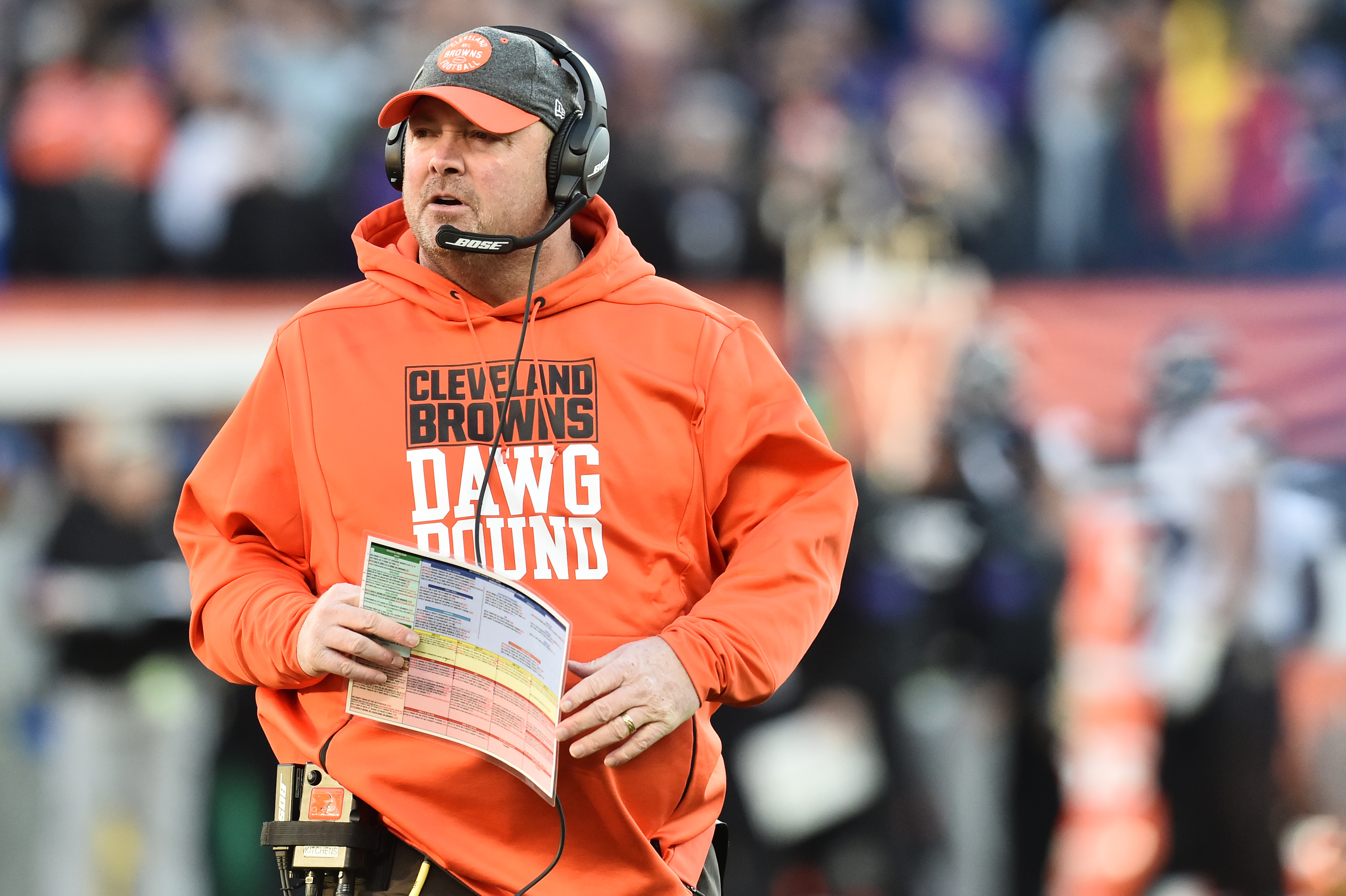 Cleveland’s disappointing season came to a disastrous end on Sunday as the Browns fell to a one-win Bengals team for their third loss in a row. That was enough to pull the trigger on firing the head coach.

As NFL Network’s Ian Rapoport reported Sunday, Freddie Kitchens was fired  after just one season in Cleveland, which goes against what the team had originally planned. As Rapoport revealed, the Browns had actually planned on keeping Kitchens, but three straight losses to end the season forced their hand.

The #Browns are firing coach Freddie Kitchens after one season he tells me.

Prior to week 15, #Browns brass planned to stand with coach Freddie Kitchens, barring a disaster ending. Cleveland has since lost 3 in a row, including today to the NFL’s worst team. The Haslams have a hard decision to make.

Despite having a star-studded roster, the Browns failed to play up to some big expectations that were set for them prior to start of the season. After trading for star wide receiver Odell Beckham in the offseason, there was talk Cleveland might be a force to be reckoned with in the AFC North, but that couldn’t have been more false.

Kitchens was hired as head coach in January after serving as an assistant last season, and he was credited with helping Baker Mayfield thrive his rookie year. This season, however, Mayfield regressed, and the offense struggled as a whole despite having playmakers like Beckham for the second-year quarterback to work with.

Kitchens becomes the sixth head coach to be let go by the Browns since 2012, including interims. It will be interesting to see who replaces Kitchens. Many have suggested that Cleveland lacked discipline this season, so the next head coach will need to be able to take control of the locker room from Day 1.