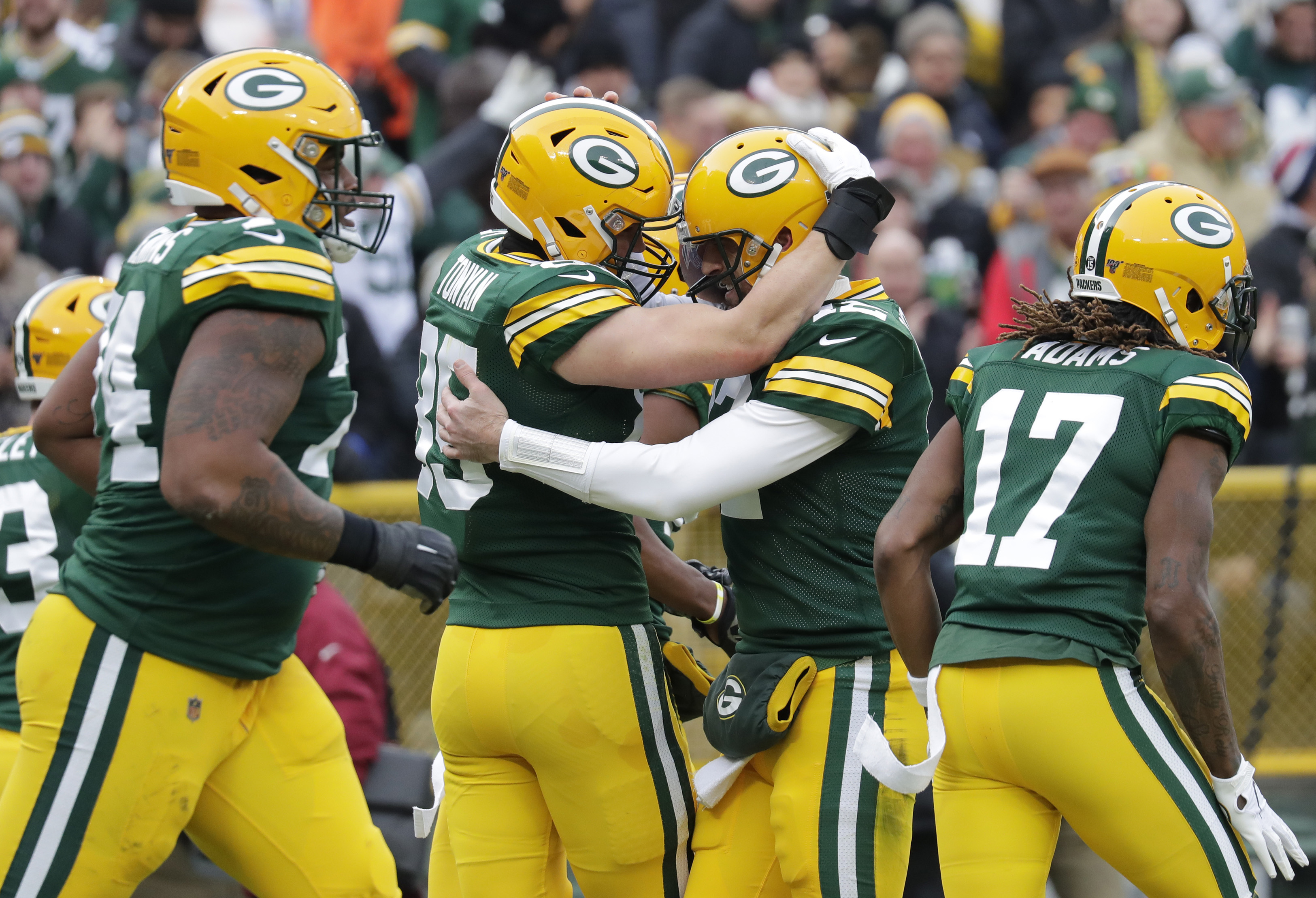 The Green Bay Packers surprised a lot of people by finishing the season with a 13-3-0 record and handily winning the NFC North Division.

The Packers had a rookie head coach in Matt LaFleur and were coming off back-to-back losing seasons. Expectations were mixed with most experts picking the team to finish somewhere between 7-9 and 9-7. Instead, they led the division from start to finish and matched their win total for the last two seasons combined.

The Packers went a perfect 6-0 in the division which was a big reason for their success this season. Nothing the Packers did looked easy, but they usually found ways to win close football games.

Here is a look back at the Packers five most important victories this season. Games are listed in chronological order. They made this list based on the importance of the victory, what it meant for the team’s overall season, how well the team performed and how each win impacted the future of the team and the standings at the time.

This was the first game of the NFL’s 100th anniversary campaign and the league showcased its oldest rivalry in the traditional Thursday night season opener.

It seems like a long time ago, but the Bears were coming off a 12-4 campaign and were a double doink away from the NFC title game a year ago. They had Super Bowl aspirations entering the season.

The game became a defensive slugfest with each team registering five sacks and shutting down the opposing offenses for most of the game.

The Packers offense did just enough and scored the game’s lone touchdown in the second quarter on an 8-yard pass from Aaron Rodgers to Jimmy Graham.

Green Bay’s free agent class made their impact felt immediately with Adrian Amos sealing the win with an interception in the end zone in the final minute. The Smith Brothers also announced their arrival with Preston picking up 1.5 sacks while Za’Darius added one of his own.

After the game, Rodgers bravely announced, “We have a defense.” The Packers were 1-0 and their confidence was immediately boosted by this important road win over the defending division champs.

The Packers were fresh off their first loss of the season, a frustrating 34-27 defeat at home against the Eagles that they probably should have won. They headed into Dallas to take on the 3-2 Cowboys who at this point, still were viewed as a legitimate NFC contender.

The Packers were without Davante Adams, but the offense adapted, and the spotlight shined on running back Aaron Jones. Jones ran for 107 yards and four touchdowns while catching seven passes for 75 more yards as the Packers jumped out to a 31-3 lead and hung on for a 34-24 victory.

This game showed that the Packers could adjust when their top receiving weapon was out of the lineup and that they could win big games without Rodgers doing all the heavy lifting. The four-touchdown performance was truly Jones’ coming out party and suddenly teams realized how dangerous a weapon he could be.

It also gave the team a perfect 2-0 road record with big victories coming against teams that were considered contenders on national television and showed they could bounce back after a tough loss.

This was by far the offense’s best game of the season. Rodgers was on fire, completing 25-of-31 passes for 429 yards and five touchdowns. For the first time in his Hall of Fame career, he had a perfect quarterback rating of 158.3 for the game. He also ran for a touchdown giving him six scores total.

The game was closer than the score indicated but a key fumble by Derek Carr out of the end zone that resulted in a touchback gave the Packers a big break.

The Packers offense showed what it was capable of when it was clicking on all cylinders. Rodgers was at the top of his game, Marquez Valdes-Scantling caught a 74-yard touchdown pass and the offense spread the ball around with four wide receivers making catches, the running backs catching 10 passes between them and Graham added four receptions and a score from the tight ends.

Unfortunately, the offense never matched this kind of output for the rest of the season.

Again, the Packers faced a true contender on the road although Green Bay was fortunate that Kansas City quarterback Patrick Mahomes was unavailable for this game, so they had to face backup signal caller Matt Moore.

Rodgers was again a dominant performer, throwing for 305 yards, three touchdowns and no picks. Aaron Jones ran the ball efficiently but caught seven passes for 159 yards and two touchdowns to lead all Green Bay receivers.

The Packers defense limited the Kansas City offense to 88 yards rushing and Za’Darius Smith added two more sacks to his total as the Packers held on for a 31-24 victory to improve to 7-1 at the season’s halfway point.

The Packers went into Minnesota on Monday night with a division title on the line and they came through with a dominant defensive performance.

The offense sputtered throughout the first half, turning the ball over three times, but the defense held the Vikings to only 10 points and the Packers only trailed 10-9 at the half.

Za’Darius Smith dominated on defense, making 3.5 sacks, five tackles for loss and putting pressure on Kirk Cousins throughout the game.

Davante Adams was the receiving star, catching 13 balls for 116 yards, while Aaron Jones ran for 154 yards and two touchdowns including a 56-yard jaunt that clinched the win for the Packers in the fourth quarter.

Again, the Packers proved they could win road games against contending opponents on a national stage and that they could win when Rodgers was not at his best.

The Packers clinched the NFC North title and set themselves up for a bye in the opening round of the playoffs with this convincing victory.