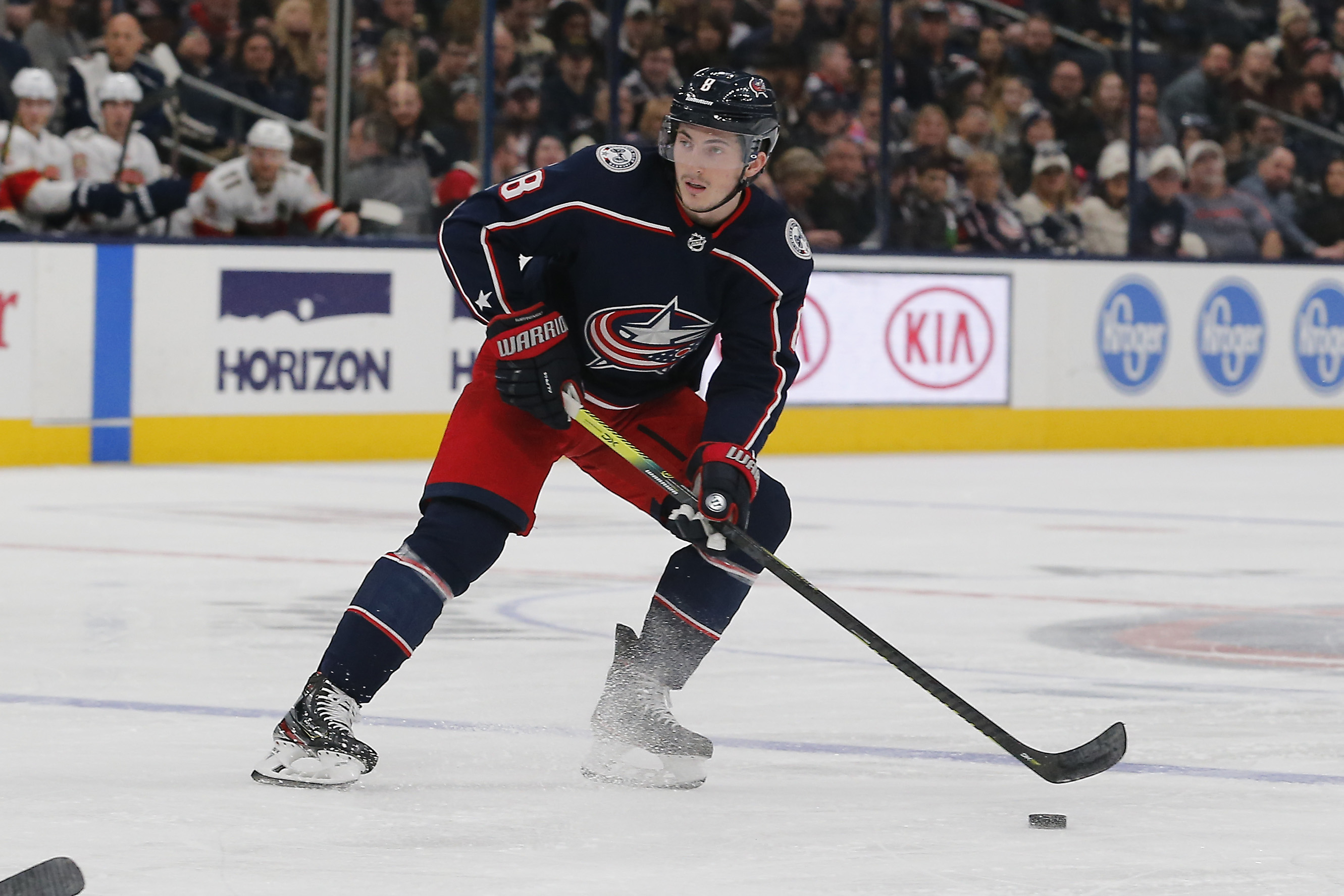 Werenski only becomes the third Blue Jackets defenseman in franchise history to record three goals in one game according to nhl.com. The other two blueliners on this distinguished list are also American blueliners. Deron Quint of Durham, NH accomplished the feat on March 9, 2001 in a 7-6 Blue Jackets win over the Florida Panthers and Bryan Berard of Woonsocket, RI registered his hat trick on January 8, 2006 in a 5-2 Blue Jackets win over the Phoenix Coyotes. Like Werenski, Quint and Berard only had one career hat trick.

Werenski scored all three of his goals even strength and was a +3. He also had six shots on net in 26 shifts and 22 minutes of ice time.

Werenski was one of four Blue Jackets players to have a multi-point game. Jenner had one goal and one assist for two points, while Wennberg and Nyquist had two assists each.

On the season, Werenski has 11 goals and 12 assists for 23 points. He is a +1 with eight penalty minutes, nine power play points, one shorthanded point, one game winning goal, 85 shots on goal, 36 blocked shots, 22 hits, 15 takeaways and 23 giveaways.

The Blue Jackets are currently in sixth place in the Metropolitan Division with a record of 18 wins, 14 regulation losses and eight losses in extra time for 44 points. They are five points back of the Philadelphia Flyers for a playoff spot in the Eastern Conference.