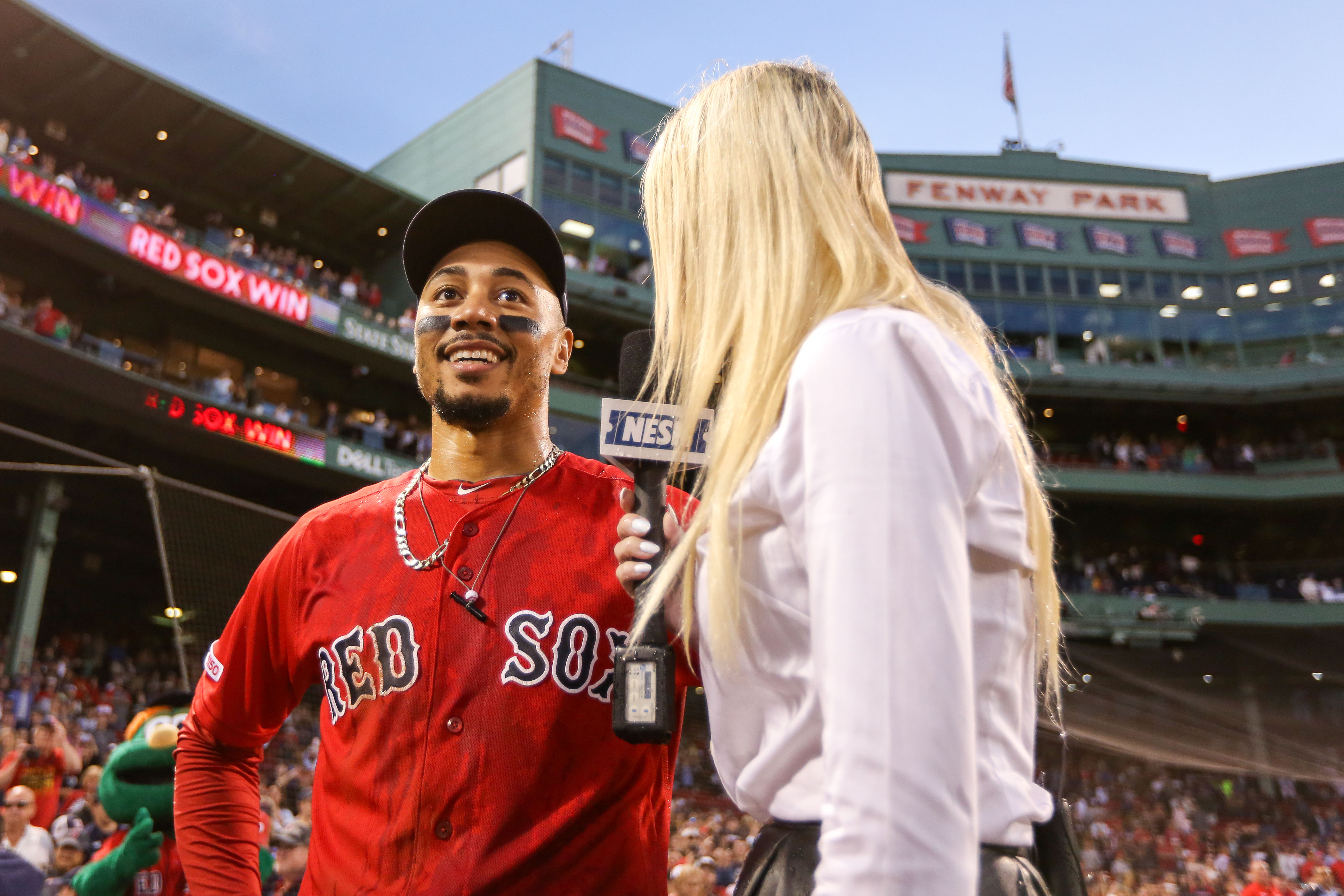 Mookie Betts signed a one-year deal to remain with the Red Sox, but it seemed like more of a strategic move than anything, as the team has continued to shop him.

Signing Betts to that one-year, $27 million deal allows the Red Sox to have a low level of financial risk if they do choose to retain him, and if not, they can potentially get a nice haul in return if they were to trade him.

Betts remains the most talented player currently on the market, via either free agency or trade, despite other big names such as Kris Bryant and Francisco Lindor being on it. It’s no secret that the Dodgers are in the mix for a center-fielder, and it was rumored that they were discussing a potential trade with the Indians, in hopes of acquiring Lindor.

They’re apparently doing their due diligence on Betts as well, making the call about a potential trade.

Sources: #Dodgers discussing Mookie Betts with the #RedSox at least as much as they are Francisco Lindor with the #Indians. Boston could combine Betts and Price in a deal that nets the Red Sox a prospect and salary relief. Story: https://t.co/j9mLE3LOX6 @MLB @MLBNetwork

This would obviously be the biggest trade of the offseason, if it does go through, and would really shake up the balance of power across the league.