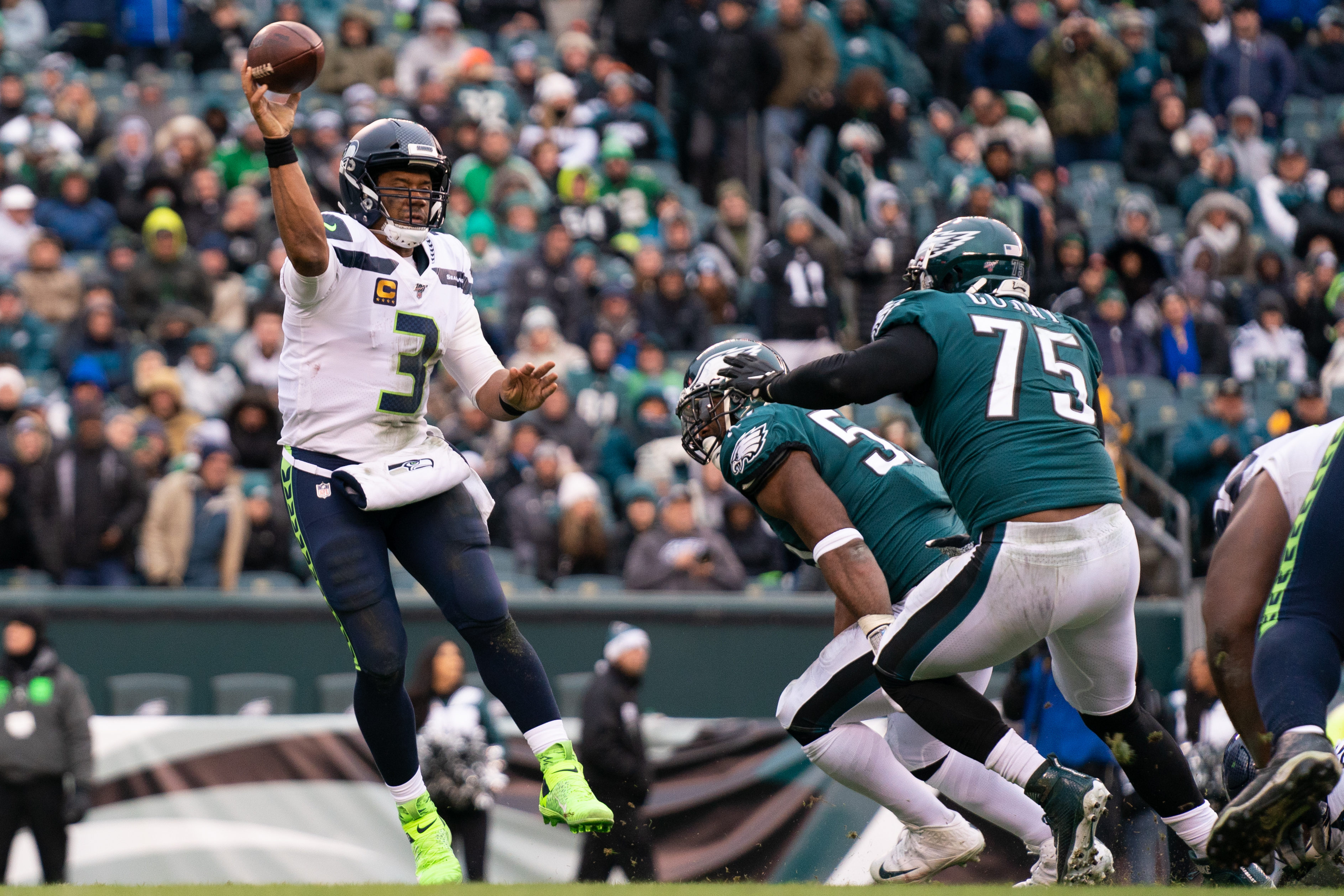 After a rough start to the regular season, the Philadelphia Eagles ripped off four straight victories last month to win the NFC East, and will host the Seattle Seahawks in the wildcard round of the NFL playoffs at Lincoln Financial Field on Sunday.

It will be the second time that both teams will be playing each other this season. Back in Week 12, the Seahawks defeated the Eagles, 17-9, thanks to Seattle’s defense forcing the Eagles’ offense into five turnovers.

Fourth-year quarterback Carson Wentz had four of the team’s five turnovers, despite completing 73 percent of his passes, for 256 yards and a touchdown.

On the defensive side of the ball, the Eagles did not have an answer for Seahawks running back Rashaad Penny, who had 129 rushing yards on 14 carries, and a touchdown.

But when it came to All-Pro veteran quarterback Russell Wilson, the Eagles’ defense made him look human, but also got lucky at the same.

Despite only completing 52 percent of his passes for 200 yards, a touchdown, and an interception. Wilson and the Seahawks’ receivers failed to capitalize on multiple explosive passing plays in that game.

However, the one explosive passing play that the Seahawks did complete was a flea-flicker touchdown pass from Wilson to wide receiver Malik Turner for 33 yards.

Therefore, if the Eagles want to win on Sunday, it starts with the defensive line applying pressure on Wilson, and not allowing him to strike for explosive plays.

This season, the veteran dual-threat quarterback was sacked 48 times, blitzed 221 times, and hit 57 times behind a battered offensive line.

In their earlier matchup, the Eagles’ defense was able to accumulate six sacks on Wilson, while blitzing him 20 times. Veteran safety Malcolm Jenkins led the team with two sacks and four quarterback hits.

If Philadelphia can duplicate this effort on Sunday, then that will go a long way in determining who wins the game.

This season when Wilson is blitzed, his completion percentage drops from 69.2 percent to 61 percent with a rating of 101.1. Furthermore, he has thrown four interceptions, in comparison to one when dealing with a normal rush.

In last week’s game against the Niners, Wilson struggled against the blitz, only completing 50 percent of his passes for 86 yards with a 63.7 passer rating.

The 49ers typically rely on a 4-man pass rush to generate pressure but broke tendency tonight vs Russell Wilson (46% blitz rate). Wilson struggled against the blitz…

However, just as they have done throughout this four-game winning streak, the Eagles defensive coordinator Jim Schwartz must be smart when dialing up the blitz.

If they guess wrong or cannot get home with a particular call, Wilson knows how to improvise and find his favorite wide receiver — Tyler Lockett.

This season, the speedy wideout had 731 receiving yards out of the slot, good for third in the league. Overall, Lockett finished the year with a career-high 82 receptions for 1,057 yards and eight touchdowns.

Therefore, it will be up to cornerback Cre’Von LeBlanc or any other Eagles cornerback to keep an eye on Lockett.

LeBlanc had a good game last weekend against the New York Giants, making open-field tackles and getting pass deflections. Philadelphia is going to need him and third-year cornerback Sidney Jones, who has also played well to contain Seattle’s passing attack.

The Eagles’ pass defense has had its fair share of highs and lows this season. However, if they can keep Wilson and the Seahawks’ offense at bay, then they should give themselves a chance to win on Sunday.