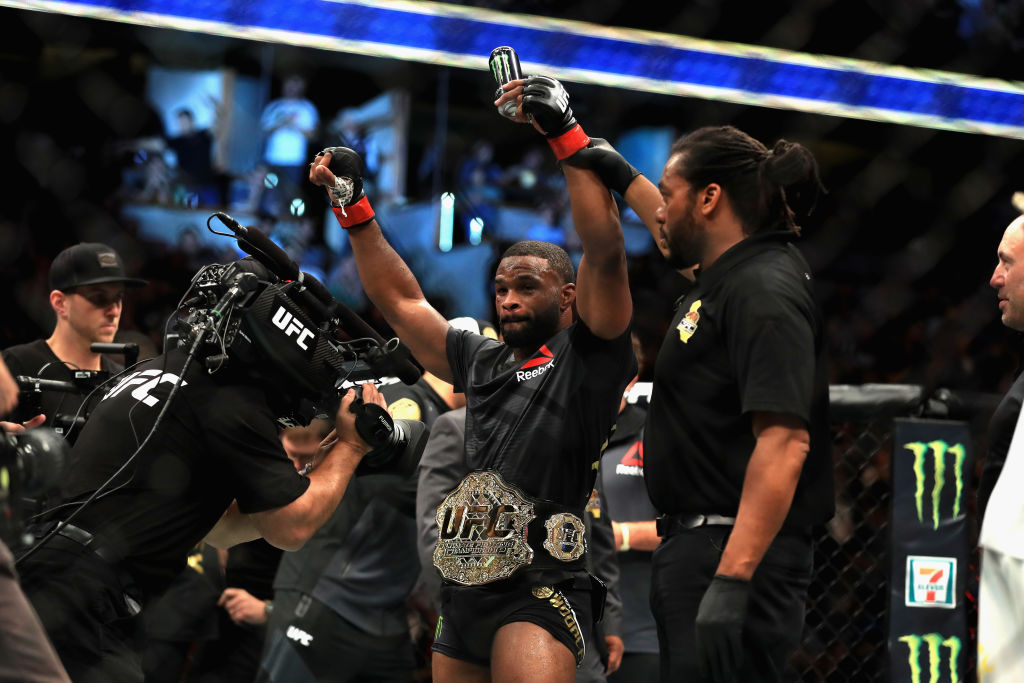 He probably didn’t get the respect he deserved while champ, but Tyron Woodley was dominant while hold the 170 pound strap, defending it four times before dropping it to Kamaru Usman. Considering he didn’t even enter the UFC until Strikeforce dissolved in 2013, it’s impressive he was able to rack up enough points to make our top 10.