The connection between fighting and professional wrestling stretch back over a century. Both forms of entertainment share a basic premise, combat with a victor emerging, whether authentic or rehearsed.

They also share many, many fans. Many MMA fans, myself included, started out as professional wrestling fans, and since combat sports undisputedly hit more common chords with a pro wrestling fan than any other sport, we gravitated to that.

Same goes for athletes, as well. Collegiate wrestlers have long turned to professional wrestling, as there is no actual “professional” league for amateur-style wrestling. Now, with visibility for wrestling and MMA never higher, some wrestlers have done the opposite and transitioned from pure combat sport to pro wrestling.

So over the next two days, I’m going to look at ten of them. Fighters-turned-wrestlers and wrestlers-turned-fighters.

Pro Wrestling Impact: 4: Lesnar was only behind Kurt Angle in the race to transition high-level wrestling to the modern-age of professional wrestling.

Mixed Martial Arts Impact: 5: No single person has more of an impact on bringing casual fans to mixed martial arts than Brock Lesnar. He came in at the end of the boom-period of professional wrestling, but earned such a devoted following that his move to MMA, the first move of a pro-wrestler to MMA with amateur credentials, legitimized the sport, brought attention to collegiate wrestling, and ushered in a boom period for MMA and the UFC. 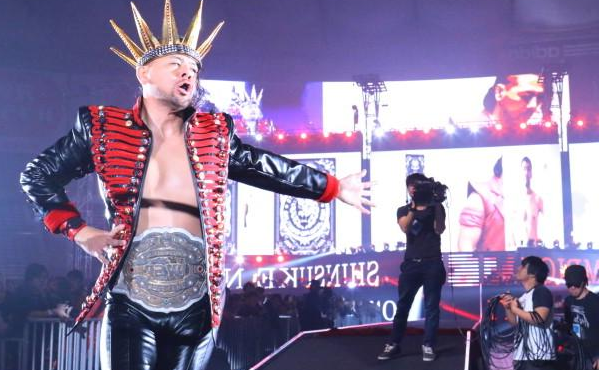 Pro Wrestling Impact: 4: Pretty damned big. He, Hiroshi Tanahashi, and Katsuyori Shibata, were christened the “New Three Musketeers”, named after the “original” Three Musketeers on New Japan Pro Wrestling, Keiji Mutoh, Masahiro Chono, and Shinya Hashimoto, who helped rise NJPW to fame. In the time since the three were in their prime, New Japan had plummeted tremendously in all facets. They had long since been passed over by promotions such as Pro Wrestling NOAH and Dragon Gate. Tanahashi and Nakamura, and later Kazuchika Okada, Tetsuya Naito, and the junior heavyweight division slowly, yet surely helped New Japan not only return to the top of puroresu (Japanese wrestling), but to growths not seen before by any wrestling company not in the United States. As it stands now, New Japan is the unquestioned second-biggest wrestling promotion in the world, and Nakamura had a major hand in that.

Mixed Martial Arts Impact: 2: But not to say it couldn’t have been much bigger. Nakamura’s professional MMA career took place entirely between the ages of 22 and 24, amassing a record of 3-1 with wins over notable fights such as Alexey Ignashov and Jan Nortje. MMA was always more of a hobby than an obsession. Wrestling came first to Nakamura, but if he had pursued fighting full-time, instead of being used as a hybrid sideshow in that strange area of Antonio Inoki’s fixation on shoot fighting, he could’ve developed into a very quality fighter.

Best Match: w/Legion of Doom/Goldust/Steve Austin vs. The Hart Foundation (****1/4), WWF In Your House: Canadian Stampede

Pro Wrestling Impact: 3: Ken’s legacy in professional wrestling is difficult to truly understand. He was the first North American MMA fighter to really establish himself in the pro wrestling world. While, he was certainly green at the start, he found a style that was uniqually him, and brought an intensity that seemed real and ready to boil over at any time. Better yet, Ken was different. His attire, the kickpads, the gloves, the moveset. the legitimate background. Shamrock brought something different to the professional wrestling landscape, and added a legitimicy to the cartoon world of professional wrestling up to that point.

Mixed Martial Arts Impact: 5: Simply put, he was the first American megastar in mixed martial arts, and one of maybe the five to ten most recognizable of all-time, still. His early feuds with Royce Gracie and Dan Severn helped put the UFC on the map, and his later feud with Tito Ortiz helped push it into the stratosphere. Sad that he helped push the WWF and the UFC into behemoths and didn’t stick around to enjoy the boom periods of either.

Pro Wrestling Impact: 2: Did what Shamrock did, but later, and lesser so. Didn’t have Ken’s look, charisma, moveset, or intensity.

Mixed Martial Arts Impact: 4: Again, did what Ken did, but lesser so and later so. But even then, his rivalry with Shamrock helped keep the UFC above water and bring in enough casual fans and made himself a notable name. 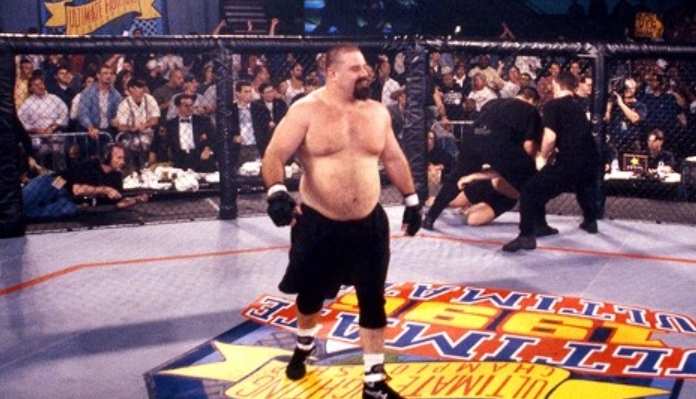 Pro Wrestling Impact: 1: I’ll surmise that his wrestling run wasn’t as bad as everyone says. He came into WCW during Vince Russo’s years-long fever dream of hideous booking and flinging copious amounts of shit at the wall to see what stuck. If there was ANY consistency at all with his character, it might have gone a different way. He even showed some surprising comedic range when he was put in an angle with boy band-trope Three Count. Still, very limited, wrong place, wrong time.

Mixed Martial Arts Impact: 2: Through no fault of his own, Abbott personified the “barroom brawler” that naysayers would point to when denigrating mixed martial artists. He was the stereotype; beer belly, biker beard, minimal muscle definition, all knockouts. But Abbott WAS an athlete, and a decent one. But he was what he was, and the biggest promotions in the world paid him to fight for them being just that.

The St Helens will be clashing with the Warrington Wolves in the finals of Grammy Awards 2020. The game is going to start at 6 p.m. ET. (…)