Your Morning Dump... Where Tacko Fall needs to be an All-Star 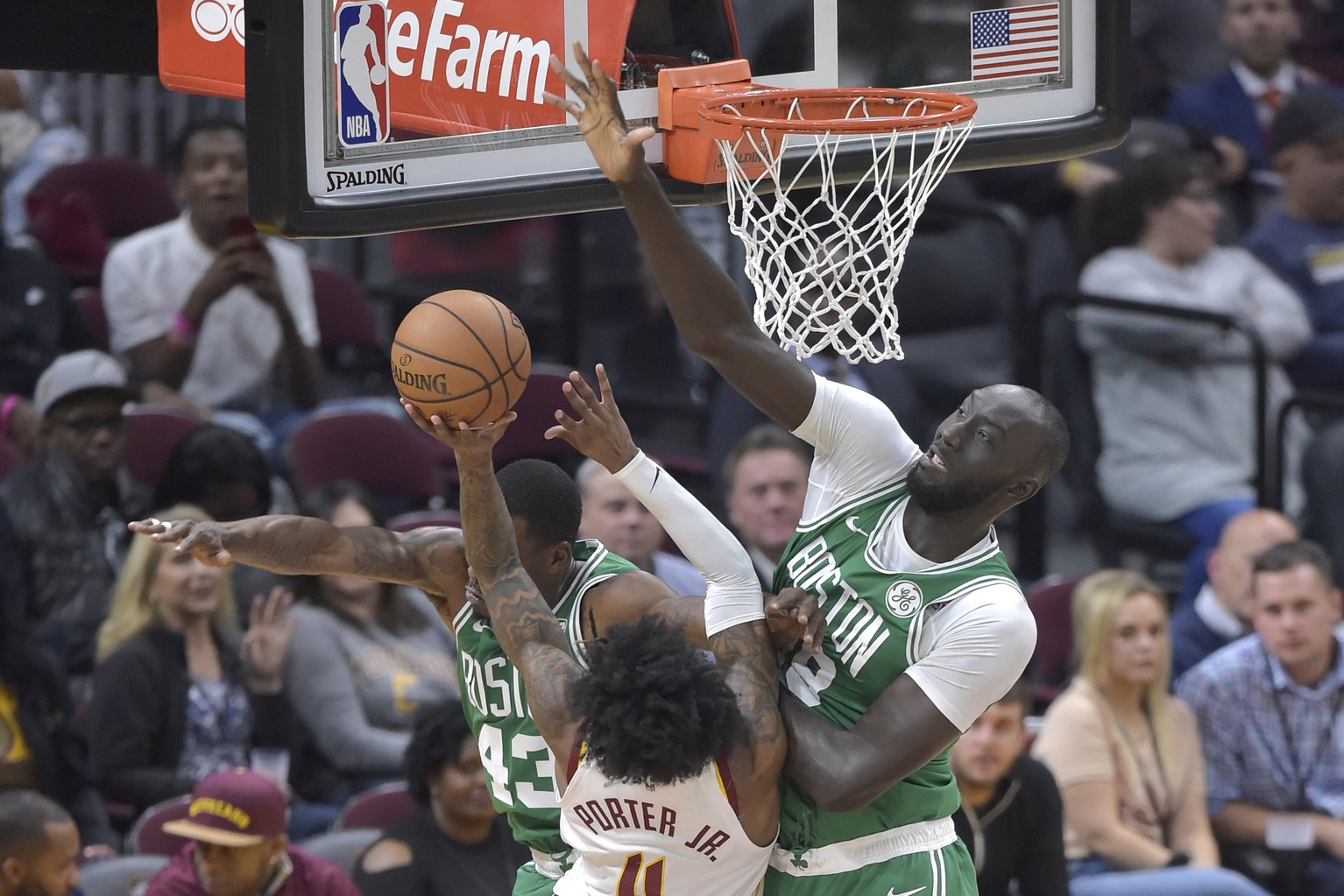 Your Morning Dump... Where Tacko Fall needs to be an All-Star

Whether he’s playing in the G League or the NBA, Tacko has undoubtedly become a fan favorite, but if you’re hoping he makes the Eastern Conference team for next month’s All-Star Game, don’t hold your breath.

But even though the 7-foot-5 phenom is a longshot to play in the game, there’s no question he’s one player that NBA fans would absolutely love to see at the league’s midseason showcase. And not just fans… his teammates are also on board the Tacko train.

Folks, we need to make Tacko Fall an All-Star.

This needs to happen. The NBA needs a John Scott moment at what is becoming an increasingly tired and irrelevant mid-February work stoppage.

The NHL had to be dragged, kicking and screaming, into going along with what was the most fun All-Star game in years.

And then in the aftermath of the John Scott business, they amended the rules to make sure that the ASG wouldn’t be that fun again.

So, I think everyone should get on board with the Tacko Fall All-Star campaign. You only get one shot at something like this. Regardless of whether or not Tacko makes the ASG, odds are the league will tweak the voting procedures so that such a moment can’t happen again, because stuff like this is random, and if there’s one thing these league officials can’t handle at their carefully choreographed “showcase”, it’s randomness.

I mean, you haven’t enjoyed any of the All-Star weekend festivities in years, have you? But you can’t quite put your finger on why, right? I mean, short of saying that all of the contests are boring, and the game itself is slightly ridiculous, it’s hard to identify just what it is that makes these activities so uninteresting.

Well, I’m here to tell you way via our good old friend the analogy:

All-Star festivities fall into a sort of sporting uncanny valley. Real sporting events are filled with randomness. Over time, in the most popular sports, rules have evolved to a sort of equilibrium that works: Basketball originally required a jump ball after each made basket (a practice derived from hockey, which is the immediate antecedent for the sport). When it became clear that basketball was capable of a much faster rate of scoring than hockey, the jump ball was eliminated in order to make the game even faster. Ditto the shot clock: It was introduced to further speed up the game.

Player innovations like the jump shot also play a part in the evolution of a popular sport.

The point is that these sports are almost like living things, gradually evolving and adapting over time. There’s a very human, very natural feel to these sports that comes from having tens of thousands of different people of all sorts each exerting some small influence on the game over a course of decades.

Then you have the All-Star weekend, which features contests with ridiculously complicated rules cooked up by a handful of people who apparently like making rules more than anything else. The result is a series of contests that feel stagy, forced, and ultimately uninteresting.

Moments like John Scott making the 2016 NHL ASG are rare instances of human randomness interfering with league scripts and league control, and they are moments that we as humans love.

At least part of the reason why we can enjoy sitting on the beach and watching the waves come in, or watch the sunset, or gaze at mountains, or even sit and watch clouds is because they are all essentially random. There are rules in place for all these phenomena, but they are below the surface. They aren’t obvious to us.

And that’s also what you like about good basketball (or good baseball, or good football, or good hockey, or good cricket, or good soccer, or good whatever): You like seeing play where the rules are not obvious: Where there isn’t a official blowing a whistle every ten seconds, where you don’t have guys (cough > HARDEN < cough) gaming the system, highlighting problems with the rules.

A pretty fast break, a well executed defensive sequence, a drive and kick to an open shooter, all of these things unfold in real time with no obvious interference from the rule book, yet all three of them are governed by rules.

Tacko Fall making the 2020 All-Star Game would be a wonderful instance of random chance interfering with a tightly scripted production, and we random humans would love it.

Honestly, that alone is a reason for voting for Tacko Fall: Sure, there might be a few people who get bent out of shape by it, but it’ll be a story that most of us will love—it’s that little bit of chaos that gets us out of bed in the morning, that reminds us that every day is just a little different than the day before. It’s a moment, in short, that reminds us what it means to be human, to be alive.