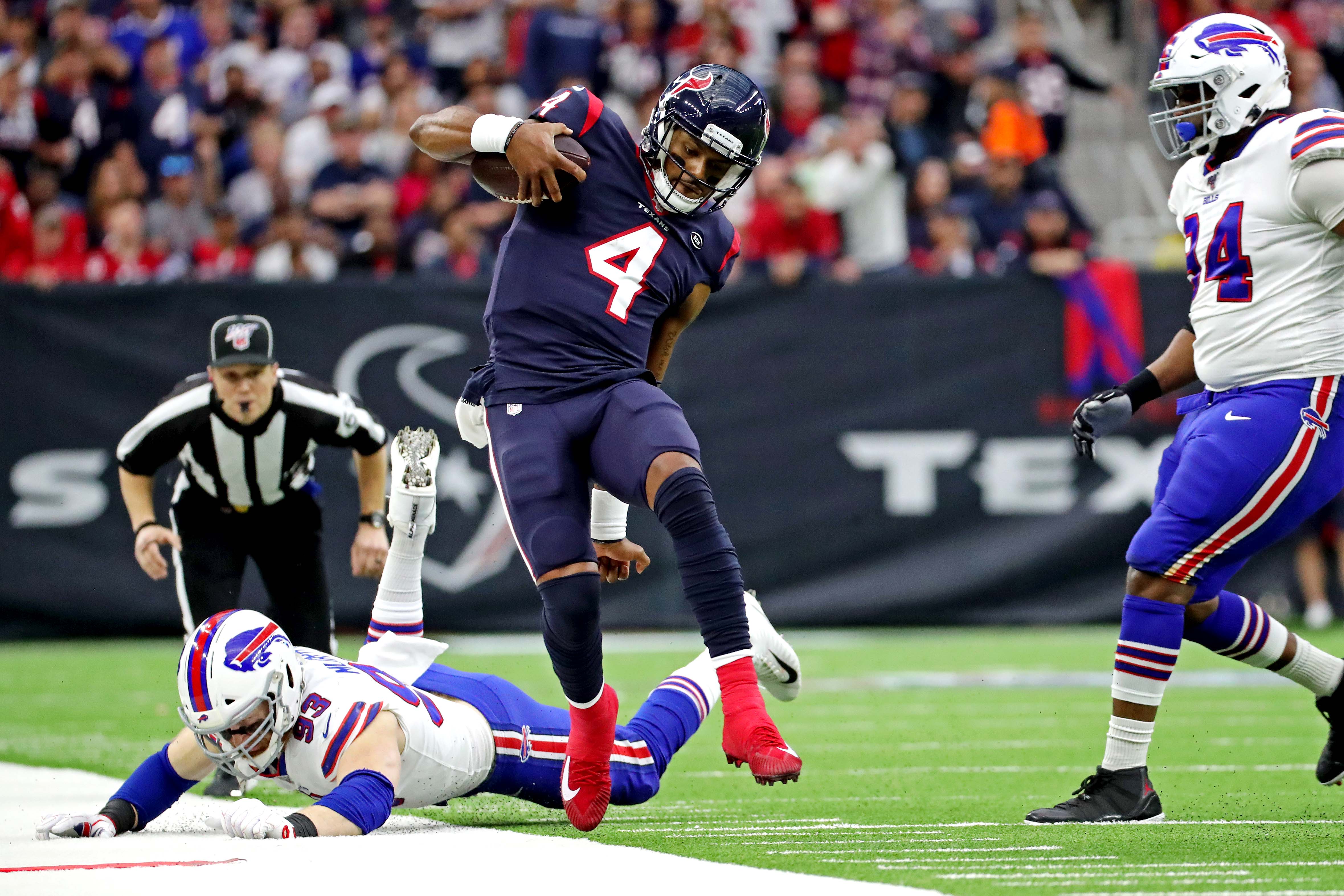 Texans quarterback Deshaun Watson called *game* late in Saturday’s divisional-round showdown against the Bills, and he showed why he’s one of the top signal-callers in the game when at his best.

The pass protection in the first half of the game was awful, and it rattled Watson, who struggled as a result, but he caught fire once the coaching staff adjusted its blocking scheme. They got Watson on the move, and it was effective.

He was sacked seven times in the game, and the Bills nearly got him for the eighth time in the contest during the overtime period, but that’s when Watson had had enough. The Bills nearly had him in their grasp, but he used a magicianlike maneuver to spin out of it and dump the ball off to running back Taiwan Jones.

Jones then did an excellent job of racking up yards after the catch for a 34-yard gain.