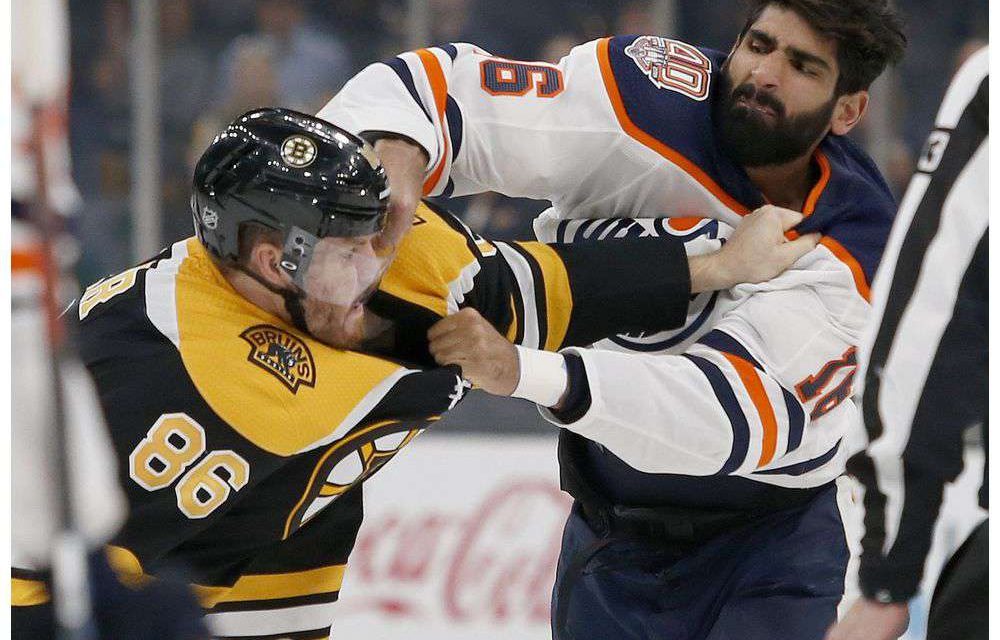 After a heartbreaking 3-2 overtime defeat in Buffalo, the Oilers shipped up to Boston and will battle the Bruins this morning at TD Garden. It is the first of two meetings on the season between the sides, who finish things up in Edmonton next month. The sides split the series a season ago, with the home team winning both tilts.

Mikko Koskinen starts for the Oilers, while Jaroslav Halak gets the go for the Bruins.

Edmonton: I don’t care how cliche it is, the Oilers need a full 60 minutes today. The Bruins are an elite team and they absolutely will make you pay if you make any kind of mistakes. The Oilers cannot afford to be careless with the puck or take their foot off the gas. It has to be full steam ahead for 60 full minutes.

Boston: Avoid a special teams battle. Yes, the Bruins are a solid powerplay and penalty kill team, but Edmonton has them beat in both areas. The big difference between these two teams? The Bruins are an elite five-on-five team. The Oilers? Not so much. Keep this game five-on-five and the Bruins should have their way.

Edmonton: Connor McDavid hasn’t been himself lately. The captain has hadn’t a signature moment in a few weeks and has been radiating frustration. It feels like it is a matter of time before he has a big night. McDavid finally started to figure the Bruins out last season. I suspect that trend continues in this contest.

Boston: David Pastrnak is currently the NHL’s best goal scorer. The first to reach 30 goals on the season, Pasta has had a sensational season on Boston’s top line. His shot might just be the best in the NHL and presents all sorts of challenges for a goaltending duo in Edmonton that is struggling to stop shots right now.

Kris Russell did not skate on Friday at Boston University but is expected to play. Caleb Jones, Patrick Russell and Sam Gagner are the healthy scratches as the Oilers keep the same lineup as Thursday.

Joakim Nordstrom (doctor’s appointment), Brad Marchand (illness) and Zdeno Chara (illness) all missed practice on Friday but are expected to play. David Backes and Danton Heinen are out up front, while Connor Clifton (upper-body) is out defensively.

Its dynamic duo Vs. dynamic duo. Connor McDavid (64) and Leon Draisaitl (63) meet Brad Marchand (59) and David Pastrnak (60). That group of four players represents four of the NHL’s five leading point producers. Only Nathan MacKinnon, who is third with 62 points, won’t be in the building on Saturday. You want star power? You got star power today.

“We seem to put our best foot forward when we play tough opponents. We’ve proven that this year,” Zack Kassian said at Agganis Arena on the campus of Boston University on Friday. “I expect nothing less.”