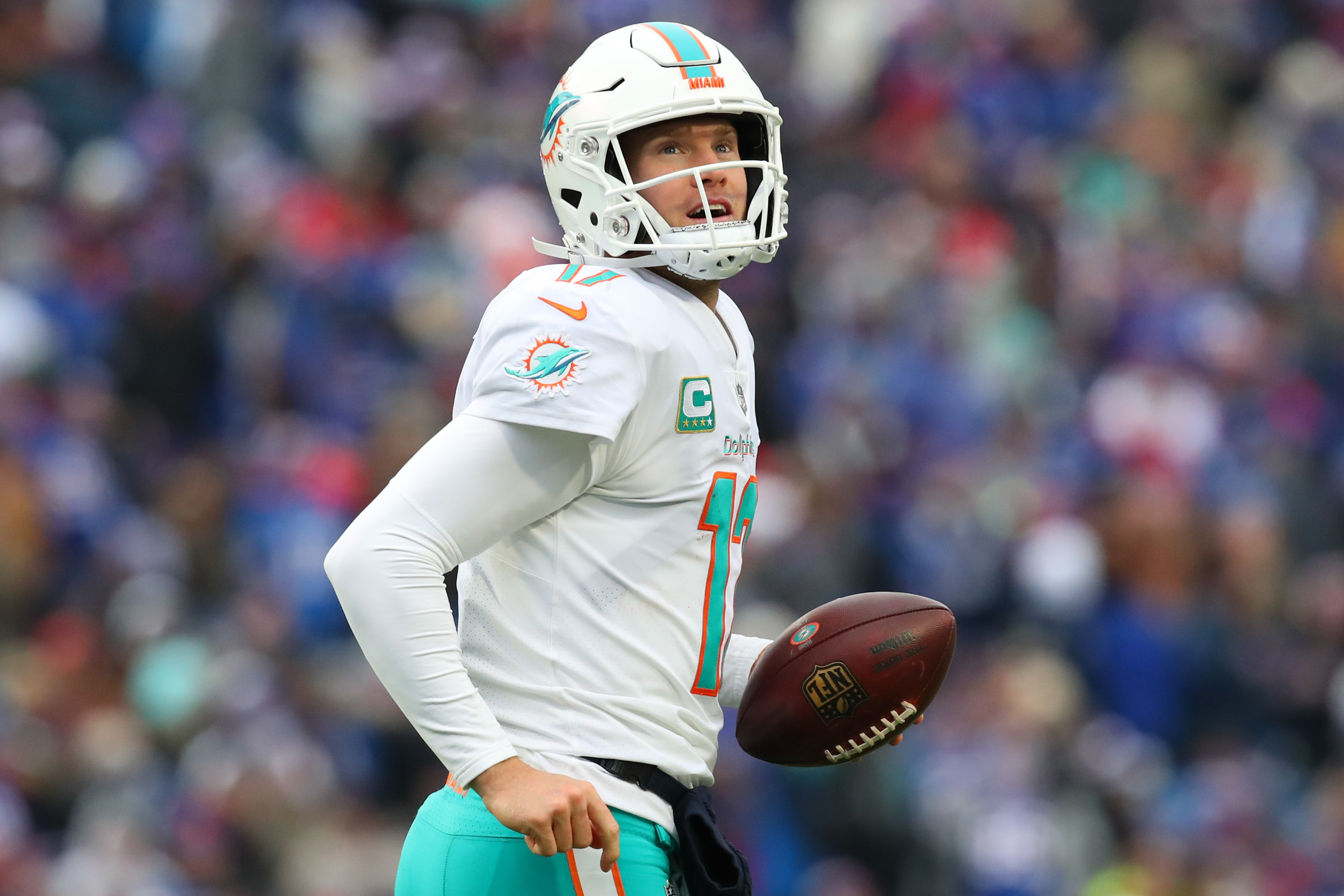 In Miami, Ryan Tannehill just didn’t pan out as a franchise quarterback.

In seven seasons, six as a starter with one lost to injury, Tannehill put up decent stats, but Miami just never really got anywhere.  They were the Dallas Cowboys of the AFC East.  They had talent, they had weapons, but they never really won- the Dolphins made the playoff just once under Tannehill, in 2016.

So following the 2018 season, the Dolphins bid adieu to Tannehill, the former first round pick, who ended up signing with the Tennessee Titans to back-up Marcus Mariota.  With Mariota, the Titans won games, including a Wild Card win over the Kansas City Chiefs before eventually falling in the Divisional round of the playoffs in 2017, losing to the Patriots.

Despite the playoff run, Mariota’s stats were down.  His interceptions up and his QB rating down by almost 20 points from the year before.  In 2018, things fared no better, as Mariota continued to put up very civilian numbers, like 11 touchdown passes in 14 games.  2019 would be a make it-or break it season for Mariota and the Titans franchise, who picked Mariota 2nd overall in 2015. Signing Tannehill was just insurance on Mariota, but what the Titans got instead, was a kind of football savior.

After benching Mariota in the middle of a Week 6 contest, Ryan Tannehill took over, and has yet to look back.  In the final ten games started by Tannehill, the Titans finished 7-3 to make the playoffs, and Tannehill put up some numbers, big time.

In ten games started, Tanehill fired off 22 touchdown passes to only five interceptions, and added another four scores on the ground for a total of 26 touchdowns in just 10 games.  The Titans offense opened up, averaging 30 points a game with Tannehill under center.  Five times they scored 30 or more and twice they scored 27 or more.

Tannehill gave the Titans something they were lacking with Mariota, a passer that could drive the football down the field, while also being a threat to run the ball.

So you take the Titans with a quarterback who is red hot right now, tack on the NFL’s leading rusher in Derrick Henry, add a plethora of receivers led by rookie A.J. Brown, a middle of the pack defense, and a head coach who won three Super Bowls as a starting linebacker for the New England Patriots, and you’ve got the makings of a “dark horse” football team in Tennessee.

While everybody is captivated by the Chiefs and Ravens, who have the league MVP’s of last year and this year, it’s the Titans that could end up upsetting some teams in the playoffs.  It’s happened before in the NFL.  Eli Manning and the 2007 NY Giants finished 10-6, then went into the playoffs as the 5th seed, and knocked off the 4th seeded Tampa Bay Bucs, the one seeded Dallas Cowboys, and the second seeded Green Bay Packers, all on the road.

If the Titans can pull off a win over the 3rd seeded Patriots on Saturday, they’ll have a date with the 1st seeded Ravens next week.  Now that’s a lot of “ifs”, but if the Titans are going to do it, it’s going to be with Ryan Tannehill, who could be this year’s dark horse quarterback.