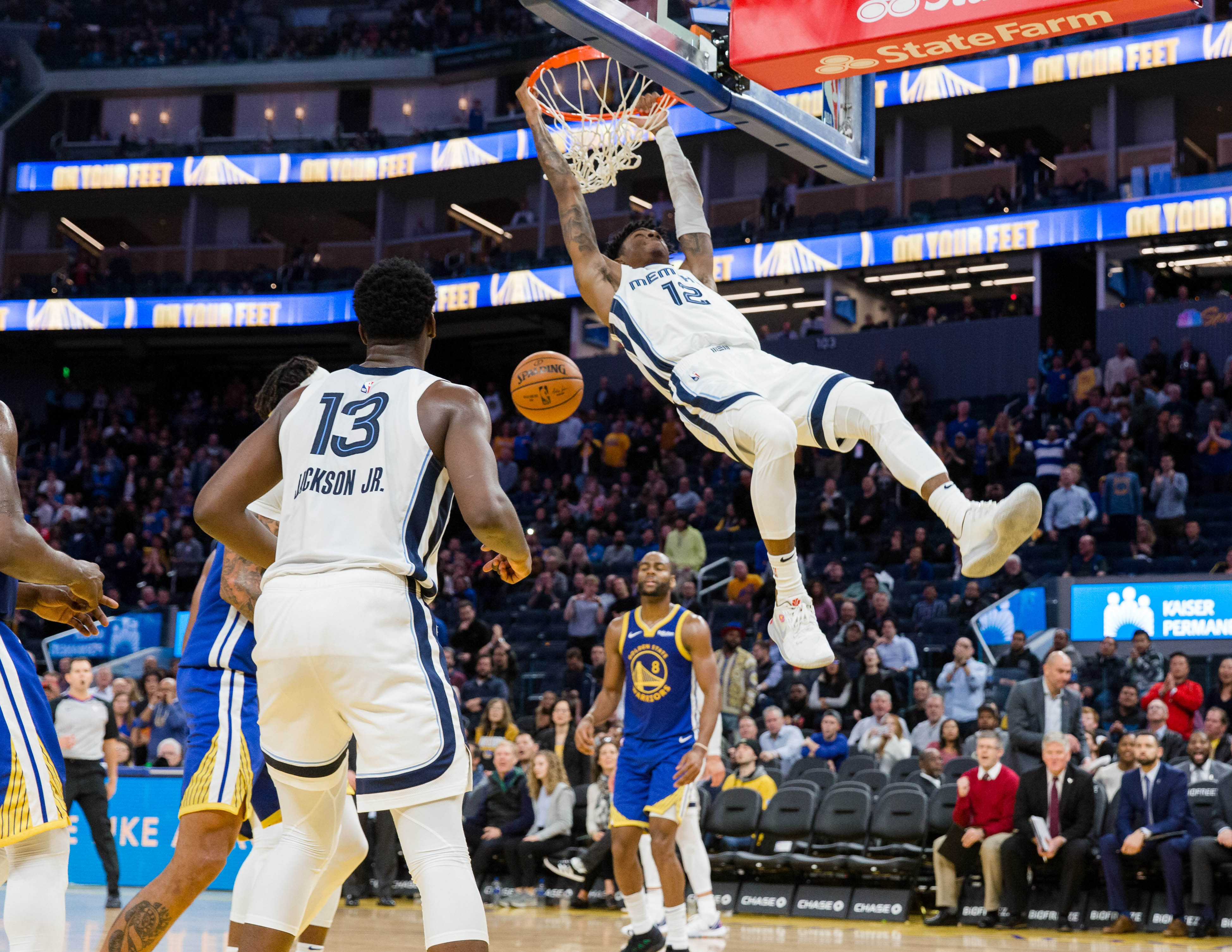 It seems like every game that Ja Morant plays this season never fails to include at least one jaw-dropping dunk, so it makes perfect sense that he would be invited to next month’s slam dunk contest. The question is: Will he do it?

According to Yahoo Sports’ Chris Haynes, the rookie point guard is still mulling the offer of participating in the event because of a recent bout with back spasms that occurred just a few months ago. That’s the only thing that would prevent Morant from participating.

If he agrees to do it, fans can expect the No. 2 overall pick to light up the night with the same electrifying dunks that he’s been throwing down all season with the Grizzlies. Here’s a few of them courtesy of Bleacher Report:

The NBA has invited Ja Morant to participate in the Dunk Contest and the star rookie is “mulling” it, per @ChrisBHaynes 👀 pic.twitter.com/3cFmcnqMBm

Clearly, there’s no shortage of hops in Morant’s game. However, the dunk contest is all about creativity and nailing your dunks on the first try in front of a packed house. Let’s hope for the sake of all the NBA fans out there that Morant is healthy enough and willing to accept his invite.