Three takeaways from the Islanders' 1-0 win over Colorado 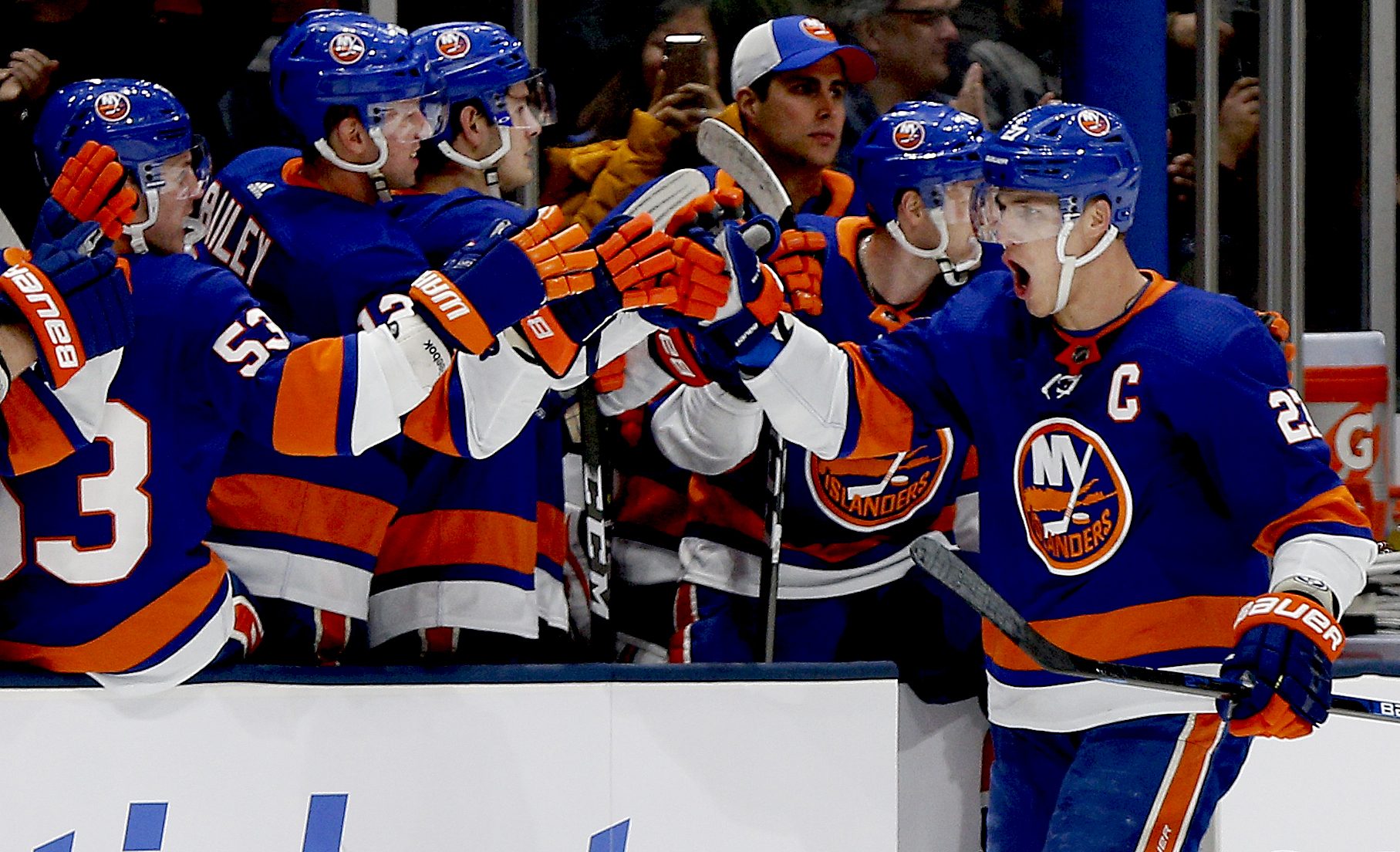 Three takeaways from the Islanders' 1-0 win over Colorado

UNIONDALE. N.Y. — The Islanders snapped a two-game skid on Monday night in a 1-0 win over the Colorado Avalanche. Anders Lee was the lone goal scorer and Semyon Varlamov made 32 saves for the Islanders.

The Islanders had dropped their last two games and had fallen in their last four at Nassau Coliseum. New York moved into second place in the Metropolitan Division with the win.

Varlamov was a difference-maker

If you’re looking for a game to highlight why Semyon Varlamov has started in the Islanders’ last five games, Monday was the perfect example of why. Varlamov was outstanding in his second shutout of the season.

His 32 stops included a flurry late in the final minutes of the game. The highlight of that being a point-blank stop on Nathan MacKinnon, which was followed up by a diving save by Jordan Eberle with Varlamov caught out of position.

It likely didn’t hurt that Varlamov was suiting up against his former team for the first time since signing with the Islanders during the offseason.

“I played for them for a long time, for eight years. Of course this one is a special one,” Varlamov said. “It was really weird; I’m not going to lie. It was very weird. But I guess I just tried to stay focused on my own things. I just tried to do my own job. I’m glad we won.”

The Islanders netminder received plenty of praise from his teammates and coach for his effort on Monday and the previous four games. He’s gone 3-2-0 in his five straight starts.

Thomas Greiss is expected to start for the Islander on Tuesday when they face the New Jersey Devils in Newark in the second game of a back to back.

“As I say, I have a 1A and 1B (goalie) and I never know which they are,” Islanders head coach Barry Trotz said. “They’re a big part of where we are. Varly has had some games where I’ve given him traction here.”

New York finished the night against Colorado with 33 blocked shots, tying a club record. The last time the Islanders jumped in front of that many shots it had been back on Oct. 19 against the Columbus Blue Jackets.

Notably, Matt Martin blocked a big shot in the second period, which stung him a little. Eberle also jumped in front of a shot in the third.

“When it’s not going into the net you have to keep it out of your own,” Matt Martin said. “I thought we were pretty desperate there. Ebs obviously late putting out the big block. Guys sacrificing their body in a 1-0 game to keep it 1-0. Proud of the way we fought.”

The Islanders also managed to keep one of the most offensively potent teams from finding the back of the net on the man-advantage. In Colorado’s lone power-play chance, the Islanders didn’t allow any shots on net in the two-minute span.

The strong defensive effort also helped the Islanders from getting too frustrated over their lack of scoring.

“Tonight was one of those nights where we just needed one,” Anders Lee said. “It’s not going to happen like that very often. (When) you have a goaltender like that and our defensive commitment it gives us a chance every night.”

Scoring still hard to come by

The Islanders scored just their second goal over their last three games. By comparison, the Avalanche had scored 12 goals in their last two.

The Islanders went 139:21 without a goal before Lee scored at the 6:54 mark of the third period. It was a goal the Islanders desperately needed and, for the Islanders’ sake, it sparks the team’s offense.

“You want to get one for the boys,” Lee said about breaking the scoring drought. “We’ve all been gripping (our sticks) a little tightly and we’re in a 0-0 hockey game in the third period in our building. Just a good opportunity to win a game. Just to get one was a relief on everyone.”