Young Packers Look to Vets to Teach Them About Playoff Football 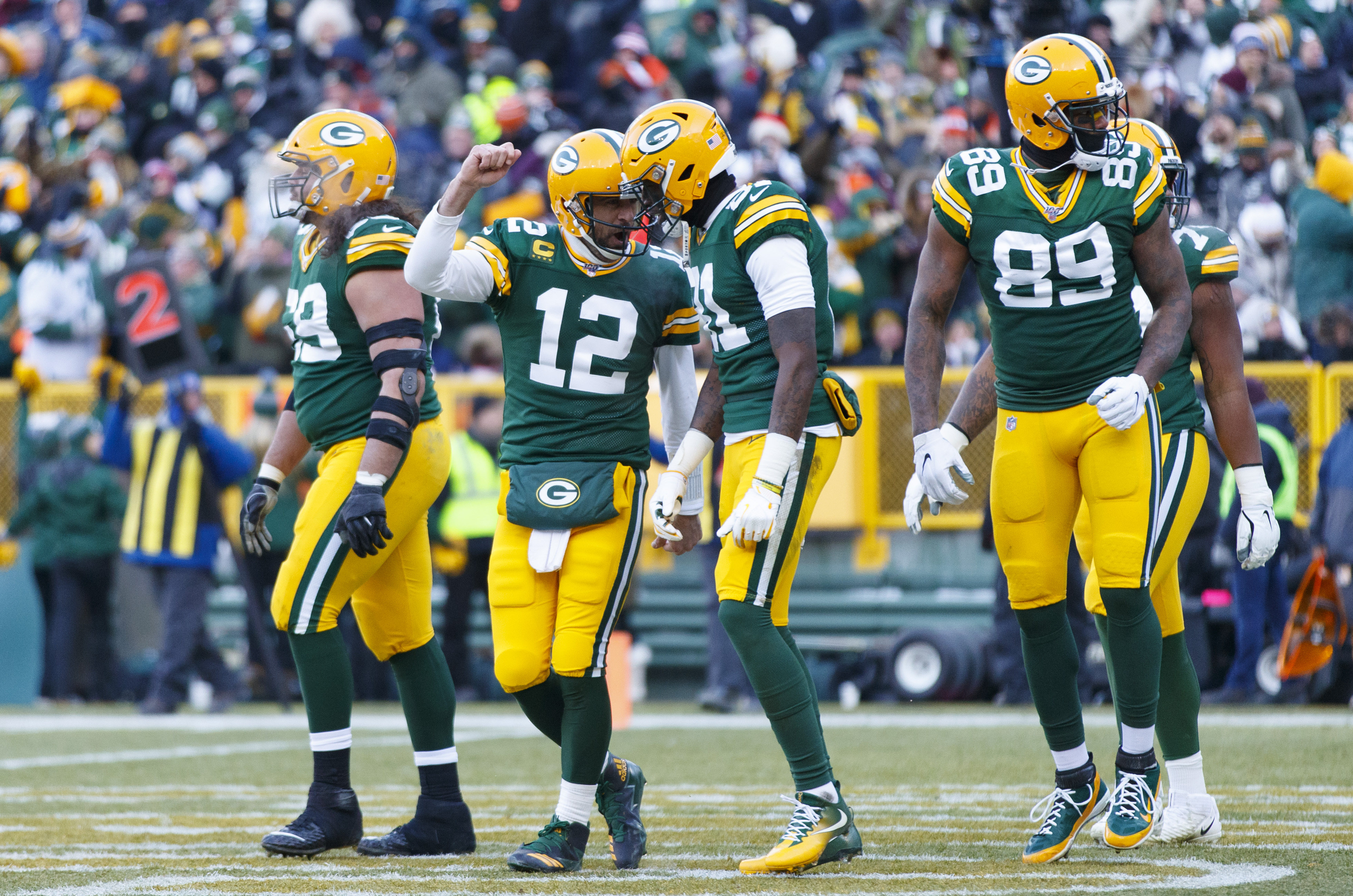 Young Packers Look to Vets to Teach Them About Playoff Football

Yes, Aaron Rodgers has played 17 games in the playoffs and led the Packers to a victory in Super Bowl XLV. Mason Crosby was the kicker on that team and Tramon Williams was a starting cornerback. Bryan Bulaga was a rookie in 2010.

The Packers only have a handful of other players with playoff experience. Blake Martinez is the only starter on defense left who also started on the 2016 squad which was the last Packers team to reach the playoffs. Kenny Clark was on the team but started only two games that season. Za’Darius Smith played one playoff game with the Ravens in 2018 while Preston Smith played one postseason contest with Washington (against Green Bay) in 2015. Safety Adrian Amos played in the double doink game with the Bears last season.

On offense, Davante Adams was a starter while Geronimo Allison was a reserve on the 2016 team. Center Corey Linsley has seven playoff games under his belt and David Bakhtiari has played in seven games in the postseason. Both Marcedes Lewis and Jimmy Graham have playoff experience at tight end.

That means there are a high number of Packers players with minimal or no playoff experience. Head coach Matt LaFleur has also never been head coach or even called the plays during a postseason game.

How will this affect the Packers on Sunday? The Packers clearly have the leadership necessary to help the younger players through the experience but there is nothing like the real thing as they say.

Tramon Williams has said the younger players need to look at this game and try not to get too emotional. “Keep it as even-keeled as possible,” he said after Monday’s practice. “Obviously, the outside, the media, different things are going to make it seem bigger than it is but it’s the same game. Different opponents, same game, different weeks and you can stick to knowing that it’s just a game and you’ll be able to focus on what’s really ahead of you and for us that’s the Seattle Seahawks.”

Rodgers meanwhile also tried to sum up how to approach playoff football. “You have a chance to start fresh and you have a chance to carry on, however you enter the playoffs,” the quarterback said. “You have to try to harness that energy. We won five in a row, but no one here is going to say we’re on a tear, because you guys like telling us we’re just kind of an average team that just knows how to win, which is fine, but we’re two wins from the Super Bowl, so our focus is finding what works, what we like from the first 16 weeks, what we want to adjust here and go out and execute.”

Many of the veterans are taking it upon themselves to help the younger players learn what playoff football is all about. “I feel like as a vet it’s my obligation and my responsibility to let them know what’s in front of us,” wide receiver Davante Adams said. “Obviously, they’re aware but being in two NFC Championship Games already, I’ve been really close to that game [the Super Bowl]. I’m definitely excited but probably a little less than they are at this point because I still know we have a lot of work ahead of us. As long as I can make the guys aware of that I feel like we’re in a good spot.”

Some of the Packers younger players have said the veterans have been helpful to their preparation.

“I’ve been speaking to Tramon. He’s been filling me in, he’s been filling a couple of us in on just how important these games are and the intensity,” second year cornerback Jaire Alexander said. “I anticipate it being similar to the Vikings game, you know, high stakes. I asked Tramon and he’s like, the game, everything matters, every play. So, the stakes are going to be higher. I’ve just got to be on my job even more.”

Rookie first-round pick Darnell Savage added, “Tramon just keeps everything even keel, he’s just a calm, cool and collected guy so when you’ve got a veteran guy like that and you see how relaxed he is, how cool he is, then it’s easy to just kind of follow that.”

The younger Packers players realize what’s on the line. “You’ve got a lot to prove for sure. It’s one of the things, especially being a young guy, you want to prove that you and play with the big boys. It’s no rookie anymore, it’s playoffs,” said rookie tight end Jace Sternberger. “You’ve been a rookie for 16 weeks now. Sooner or later that title has to go away. At this point, nobody really cares how old you are, you’ve just got to go out there and play.”

Sunday will be the first NFL playoff game for a lot of Packers players. They all hope their second one will follow just one week later.