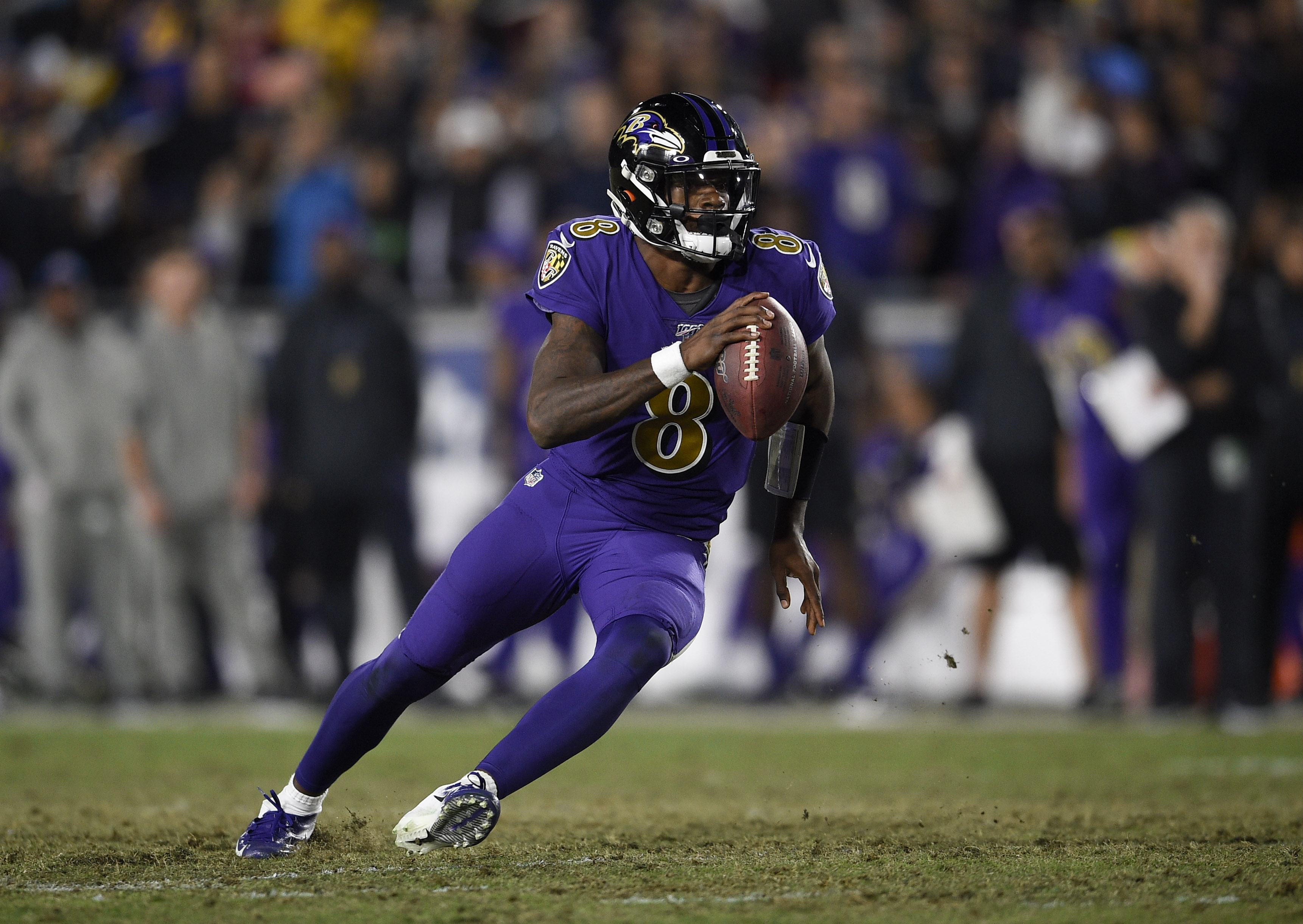 If the Titans are to move on to the AFC Championship game, they’ll have to go through Baltimore to get there. That means Tennessee’s defense will have to find a way to contain Lamar Jackson, and that’s easier said than done.

The Ravens quarterback has beaten defenses with his arm plenty of times, but it’s his legs that make him so dynamic. Jackson’s ability to make defenders miss with an array of spins and jukes has made tackling him a nightmare, and Tennessee’s players are aware of that going into Saturday’s divisional-round game.

“He’ll juke you,” Titans safety Kenny Vaccaro said of Jackson, via Jim Wyatt of the team’s official website. “You just have to get multiple guys around him. Any time you try to do a kill shot you’ll probably get juked off the screen … and end up on The Checkdown on Instagram. You don’t want to end up on the highlight reels or on ‘C’Mon Man!’ or something like that. So you have to be able to breakdown, be a sound tackler, keep your eyes up and keep moving. You just have to play hard, play fast and be physical.”

The Titans didn’t have to worry about the opposing quarterback running the ball in their win over the New England Patriots last weekend as a helpless Tom Brady was forced to make plays with his arm alone. Jackson is a whole different monster. Not only did he lead the league in touchdown passes (36) during the regular season, but he finished with the sixth-most rushing yards (1,206) in the NFL.

As Titans defensive lineman Jurrell Casey explained, Jackson is simply not of this world. “He’s from Mars. He’s definitely an outer-space guy. He’s unbelievable. The stuff that he’s doing so far this season, it’s unreal.”

We’ll see if the Titans can get a handle on Jackson. So far, no team has truly managed to make him look human, but anything can happen in the playoffs.