John Beilein clarifies what he meant by alleged 'thugs' comment 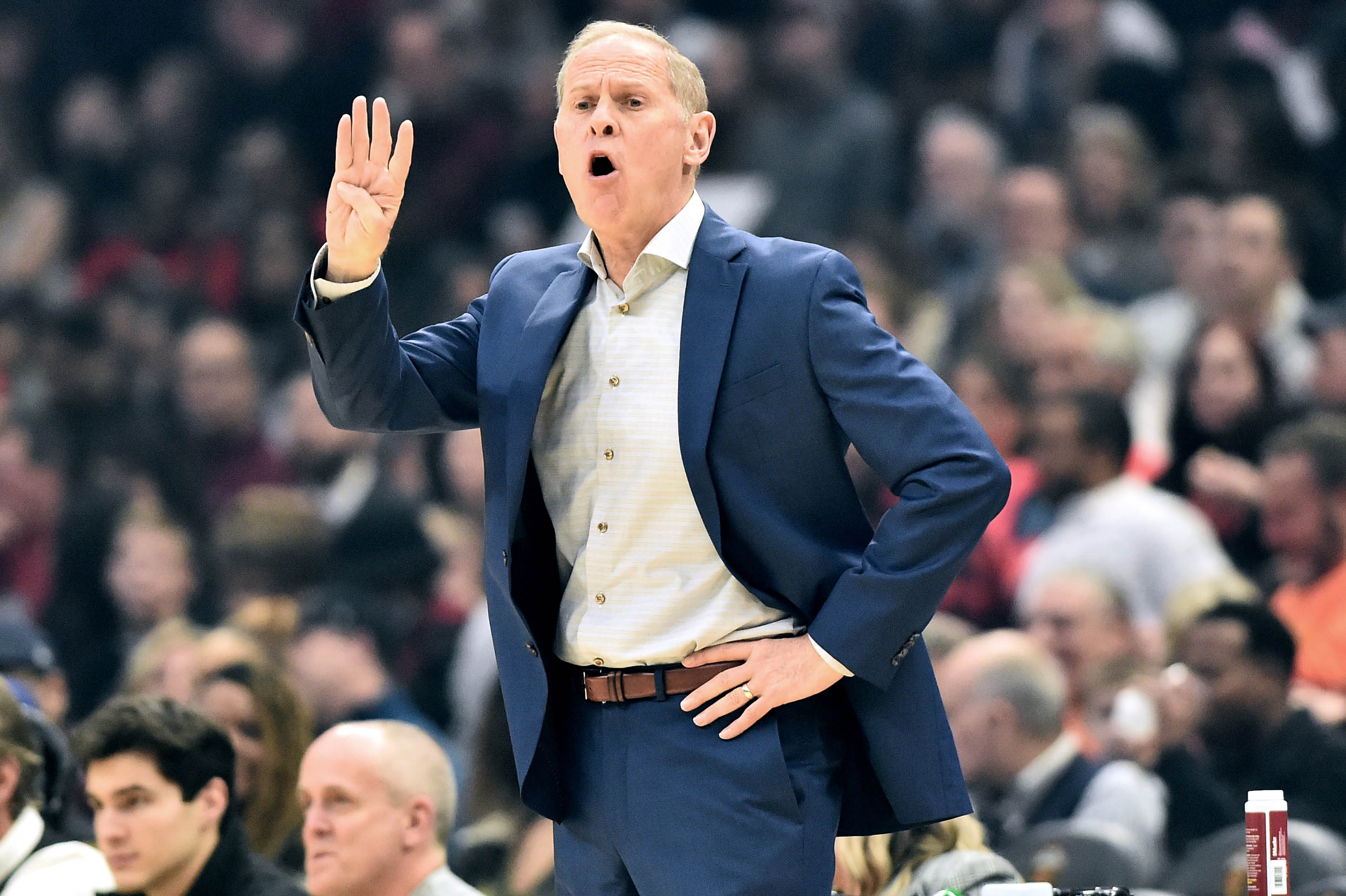 John Beilein clarifies what he meant by alleged 'thugs' comment

Cavs head coach John Beilein hasn’t even been at the helm for a half-season yet, but somehow, it appears as if he’s already lost the locker room.

Beilein has been forced to deal with outbursts from veteran star Kevin Love, which has now spread onto the court, and even into general manager Koby Altman’s office. The team also dealt with some dissension from Jordan Clarkson, which is likely what led to him being traded away to the Jazz — which is exactly what will probably happen to Love, although his landing spot remains to be seen, especially given how hefty his contract is.

And now, he’s been under even more scrutiny, after a report stated that he told the team they were no longer playing “like a bunch of thugs” in a recent film session.

Obviously, that didn’t go over well with players. Beilein clarified what he meant to say on Wednesday, and apparently, he meant “slugs,” not “thugs.”

Beilein: “I didn’t realize I had said the word 'thugs' but my staff told me later I did and so I must have said it. I meant to say slugs, as in slow moving. We weren’t playing hard before…now we were playing harder. That’s what I was trying to say. I meant it as a compliment." https://t.co/BEhvH4xOuc

It’s a he said-she said game at this point, and it’s hard to decipher what’s true, and what’s just PR noise, but this is Beilein’s side of the story. Either way, his tenure in Cleveland could not be off to a more rocky start.