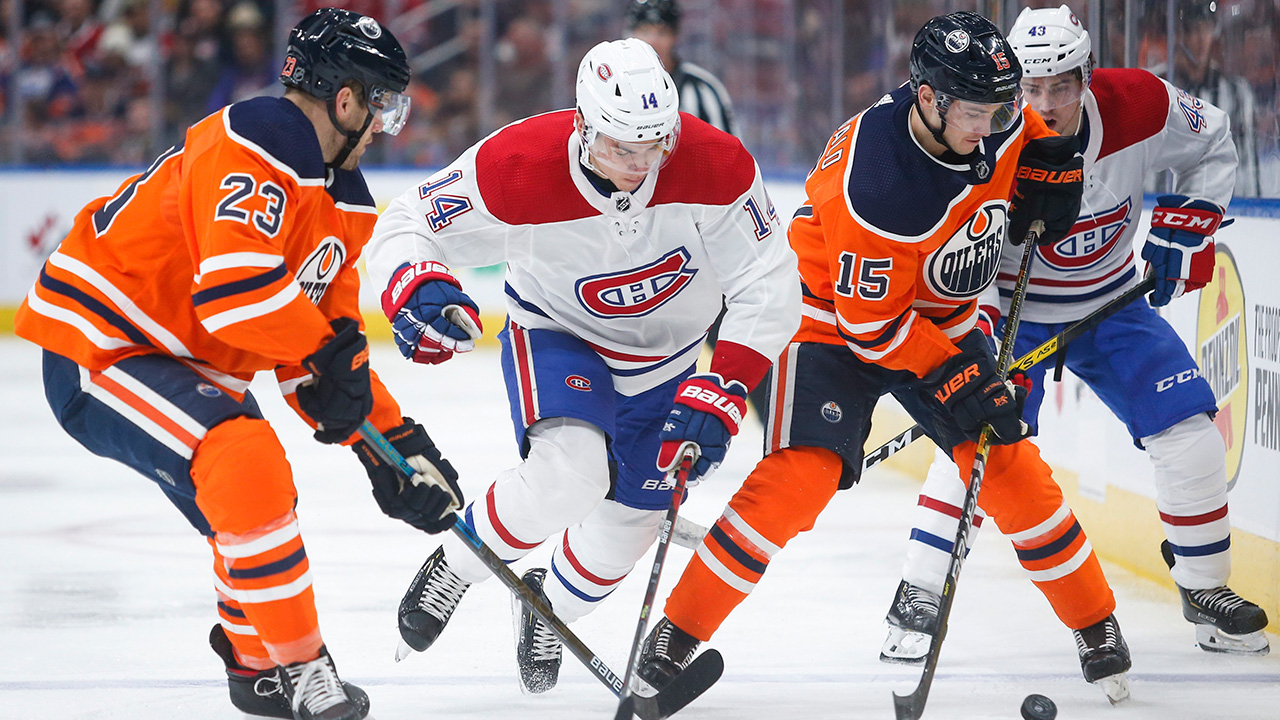 The Edmonton Oilers conclude the eastern portion of their five-game road trip tonight in Montreal when they battle the Canadiens. It is the second and final meeting of the season between the foes, who met last moth in Edmonton, a game the Oilers won 4-3.

Edmonton has had quite an impressive start to this trip. After dropping an overtime decision in Buffalo, the Oilers rebounded to collect regulation wins against both the Bruins and Maple Leafs.

Mike Smith starts for the Oilers, while Carey Price gets the nod for the Canadiens.

Edmonton: Strong starts are key. The Canadiens have lost seven in a row and have little confidence. The Oilers, on the other hand, are the most confident they have been in months. Another solid start for the road team could have the Habs folding early. The Oilers have to come out with the same urgency they did against Toronto and push the pace in the opening period of play.

Montreal: Open things up. The Canadiens aren’t going to win this game if they allow the Oilers to play a structured game and dictate the pace. The Canadiens should want to trade chances with the Oilers and get Mike Smith involved in the contest. Open things up and try to get a lackluster Edmonton defense to buckle under the pressure.

Edmonton: Sam Gagner returns to the lineup, replacing Jujhar Khaira. Gagner’s speed and skill game should flourish in this matchup. Although he has his warts, Gagner is still a solid offensive player and should be able to produce in a depth role. He’ll be in the bottom six tonight, and I’m interested to see if he can feast on the bottom of Montreal’s depth chart.

Montreal: The Canadiens shocked everyone by signing Ilya Kovalchuk last week. Tonight, the Russian sniper will play in his 900th career NHL game. Kovalchuk is playing his third game with Montreal and should be more comfortable than he was on Monday and Tuesday. Will the sniper have a big moment on his big night?

Khaira, who has struggled as of late, is out tonight for Gagner. Patrick Russell remains a healthy scratch, while William Lagesson sits defensively. Matt Benning remains out with a concussion, but did skate with the club yesterday.

Brendan Gallagher (concussion) and Jonathan Drouin (wrist) are both injured and remain on injured reserve. Those are two huge losses for a club also without veteran Paul Byron (knee) and Joel Armia (upper-body).

“It’s a good feeling for a team to come in here and win,” Dave Tippett told reporters on Monday night after a huge victory in Toronto. “We wanted to really play our game, our guys are playing with confidence.” The Oilers hope to parlay that confidence into their first three-game winning streak since October.

This matchup has been quite kind to the Oilers in recent seasons. The club is 9-2-1 in their last 12 with the Canadiens, including a 4-3 victory on December 21st at Rogers Place. The Oilers have also beaten Carey Price nine times in 12 tries. He has a paltry .859 save percentage against them.

Connor McDavid, once again, is in special company. His 69 points through 45 games is the most by an Oiler since Wayne Gretzky had 86 points during the 1987-88 season. 23 of those 69 points have come in the third period. That is the most third period points in the NHL, tied with Chicago superstar Patrick Kane.