Your Morning Dump... Where the officials blame "profanity" for Kemba Walker's ejection 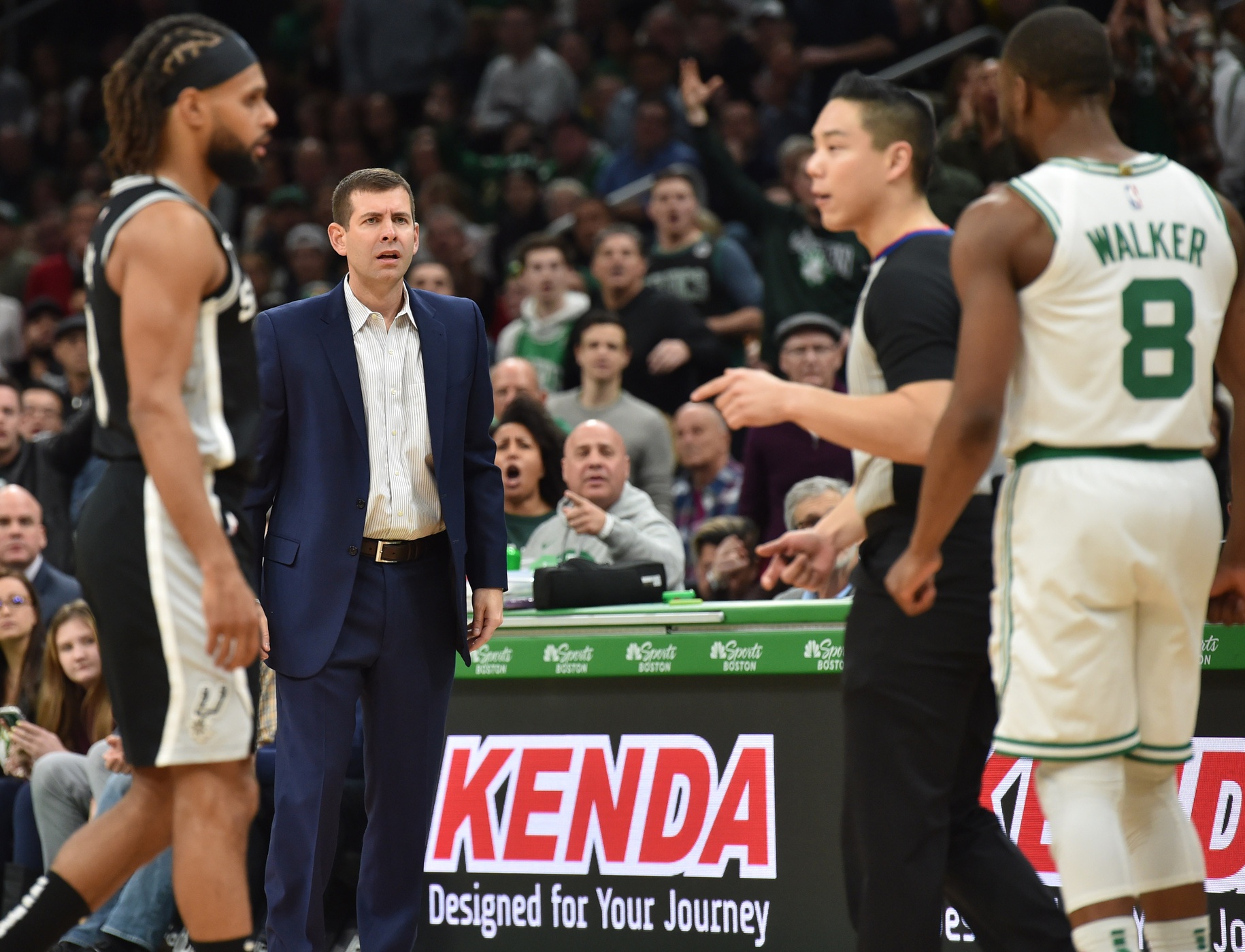 Your Morning Dump... Where the officials blame "profanity" for Kemba Walker's ejection

“I thought I was being nice. I thought the ref missed the call, I voiced my opinion, and the rest is history,” he said. “I guess he felt I said a little bit too much. That’s his choice. It’s on those guys to make a decision, and he made it.”

Officiating crew chief Rodney Mott later told a pool reporter that Aldridge’s screen was deemed to be legal, and that Walker used “profanity,” prompting the first whistle, and then earned his ejection by continuing to use profanity.

Walker countered that he didn’t get “personal,” and that he deserved more leeway.

“I mean, it’s the first time I’ve been ejected in my whole life. I am a two-time sportsmanship award winner as well. So maybe I should get a little leeway,” he said. “I watch a lot of basketball. I’ve seen other guys doing a lot worse. But like I said, the choice was his. He made it. He got me out of there, and what can I do? Really just forget about it at this point. We lost, I got ejected, and we have another one (today). Just try to go out there (Thursday) and see what we can do against a very tough team and try to get a win.

While I don’t know Kemba personally, he seems like the nicest guy in the world, and one of the most level-headed players on the court. So I think he had some right to argue with referee Evan Scott after he was FLATTENED by Aldridge.

Kemba Walker has been ejected from game vs. Spurs 🤦 pic.twitter.com/cXCXaRaiAO

Instead of a foul and a potential Celtics comeback, we got a Kemba ejection, Brad profanities, a fan tossing a Truly onto the court (and subsequently arrested), and a 17-3 run by the Spurs. That run was enough to seal the Celtics’ fate and drop them to 25-10.

This isn’t an other team problem, this is a Celtics’ problem. They are totally responsible for their recent struggles. They somehow need to find their edge again, turn back into predators, and regain their swagger. Every team goes through slumps, but the issue here is the Celtics are getting buried early — like 22-3 — and then are forced to play near-perfect basketball to prevail.

“The last two games we didn’t play hard enough; we got outplayed in terms of effort,” forward Jayson Tatum said. “I don’t want to make any excuses. We just simply have to play harder, play tougher.

“Yeah, it’s tough because I think that’s what we hang our hat on is competing, playing hard as a group. We didn’t do that these last two games.”

Hard to argue with Tatum here. The Celtics are 26th in first-quarter scoring, compared to 2nd in fourth-quarter scoring this season. Let that sink in…

On Page 2, Tacko provides a jolt of energy

Tacko Fall got meaningful minutes! He played four minutes, missed a shot, grabbed a rebound, and had a steal. He was not great, but he was also not horrible. He set decent picks and he was actually a deterrent on Spurs drives. He’s just a bit slow and he got winded.

Fall’s playing time in the second quarter was more of a ploy by Stevens to interject some energy into the crowd and his players, but how can you not love this guy? A fan favorite in his rookie year with a 26.6 PER, here’s to hoping Tacko continues to develop into the machine we all think he can be.

Just listen to that crowd!

And finally, up close with Semi Ojeleye’s mass.

I had the privilege of watching the Celtics warm-up courtside last night due to a volunteer event and was able to see some of the guys up close and personal. What really stood out to me was the sheer SIZE of Semi. I know he has nicknames like “Muscle Jesus,” but seeing him up close gave me a true appreciation for the physical specimen he is. In the other picture is Javonte Green doing a pregame shimmy, but just compare leg sizes for a minute. Crazy.

Boston.com: A 22-year-old Everett man was arrested during the Celtics-Spurs game

CBS Sports: Spurs vs. Celtics: A missed call, three technicals, an ejection and an arrest: Breaking down a wild sequence

NBC Sports Boston: That L is not on the refs