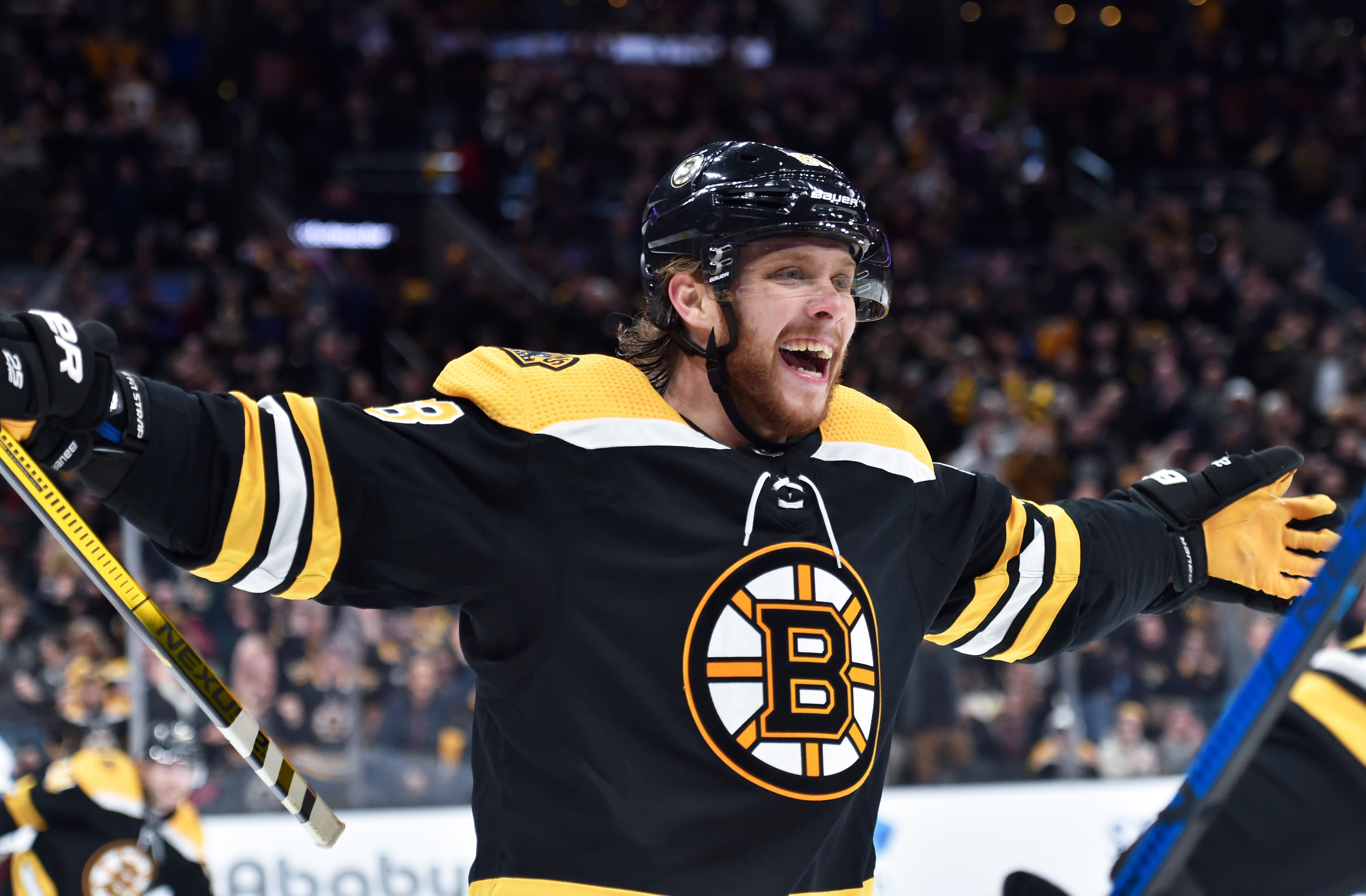 David Pastrnak of Havirov, Czech Republic continued his fine season on Thursday with a hat trick in a 5-4 Boston Bruins win over the Winnipeg Jets at TD Garden in Boston, MA. For Pastrnak, it was his eighth hat trick of his NHL career and third this season as he also scored thrice in one game in a 4-2 Boston win over the Anaheim Ducks on October 14 and again in an 8-1 triumph over the Montreal Canadiens on November 26. Pastrnak also leads the NHL in hat tricks in 2019-20.

In the one goal win over Winnipeg, Pastrnak tied the game at one goal apiece with a marker from Sean Kuraly of Dublin, OH and Joakim Nodstrom at 17:14 of the first period. Pastrnak then tied the game at two goals apiece with a power play marker from Torey Krug of Royal Oak, MI and Brad Marchand at 9:41 of the second period. Then at 11:13 of the third period, Pastrnak scored the game winning goal from David Krejci and Jake DeBrusk to put Boston up 4-3.

Pastrnak was one of two Bruins with a multi-point game. DeBrusk also had three points as he notched two goals and one assist.

Pastrnak is quite simply having a remarkable season. He leads the National Hockey League in goals with 35 and power play goals with 16. Pastrnak also has 30 assists, 65 points, is a +16 with 30 penalty minute minutes, six game winning goals, 27 power play points, 178 shots on goal, three faceoff wins, 14 blocked shots, 39 hits, 39 takeaways and 68 giveaways.

With the win, the Bruins have the second most points in the NHL with 63 points. With a record of 26 wins, eight regulation losses and 11 losses in extra time, they are two points back of the Washington Capitals.