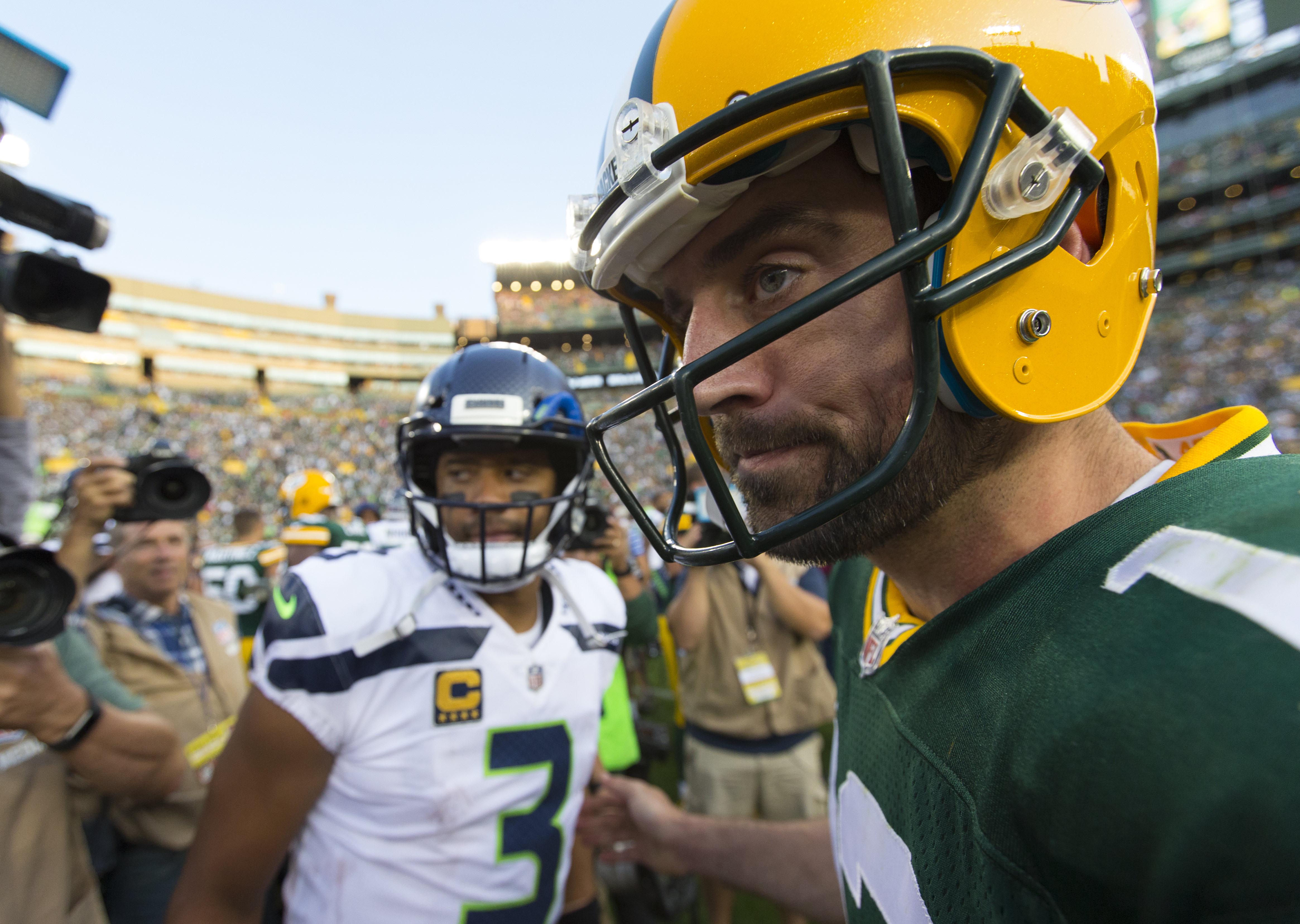 The Green Bay Packers and Seattle Seahawks are set to meet this Sunday for the fourth time in the playoffs. Each of the first three games have been exciting contests filled with memorable moments, thrills and heartbreak for both teams.

The Packers hold a 2-1 edge in the postseason with both wins coming at Lambeau Field. The Seahawks won the only postseason meeting between the two teams in Seattle.

Here is a look back at the previous playoff meetings between these two NFC rivals:

The Packers won the first meeting between these two teams in the Wild Card round of the 2003 playoffs. Both teams finished the regular season with 10-6 records. The Packers were led by Hall of Famer Brett Favre while his former backup, Matt Hasselbeck, quarterbacked Seattle. Former Packers coach Mike Holmgren was also coaching the Seahawks.

The Packers led 13-6 at halftime on a pair of Ryan Longwell field goals and a 23-yard touchdown toss from Favre to tight end Bubba Franks.

The second half was a back and forth affair. In the third quarter, the Seahawks took a 20-13 lead after a pair of one-yard touchdown runs by running back Shaun Alexander.

Hasselbeck led the Seahawks downfield for the tying score with 51 seconds left in regulation and Alexander scored his third touchdown of the game to even the score at 27-27.

Favre gave the Packers a chance to win in regulation, but Longwell’s 47-yard field goal try fell short, sending the game to overtime.

The Seahawks won the toss and Hasselbeck famously told the referee, “We want the ball and we’re going to score!”

On Seattle’s second possession of overtime, Hasselbeck’s pass into the flat near midfield was intercepted by Packers cornerback Al Harris who ran it back 52 yards for the winning touchdown. It was the first time in NFL postseason history that an overtime game ended with a defensive touchdown.

Favre finished the game 26-of-38 for 319 yards and a touchdown while Javon Walker caught five passes for 111 yards to pace the Green Bay attack. The Packers advanced to face the Eagles the following week in Philadelphia.

Things couldn’t have started off too much worse for Packers running back Ryan Grant in the 2007 NFC Divisional Playoffs. The Packers lead back fumbled twice in the first four minutes of the game and the Seahawks took a quick 14-0 lead as a result.

But Grant got a chance for redemption and he managed to come through in spectacular fashion. The former Notre Dame star finished the game with Packers postseason record 201 yards rushing and three touchdowns as the Packers defeated the Seahawks 42-20 in a driving snowstorm.

Despite the bad weather, Brett Favre was able to throw for three touchdown passes including a pair to Greg Jennings. The Packers defense held Shaun Alexander to just 20 yards on nine carries.

The game ended up being the final win for Brett Favre in a Packers uniform. The following week, the Packers fell to the New York Giants in overtime on a bitterly cold day at Lambeau Field.

This game remains a sore spot for Packers fans. The underdog Packers jumped out to a 16-0 lead in the first quarter. Aaron Rodgers found Randall Cobb for a 13-yard touchdown toss for the only touchdown of the first half. Green Bay had a chance to make that a bigger lead but settled for three field goals by Mason Crosby including 18 and 19-yard kicks. Had the Packers cashed in any of these chances for a touchdown they could have put the game out of reach early.

The 16-0 lead held until the third quarter when the Seahawks scored on a fake field goal. Former Packers punter Jon Ryan threw a 19-yard toss to Garry Gilliam to get Seattle on the board and make the score 16-7.

The Packers responded early in the fourth quarter with another field goal by Crosby, this time from 48 yards out and the Pack led 19-7.

But in the closing minutes, the Seahawks scored on a one-yard run by quarterback Russell Wilson and then recovered an onside kick that went right through the hands of a Packers player and set up a 24-yard touchdown dash by Marshawn Lynch that gave Seattle an improbable 22-19 lead with just 1:24 remaining in the fourth quarter.

The Packers answered, however, as Rodgers got the team into field goal range and Crosby hit a 48-yard kick with 14 seconds left to send the game into overtime.

Seattle won the overtime coin toss and scored on their first drive of the extra session when Wilson found Jermaine Kearse for a 35-yard score which sent Seattle to the Super Bowl.

The Packers lost this game despite forcing five turnovers including four interceptions of Wilson.

For the Packers, this was a golden opportunity that slipped away. “We were the better team today, we played well enough to win,” Rodgers said after the game. “We can’t blame anybody but ourselves.”

The next chapter in this playoff rivalry will come Sunday. The Packers are certainly hoping for different results than the last time these two teams met.