Your Morning Dump... Where it's time for everyone to panic

Your Morning Dump... Where it's time for everyone to panic 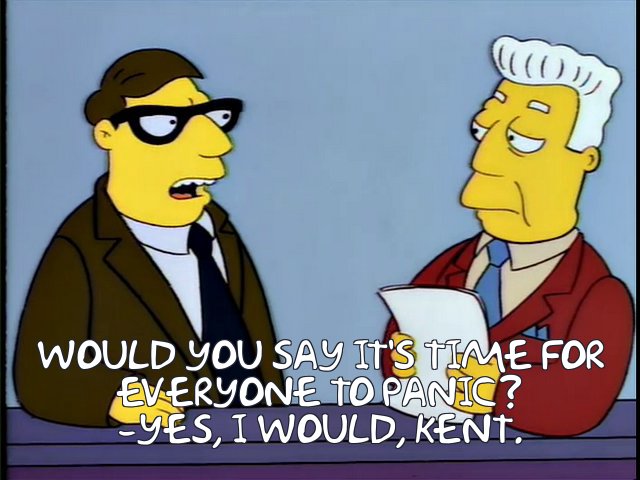 “We are trying to figure that out. We just haven’t played hard,” Marcus Smart said. “They got easy transition baskets on us because of our mistakes. We just got to turn it around. Like I told everybody, it’s part of the game, you are not going to play perfect, the game is not going to be perfect, you are going to have games, we got a lot of basketball left. Just fix it, got to figure it out. Hopefully we figure it out sooner than later.”

Are they willing and able to do the things necessary to make it through this part of the schedule? Are the players on this roster willing to do the hard things when these slumps hit, or are they going to give lazy, false efforts that makes it seem like they’re trying but they’re really not.

We can tell the difference.

Ok, we’ve seen the Jays flourish for a while and the team struggle for rhythm with Hayward back. They probably can’t afford to keep Kemba+Jays+Hayward long-term.

They have a month to decide if they can trade Hayward to re-balance and develop the Jays.

I worry that when Hayward plays there are too many guys who want the ball and it ends with everyone taking turns and the offense going nowhere, instead of it flowing like it seemed to with Kemba, the Jays, and two lower usage guys.

I like Ryan Bernardoni. I don’t think there’s a dozen people outside the league that understand the CBA better than he does.

But those takes are silly.

You flat out are not going to win championships with the Jays and one other good player. I don’t care how good they get, they’re not going to be that good.

You know what will be good for the development of the Jays? Teaching them how to play with other All-Star caliber players.

This notion that keeping Hayward around is stunting their development is balderdash. They need to learn how to play with complementary players, and if they can’t figure out how to do that, then guess what? They’re never going to be great players.

I think that, and their play earlier this season is evidence for this, they can play well as a team. They just need to get back into a good routine.

Rather than take Bernardoni’s advice and start shopping Hayward for who-knows-what, the team needs to listen to Marcus Smart.

Look, last night was the C’s fifth game in seven nights, and three of those games were on the road.

When I say they should consider trading Hayward it has little to do with how good he “looks” and not much to do with where they’re going this season.

Maximizing development of the Jays is the important thing and anyone who can read birthdays or a salary table should see that.

Again, I don’t mean to be picking on Bernardoni here. I’m just grabbing these tweets to show how, at least the way I see it, a smart guy can come up with a take that is just completely specious.

Yes. Jaylen and Jayson are young, and that means that their best years are ahead of them. But that also means that neither one of them are fully mature basketball players. And part of their development includes learning how to maintain self-discipline when the schedule bogs down.

The problem isn’t Hayward. And it isn’t Kemba Walker. It’s two young guys who, faced with the fatigue that the schedule imposes this time of year, are taking the easy way out. They’re getting away from offensive play that works and settling for stuff that requires a good deal less effort.

See, I agree with Bernardoni’s main point: You want to maximize the Jays’ potential.

Thing is, if you trade Hayward, you’re not addressing the problem that the past few games illustrate: These guys need mental toughness, not more freedom to play bad basketball.

John Karalis hits the nail on the head with this line from the MassLive piece quoted above:

Are they going to give lazy, false efforts that makes it seem like they’re trying but they’re really not.

The cure for that is not reducing the amount of talent on the team. It’s figuring out the most constructive way of dealing with the fatigue that the NBA season causes.

And if this team is as bent on improvement now as they were at the beginning of the year, they’re going to get plenty of opportunities to show that they’ve developed better ways of coping with the regular season grind, as they’ve got 18 games in the 34 days between now and the All-Star break on February 13.

Page 2: Where Embiid has a torn ligament

There was a tremor in the Eastern Conference with the diagnosis that 76ers mega-center Joel Embiid suffered a torn radial collateral ligament of the fourth metacarpal in his left hand in Monday night’s win over Oklahoma City.

There are reports that he will undergo surgery on Friday, with an evaluation on a timetable for a return to follow. Similarly located injuries can vary greatly, but Gordon Hayward was expected to miss about six weeks following his November surgery and was back in four.

Embiid dislocated his finger in the first quarter of a game against the Thunder and returned a few minutes later. Based on what Embiid said afterward, that he felt a snap before dislocating his finger, he tore that ligament before he went to the locker room, not after. And while the additional stress that he put on that joint by continuing to play might not have made the injury worse, it most assuredly didn’t make it better.

This debacle hardly helps the perception of the Sixers’ training staff as being less than top-notch.

Yeah, a lot of Celtics have missed a lot of games. But I’d also like to think that their trainers have been smart enough to catch stuff like this rather than saying, ‘oh, no broken bones? Well, you’re good to go. Connective tissue injuries are really easy to fix and never require surgery and never have long recovery periods.’

Finally: Where Kendrick Perkins & KD had a little twitter war

In about 30 minutes I’m going to give my opinion on @SportsCenter on why Believe that Russell Westbrook is the best player to have ever put on a Oklahoma City Thunder Jersey!!! He is MR. THUNDER!!!

KD lost in the second round without Russ when I was there. So what that mean?

Boy stop you did the weakest move in NBA History!!! Up on a team 3-1 in the western conference finals and then go join them the following season?! Heart of Champion right there

For a moment I thought about screencapping these tweets, but I’m pretty sure half the NBA’s internet community already did that.

But think about all the ex-NBA guys that drive you nuts with their shoot-from-the-hip takes. How many of you guys groaned when you realized Reggie Miller was the color commentator last night?

People like Perk now because he’s still connected enough to the game to have some spicy takes, and he’s not afraid to make them.

The problem comes when years go by and he’s still beating that same drum. Like Charles Barkley, for instance.

Perk is on a path to become one of those ‘the game was better in my day’ chumps who fill up the daylight hours of sports networks, or, even worse, a guy whose opinions are sought on a variety of sports, even though he only played one of them (looking at you Cris Carter).

And then you’ve got Durant.

He certainly doesn’t act like it—and along with Kyrie, I worry that he’s not taking care of his mental health the way he should. I mean, this beefing with fans, ex-teammates, etc., that’s not healthy. And he’s been doing that for years now.

Yeah, he’s won two titles and he’s made a pile of money. He hasn’t been traded—he’s been able to control his destiny in the league the way nobody outside of LeBron has done.

But at the end of the day, all that stuff is external. It stops at the outside of your skull. If you think more money, more fame, more championships, more whatever will make you happy, then nothing is going to make you happy.

I look at Jerry West. He’s the second best executive that the NBA has ever seen. His profile has been on every piece of NBA merchandise that’s been sold over the last 50 years. And he was profoundly unhappy until he got help.

Jaylen Brown wants to do a lot for the guys playing the game, well, he’s in a prime position to help destigmatize mental health problems.

NBC Sports: Blakely: How concerning is this loss (and week)? | Forsberg: Healthy C’s searching for answers | Celtics-76ers Overreactions: How much do C’s miss Horford?

We have the final day Hamilton Rugby Sevens 2020. There will be Sixteen matches followed by the final games on 7th December 2020. (…)

Check out the final round NFL Draft live stream channels to watch from the USA and other Countries here.

Heading over to Hamilton Rugby Sevens starting from 25th January 2020. We have complete live stream channels for the event here. It is based (…)

Rugby Sevens Hamilton starts with the First Round on 26th January 2020 2020. You can find the complete channel list to watch Rugby Sevens (…)

Finals of Rugby Sevens 2020 Live Stream Online: How To Watch it Online from any Countries

Rugby Sevens is moving towards Bank of America with the fan-favorite Baku City Circuit set to offer a lot of hot action once again. The (…)

In one of the most impressive performances to date at the 2020 Australian Open in Melbourne, Anett Kontaveit of Estonia, the 28th (…)

The starters for the 2020 NBA All-Star Game were announced earlier this week, and not everyone is pleased with the results. While hardly (…)

The Celtics had more than a few reasons why they could’ve lost last night: No Jaylen Brown and Jayson Tatum. A tough fallow period in the (…)