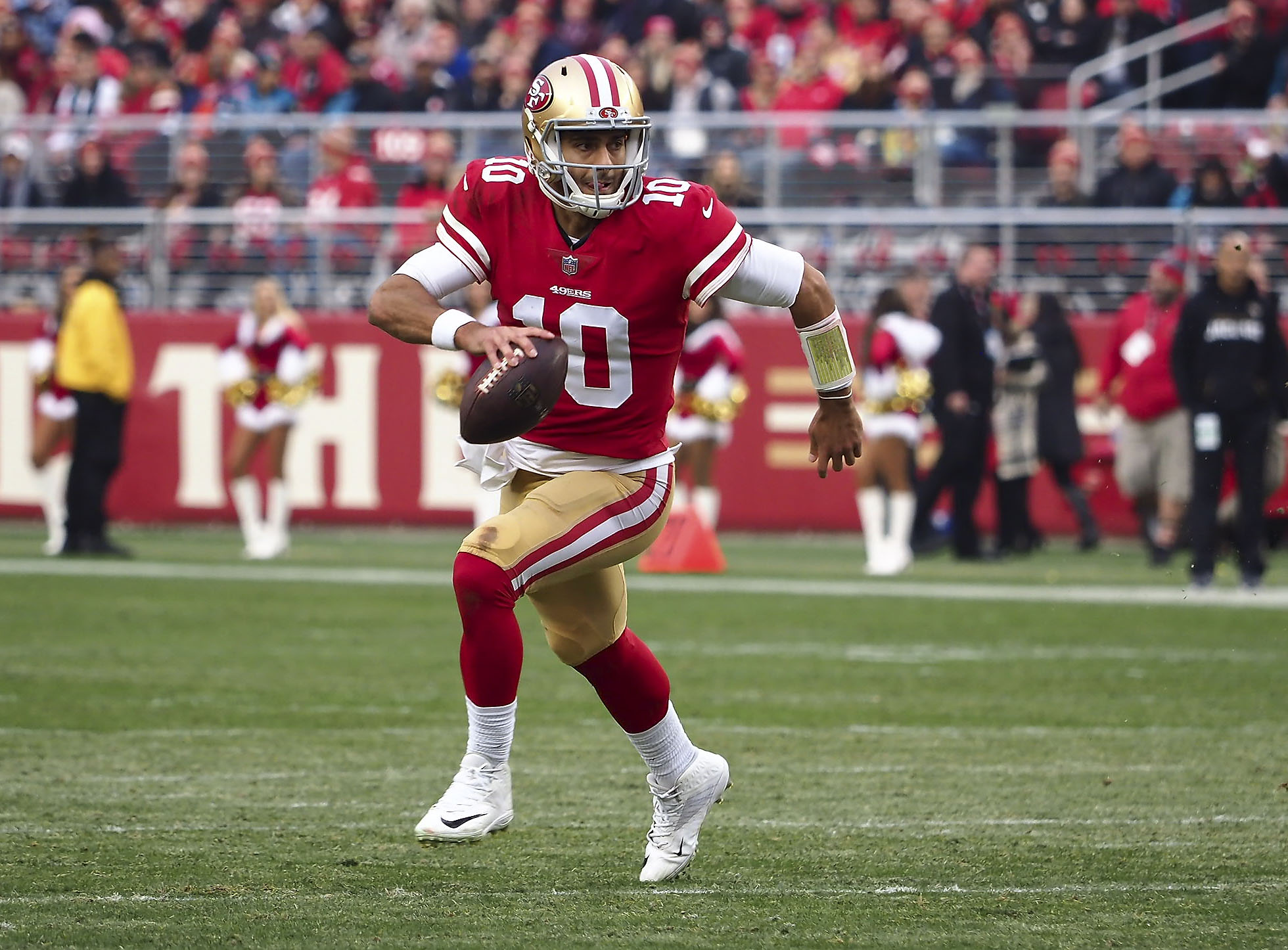 When the 49ers swung a deal with the New England Patriots at the trade deadline back in 2017, this is exactly what they envisioned.

A franchise quarterback, a leader, a winner.

The result?  A 24-16 Vikings win and Garoppolo’s first ever career loss.

With the exception of a couple of plays, it was brutal.  Garoppolo didn’t look very good.  He finished 15 of 33 for 261 yards, one beautiful touchdown pass, and three interceptions, including a pick six, and the final one to end the game.  But that was a year ago.  Garoppolo was playing with an injury riddled team and no major weapons through the air (this was the year George Kittle broke out).

During the second half of the season, Garoppolo really took charge of a team hurting on both sides of the ball and lead three come from behind wins, including overcoming double digit leads at New Orleans and against the Rams.  He was an efficient 18 of 22 for 285 yards in his first ever game at Seattle, with an average completion of 13 yards a pass, his best of the season.

So now the stage is set.  This is what the 49ers have longed for in quite a while.  They made a deal just for this moment, for this type of atmosphere, for this type of season.  They needed a leader, a quarterback, a winner, and they believed they got one when they traded for Jimmy Garoppolo.

Saturday is his first of what the 49ers and their fans hope, is many, many, many, playoff appearances and eventually, Lombardi trophies.