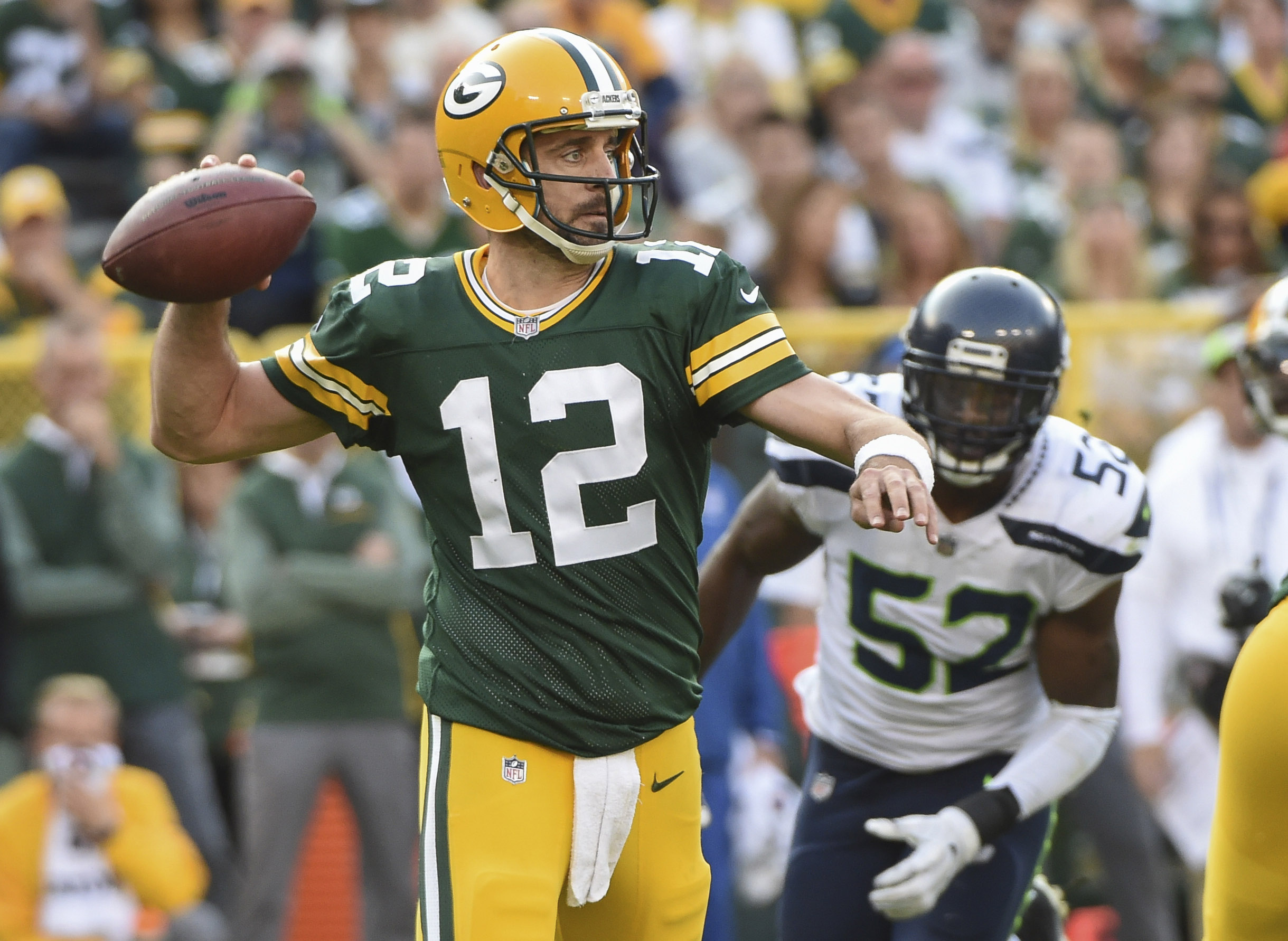 The Green Bay Packers host the Seattle Seahawks in the first playoff game at Lambeau Field since 2016. A Packers win sends them to the NFC Championship Game against the winner of the Vikings-49ers game while a loss ends their season. If the Vikings win on Saturday, Green Bay will host the Vikings for the right to go to the Super Bowl while if San Francisco wins the Pack would head back to Northern California for a rematch with the Niners.

The Packers finished the regular season with a 13-3 record while Seattle finished 11-5 before defeating the Eagles in Philadelphia last week. The Packers were 7-1 at Lambeau Field this year while the Seahawks are 8-1 on the road including last week’s wild card victory.

Green Bay leads the all-time playoff series between these two teams 2-1 with the home team winning all three matchups. The Packers beat the Seahawks 33-27 in overtime in the 2003 playoffs on Al Harris’ pick six. The Packers defeated Seattle again in 2007 behind Ryan Grant’s 201-yard effort in the snow 42-20. In 2014, the Seahawks managed a come from behind 28-22 overtime win in the NFC Championship Game that still causes painful memories for Packers fans.

Here is a look at the six key factors that will determine who wins Sunday’s playoff showdown on the Frozen Tundra:

The Packers cannot let Wilson make big plays either with his arm or his legs. Wilson is one of the most accurate long ball passers in the league and is very cool under pressure. The Green Bay defense must prevent him from making splash plays down the field which means getting pressure on him and preventing the former Wisconsin Badgers star from scrambling for key first downs when the play breaks down.

Wilson completed 66.1 percent of his passes for 4,110 yards and averaged a healthy 8.0 yards per attempt. He tossed 31 touchdowns and only five interceptions.

The Seahawks signal caller also ran for 342 yards and three touchdowns this season and averaged 4.6 yards per carry. Expect the Packers to use a spy against Wilson to prevent him from scrambling for long gains. It is likely Blake Martinez or Raven Greene will get that assignment.

The Seahawks allowed 48 sacks this season. That number is even more problematic when you consider how good Wilson is at escaping the pass rush.

In addition, there are injury concerns along the Seattle offensive line coming into this game. Neither left tackle Duane Brown (knee) nor left guard Mike Iupati (neck) practiced this week and backup left tackle George Fant is nursing a groin injury. While their availability may be a game time decision, they will not be 100 percent even if they play.

The Packers must take advantage of this. Defensive coordinator Mike Pettine has moved Za’Darius Smith around the defensive line in recent games and this has been very effective. Expect Pettine to try to find mismatches along the compromised Seattle offensive line. Preston Smith will also have plenty of chances to rush the passer.

Defensive tackle Kenny Clark is questionable for this game with a back injury. Clark is an important part of the Green Bay defense and his availability and effectiveness are important both for stopping the run and getting inside penetration on the pass rush.

If the Packers can pressure Wilson, they can limit his ability to throw long downfield and prevent him from getting into a comfortable rhythm throwing the football.

Aaron Jones is the key to the Green Bay offense. Seattle’s run defense is ranked 22nd in the league and the Pack should be able to move the football on the ground against them.

Jones and Jamaal Williams should be able to gain yardage, especially since the Green Bay offensive line is expected to have all five starters ready to go on Sunday. The Packers running game should be particularly effective inside.

It is important that coach Matt LaFleur not abandon the running game even if he doesn’t have early success. He must also keep his running backs involved as receivers to mix things up and make sure they can get the ball in space.

The Packers secondary has been vulnerable to splash plays this season, especially in the middle of the field although that has happened less frequently in recent weeks.

Alexander will likely be covering Lockett while King will be matched up with Metcalf because of his size. Nickel back Tramon Williams and dime back Chandon Sullivan will also help in various coverages downfield.

Both receivers are dangerous weapons who can change the momentum of the game on a single play. It will be up to the Green Bay secondary to make the Seahawks move the ball down the field slowly rather than in chunks. If they do, the Packers stand a good chance of keeping the Seattle offense in check.

The strength of the Seattle offense this season has been their running game, that is until injuries felled their top three backs. In desperation, the Seahawks brought back Marshawn Lynch out of retirement. Lynch has been effective in short yardage situations in the regular season finale and the Wild Card game against Philadelphia, but he hasn’t been effective overall.

Seahawks coach Pete Carroll has said he will give the ball to Lynch more this week as he gets back into football shape. The Packers must be equal to the task of not letting Lynch be a factor on Sunday.

Martinez will have the primary task of controlling the line of scrimmage and holding Lynch in check.

Making the Seattle offense one-dimensional and taking away their strength would be a very effective way for the Packers to limit their production.

6. Get the Passing Game Going

The Seattle defense was ranked 27th against the pass this season. Aaron Rodgers should be able to find Davante Adams and his other receivers downfield.

Unlike the Lions game two weeks ago, the Packers cannot keep taking shots at long passes all the time. Rodgers needs to be patient and take what the defense gives him and keep the chains moving.

Adams will be the Rodgers’ primary receiver, but Allen Lazard and Jimmy Graham could also see a lot of key targets as well.

Rodgers needs to be more accurate than he has been in recent weeks and not leave big plays on the field.

If Rodgers has even a good game, not a great game, the Packer offense should gain a lot of passing yards on Sunday.

This will not be an easy game as the Seahawks are a good team with a quarterback who has led his team to a pair of Super Bowls.

The Packers do have a lot in their favor. They are at home and many of the Seahawks weaknesses and injuries match up well with the Packers strengths.

Green Bay should be able to move the football enough to put at least 21 points on the board. The Seahawks offense will rely heavily on Wilson with their offensive line and running backs injured.

Nothing comes easy for the Packers, but they will find a way to win this game.