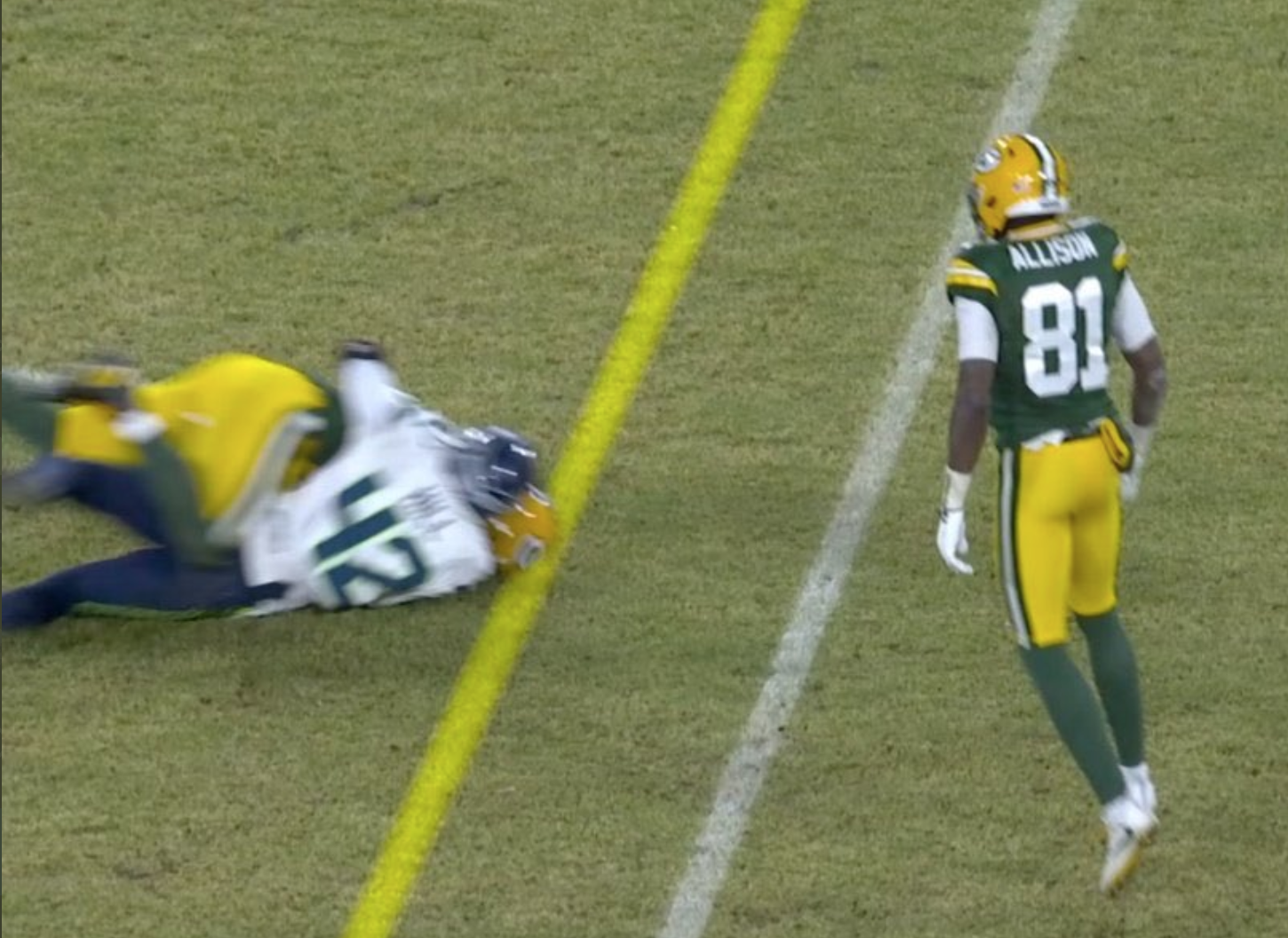 The Seattle Seahawks were on the unfortunate end of a bad call in their Divisional Round showdown with the Green Bay Packers on Sunday.

It was a playoff game, so the stakes were high, and every play was magnified, especially in the second half, when the Seahawks climbed back from a 28-10 lead, cutting the deficit to five.

Not only that, it looked as if Seahawks quarterback Russell Wilson was going to have a shot at a potential game-winning drive, with Packers tight end Jimmy Graham catching a pass short of the chains. He did a good job of lunging forward, but it appeared the Seahawks safety Lano Hill had still stopped him just short of the mark to gain.

Graham was given the first down, though, and while the play was reviewed, it was not overturned. That sent the social media world into a tizzy, as it sure looked like Graham was short.

Man @NFLOfficiating is just soooooo bad. No question Jimmy Graham was holding the ball below his helmet and the helmet was down at the first down line The @Seahawks got screwed on that spot but I’m sure @packers fans don’t mind. #Seahawks #Packers pic.twitter.com/ZfjV7xnDu1

Was it a first down? pic.twitter.com/Ma7OqvvLJQ

The Packers then kneeled down in victory formation to kill the clock, and the game was over, with them advancing to the NFC title game, following the 28-23 win.