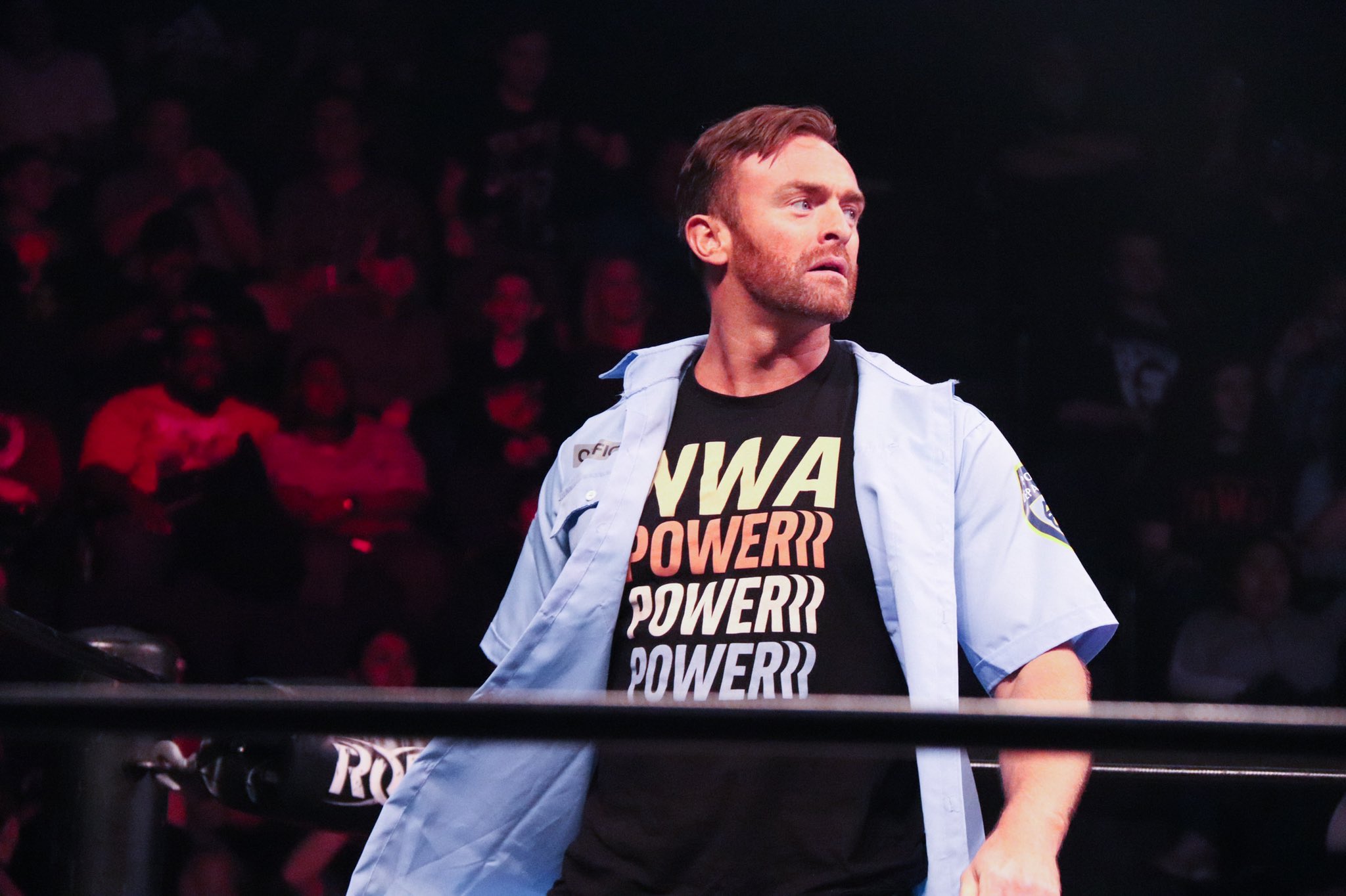 Ring of Honor’s event on January 11 was crashed by another company’s world champion. Saturday Night at Center Stage aired live on the Honor Club streaming service and featured all of the stars fans are accustomed to seeing from ROH.

But one star in particular, Nick Aldis, made his presence known as well. The NWA World champion rushed the ring at the end of the main event and attacked Flip Gordon, who is a member of Marty Scurll’s Villain Enterprises.

The attack was a follow-up to Scurll’s appearance at Into the Fire, the NWA’s event that took place in December. Marty and Nick have a long history together, as the two men broke into the professional wrestling industry at the same time.

That history was fully explored for their NWA World Championship match at the Crockett Cup event on April 27, 2019. Aldis retained the title in what many fans felt was the match of the year. Now that the aggression between the two men has been reignited, they could very well be heading to another huge title match.

The apparent cooperation between the NWA and ROH may come as a bit of a surprise to many fans, as the two companies discontinued their working relationship in 2019. Now it seems that there is a renewed situation at play, which means that fans could see more collaboration from the NWA and Ring of Honor.

ROH’s next live event takes place in Concord, North Carolina, on January 12. Considering the fact that Aldis’s appearance took place the night before, it’s entirely possible that the NWA World champ could once again become a factor in an ROH ring Neither company has announced a possible rematch between Aldis and Scurll. Recent reports online suggest that Scurll is headed for free agency very soon, so this could be his last hurrah in Ring of Honor.