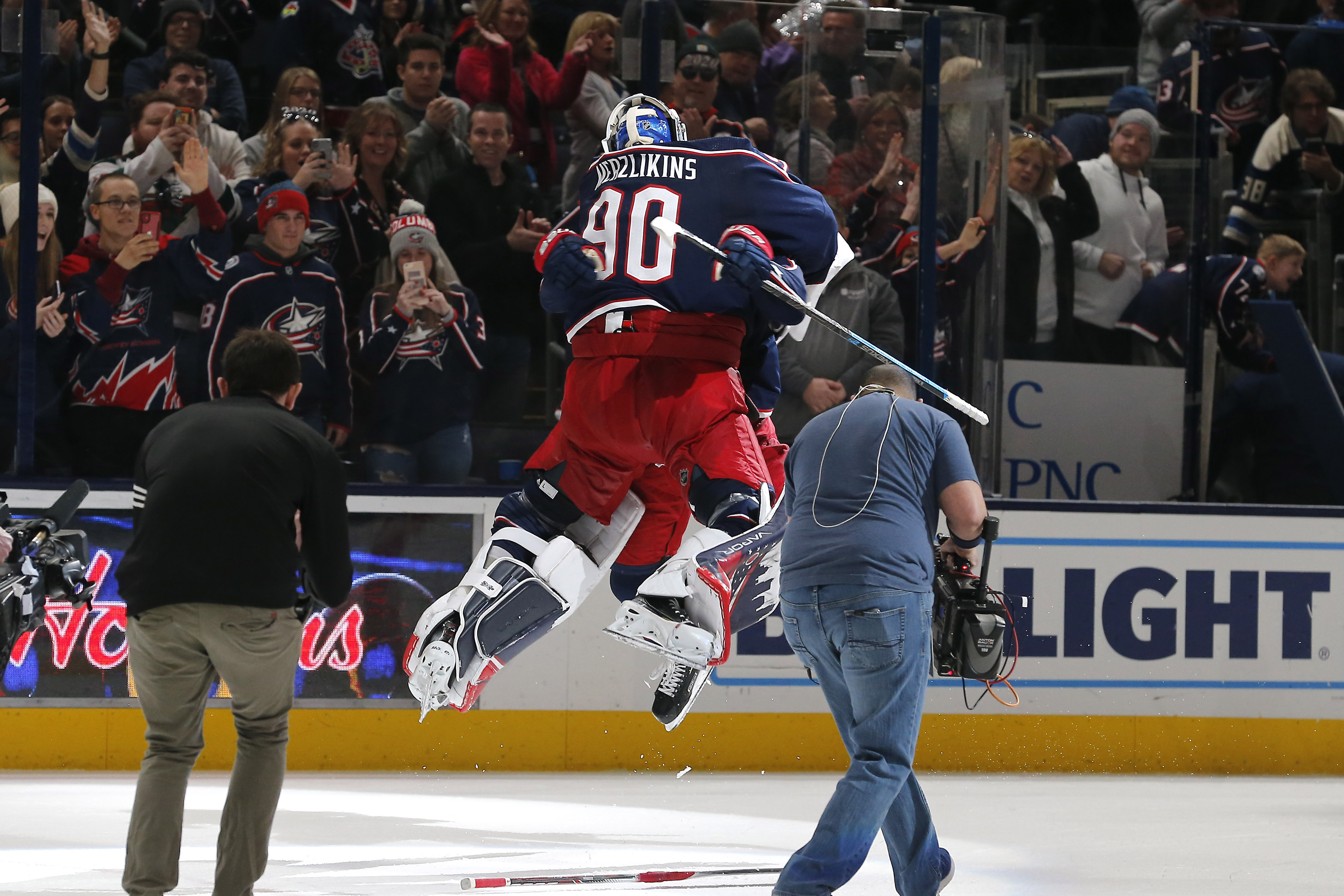 Elvis Merzlikins of Riga, Latvia became the third goaltender in National Hockey League history to record a shutout on Saturday. Merzlikins made 27 saves as the Columbus Blue Jackets beat the Vegas Golden Knights 3-0 at the T-Mobile Arena.

There is no doubt that the Swedes on the Blue Jackets played an integral role in the Columbus win. Offensively, the Blue Jackets beat the Golden Knights on a two assist game from center Kevin Stenlund of Huddinge, Sweden. Stenlund, who had his first two assists and first multi-point game in his NHL career on Saturday, helped set up Emil Bemstrom of Nykoping, Sweden for the game winning goal at 16:38 of the first period on the power play, and then picked up a primary assist on the 3-0 Blue Jackets goal by Alexander Wennberg of Stockholm, Sweden at 8:26 of the third period. The other Blue Jackets player who got on the scoresheet was Pierre-Luc Dubois of Sainte-Agathe-des-Monts, Quebec.

Merzlikins has a record of five wins, six losses and four losses in extra time. He has a goals against average of 2.70 and a save percentage of .915.

The Blue Jackets currently have a record of 22 wins, 16 regulation losses and eight losses in extra time for 52 points. They are four points back of the Carolina Hurricanes for a playoff spot in the Eastern Conference.