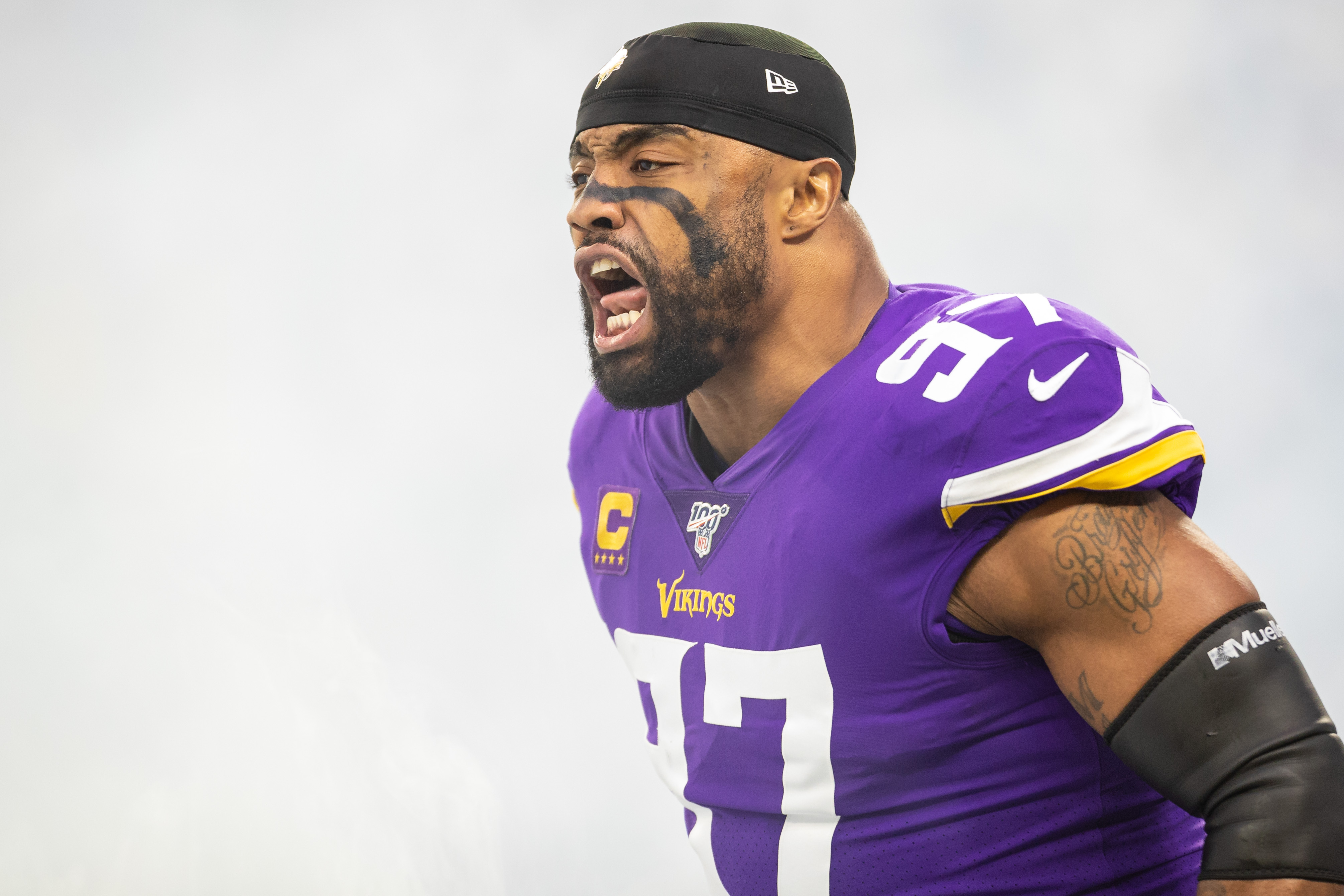 Vikings defensive ends Danielle Hunter and Everson Griffen comprised one of the best pass-rushing duos in the NFL this season, but one of them is an impending free agent, and could be on track to get paid.

However, if he gets his wish, he’ll remain in Minnesota — continuing to wreak havoc on opposing quarterbacks next season.

Griffen’s contract is set to expire once the new league year begins in March, but he hopes to re-sign with the Vikings, rather than going elsewhere.

“I want to be a Viking for life,” Griffen said, according to Andrew Krammer of the Star Tribune. “But it’s a business, so we’ll figure that out when the time gets here.

He’s saying all the right things, but it’s hard to see the Vikings being able to pony up the amount of cash that Griffen will likely command, given that they have a number of impending free agents they may have to prioritize.