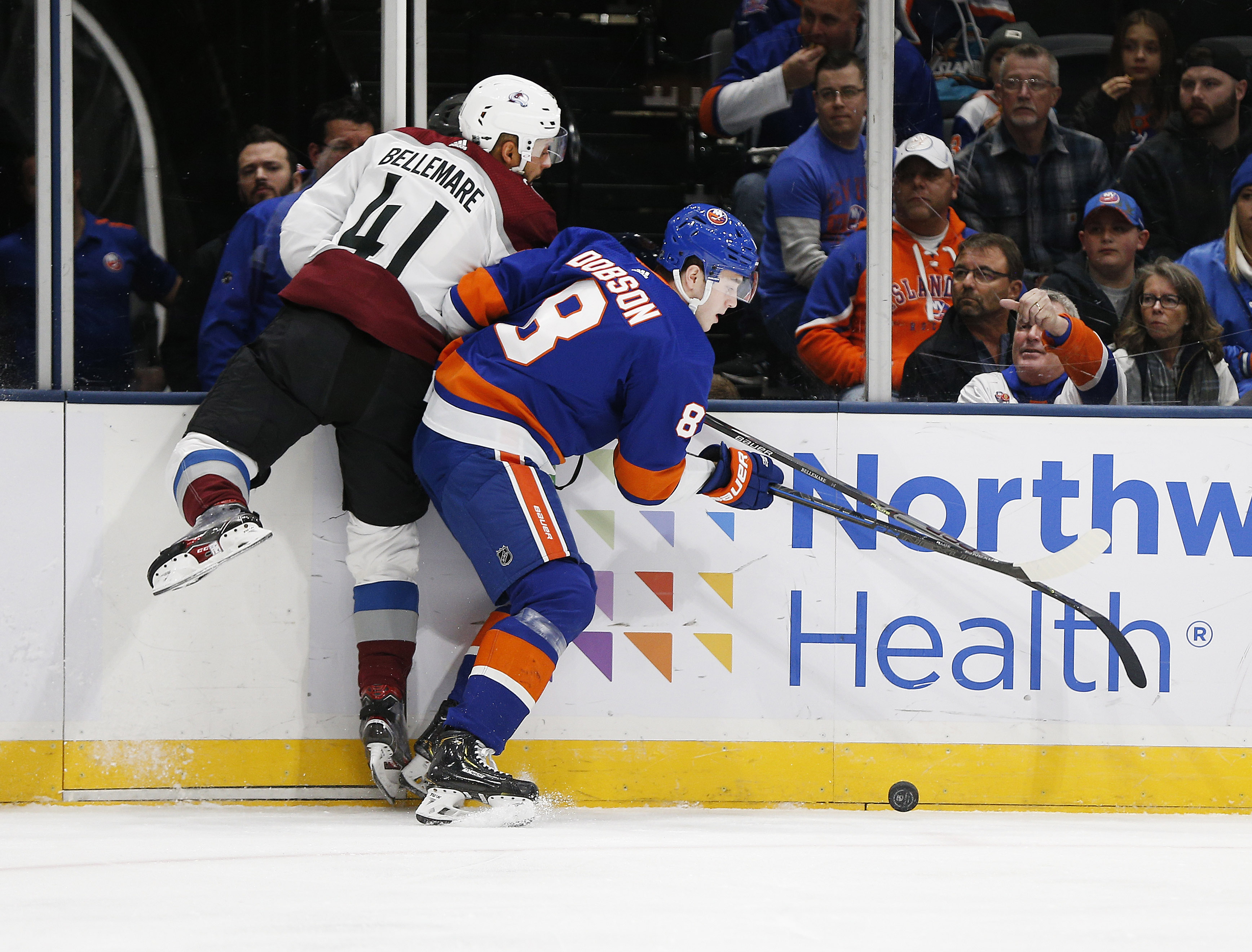 Noah Dobson has become a regular fixture in the Islanders lineup, in part due to a season-ending injury to Adam Pelech, but also because of his increasingly steady performance on the ice.

The recently turned 20-year-old has appeared in five straight games and is expected to be in his sixth on Monday, when the Islanders face the New York Rangers at Madison Square Garden. Dobson has appeared in 16 games this year with the Islanders, but those times came more sporadically before the recent stretch.

The more consistent playing time has led to a growth in confidence for the young defenseman.

“This is the best I’ve felt so far this season,” Dobson told Islanders Insight. “You’re kind of in a rhythm playing four, five in a row. I think it’s been good. I think I’m just trying to build on each game, obviously, the more games you play the more comfortable you feel out there and the more confident you are.

“I feel like I’ve progressed well that way and I just want to continue to build on that.”

Noah Dobson had an assist on Mayfield's goal; that's his third #NHL point. Still looking for his first goal. #Isles

And the Islanders have appeared to reward him as his confidence has gone up. Dobson recorded 14:11 of ice time in the team’s overtime win over the New Jersey Devils last Tuesday and he played 11:36 against the Boston Bruins on Saturday.

Dobson had the secondary assist on Scott Mayfield’s first-period goal as well, which was Dobson’s first point since Nov. 5.

The young defenseman has had mostly strong performances during his time on the ice, but there have been mistakes from time to time. The most notable one came against the Toronto Maple Leafs when Kasperi Kapanen undressed Dobson on the way to set up a second-period goal.

But, the Islanders have liked what they’ve seen so far from Dobson.

“I think with the more that Noah plays you can see he’s got really good poise with the puck, he can distribute it really well, he’s got some deception,” Islanders head coach Barry Trotz said. “His hockey IQ is really good. It’s just that he’s a young player that I just see him getting better and better. He’s by far not a finished product.

Part of the growth in Dobson’s game has come from being paired with veteran defenseman Johnny Boychuk. With 703 NHL games under his belt, Boychuk has become an invaluable resource for Dobson to learn from.

It’s often after a play or on the bench, you’ll see Boychuk and Dobson dissecting a play or communicating well on the ice.

“Johnny’s been really good for me from day 1 when I got drafted here,” Dobson said. “He’s always a good guy off the ice, he’s a funny guy, and even on the ice he’s always talking. You have that comfort level knowing he’s going to be in the right position.

“The guy knows what it takes he’s been through everything. … He’s a really good guy for me if I want to ask stuff, ask questions or even just chill and have fun with.”