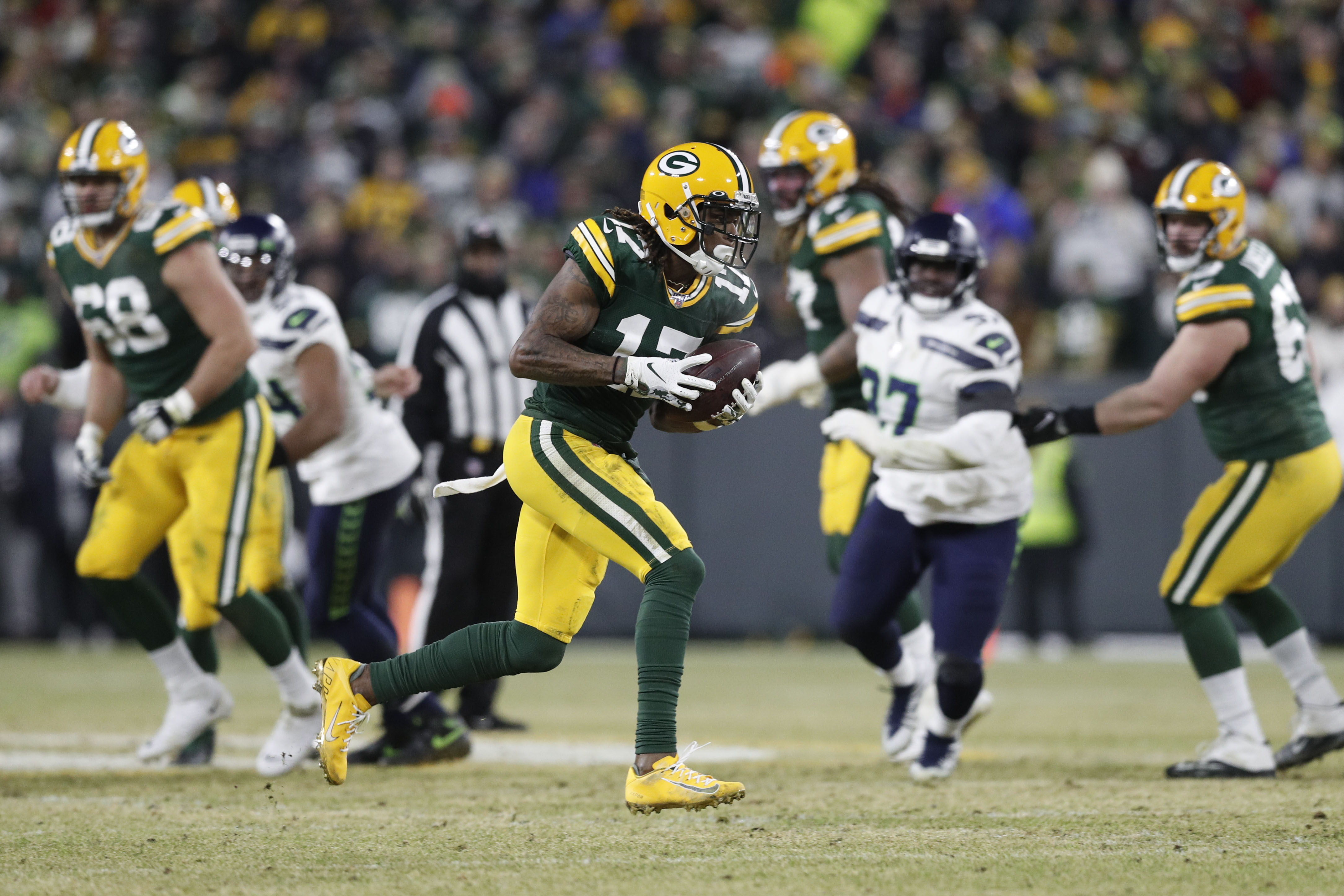 The Green Bay Packers advanced to the NFC Championship Game with a 28-23 victory over the Seattle Seahawks at Lambeau Field on Sunday. Aaron Jones ran for two touchdowns while Davante Adams set a franchise record with 160 receiving yards and scored twice as the Packers jumped out to a 21-3 halftime lead and held on for the victory.

Next week, the Packers will head to Santa Clara for a rematch with the 49ers and a chance to atone for their worst performance of the season. The winner of this game will meet the winner of the Chiefs-Titans game in the Super Bowl.

Here are 10 things we learned from the Packers victory over the Seahawks:

1. Third Downs Were Huge for the Packers

The Packers offense dominated on third down, finishing the game 9-of-14 in this key situation. Several times the Seahawks defense forced Green Bay into third and long situations with possession of the ball at stake and Aaron Rodgers usually found a way to keep the drives alive.

In the final drive, key third down passes to Davante Adams and Jimmy Graham helped seal the win for the Packers and prevented Russell Wilson from getting a final chance to win the game against a tired Green Bay defense.

The Packers defense was also effective on third down, holding Seattle to just 3-for-9.

The Packers were far from dominant in this game, but they came up big when it counted.

2. Davante Adams Was a Force

Wide receiver Davante Adams set a franchise record with 160 receiving yards on eight catches, breaking Jermichael Finley’s record set against the Arizona Cardinals in the 2009 playoffs by one yard.

The Seattle secondary didn’t have an answer for Adams. They couldn’t cover the Fresno State alum man-to-man or in zone. Even double teams weren’t effective against the Packers top receiver.

Without Adams, there is no way Green Bay would have won this game. He scored twice, picked up several key first downs and was at his best when the team needed him most.

Russell Wilson isn’t a perennial Pro Bowler and a Super Bowl winner for nothing. He showed his elusiveness and football intelligence by evading the Packers rush and extending plays.

Although the Packers sacked Wilson five times and pressured him throughout the game, Wilson scrambled for 64 yards on seven rushes and finished the game with a 106.5 passer rating after completing 21-of-31 throws for 277 yards and a touchdown. He did not turn the ball over.

Wilson struggled in the first half when Seattle tried to run the football, but once Pete Carroll knew he had to throw the football, Wilson was able to run away from pressure and either find receivers downfield or run for important yardage.

He was able to tire out the Packers defense in the second half and came close to pulling off a remarkable road comeback.

Seattle gained 110 yards rushing in the game on 24 carries, but 64 of those yards were scrambles by Wilson. Marshawn Lynch scored on a pair of one-yard runs but was limited to 26 yards on 12 carries for the game, a 2.2-yard average.

If you take out Wilson’s runs, the Green Bay defense held Seattle to 46 yards on 17 carries and forced the Seattle offense to become one-dimensional for most of the second half.

As usual, Blake Martinez led the Packers with 10 total tackles including a few plays at or close to the line of scrimmage. The Packers defensive backs also did a good job in run support with Kevin King, Jaire Alexander and Adrian Amos all making tackles in run support.

Mike Pettine also continued to move Za’Darius Smith around to create favorable matchups in both pass defense and run defense.

Green Bay will need to get a similar performance next week against the 49ers.

5. Jimmy Graham Had a Strong Game

Jimmy Graham has been a big disappointment since signing with the Packers prior to the 2018 season, but he made three crucial catches that picked up key first downs including the game-clinching play in the closing minutes of the game. Graham was also a willing blocker.

Today’s performance was more like the player the Packers expected to get when they signed Graham and he certainly picked the right time to have his best game as a Packer.

6. The Smiths Just Keep on Coming

Both Preston and Za’Darius Smith finished this game with two sacks. But just as importantly, they put consistent pressure on Russell Wilson throughout the game and were able to keep the Seattle defense off balance throughout the first half. Both Smiths were credited with four quarterback hits in the game.

If Wilson had only average mobility, the Smiths may have doubled their sack output for the game.

Za’Darius revealed a message on his shirt underneath his jersey after his first sack that read, “snubbed.” If he’s referring to the Pro Bowl and All-Pro Teams, he certainly made his point by his play today and throughout the entire season.

7. Aaron Rodgers Got the Job Done

Rodgers finished the game 16-of-27 for 243 yards and two touchdowns. It was not a dominating performance by any means, but it was certainly effective. He averaged nine yards per attempt, did not turn the ball over and came through in the clutch, especially on third downs.

Rodgers’ passer rating was 113.7 which is more than good enough to earn the victory.

Running back Aaron Jones didn’t have a great game. He averaged only 3.0-yards per carry and gained just 62 yards. Still, Jones scored two touchdowns, both from a yard out and that was a big factor in the game.

More importantly, head coach Matt LaFleur didn’t turn away from the running game even though it wasn’t gaining chunks of yardage. The fact that Jones carried the ball 21 times was a big positive for the team and helped them win the football game.

9. The Packers Had No Answer for Tyler Lockett

The Green Bay defense could not contain Seattle wide receiver Tyler Lockett who beat the Packers time and time again for key plays. Lockett finished the game with nine catches for 136 yards and a touchdown. He was targeted 10 times in the game, showing how ineffective the defense was at covering him.

Neither Jaire Alexander nor Kevin King was able to slow down Lockett and when the Packers played zone defense, Lockett found holes in the middle of the field behind Martinez and in front of the Green Bay defensive backs.

A lot of these plays were due to Wilson’s ability to extend plays, but the defense needs to make corrections before next week’s game against San Francisco.

10. This Team Finds a Way to Get It Done

The Packers continued to do what they’ve done all season: win close football games. Nothing comes easy for this team, but when the game is on the line, they find ways to come away with victories.

After beating the Seahawks, the Packers are now 9-1 this season in games decided by eight points or fewer. They will need to continue to do that if they hope to upset the 49ers and advance to Super Bowl LIV.