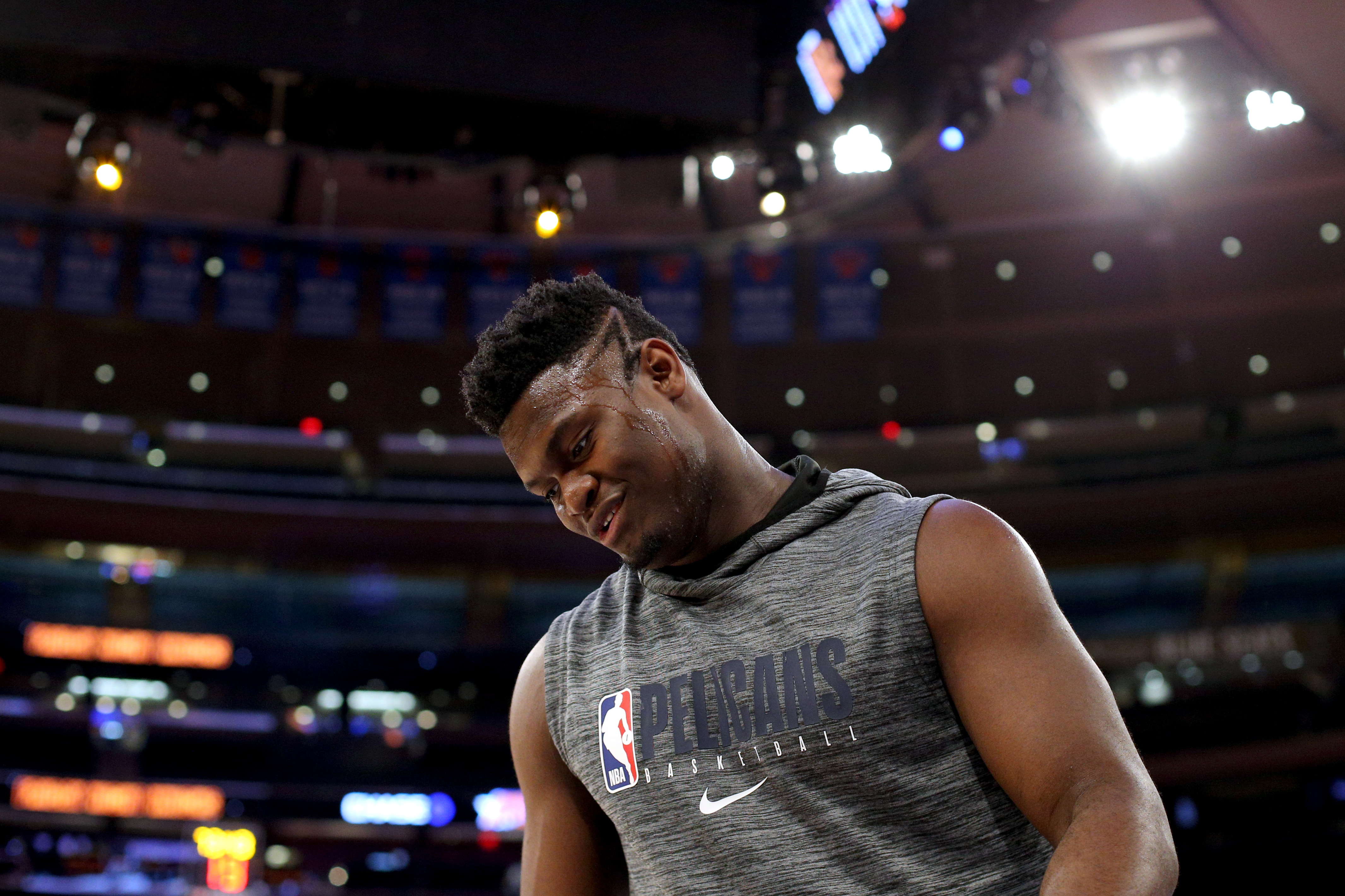 With all the excitement that has gone on in the first half of the NBA season, it’s easy to forget that Zion Williamson still hasn’t made his debut, but there’s a chance we could see the No. 1 overall pick take the floor for the Pelicans later this week.

Mitch Lawrence of SiriusXM NBA Radio got the hopes up of basketball fans everywhere with some exciting news on Monday. The plan is for Williamson to play Thursday against the Utah Jazz.

The Pelicans will know a lot more after practice this week, but it sure sounds like we’ll get the long-awaited NBA debut of Zion Williamson on Thursday vs. the Jazz. That’s the plan, anyway, per sources.

Williamson has been out since last October after undergoing surgery to repair a torn right lateral meniscus. The initial estimate for his return was six to eight weeks, but the Pelicans have clearly taken their time with Williamson to make sure he’s fully healthy before getting him minutes.

Judging by some of the dunks he’s been throwing down in pregame warmups recently, it’s safe to say Williamson’s recovery has gone well.

If Williamson does suit up against Utah as planned, don’t expect the rookie to play a lot of minutes in his first game back. New Orleans will likely have him on some sort of minutes restriction. That said, it will be interesting to see what comes of those minutes. Williamson entered the NBA with a ton of hype after his one-and-done season at Duke, so the fans will be watching his every move.