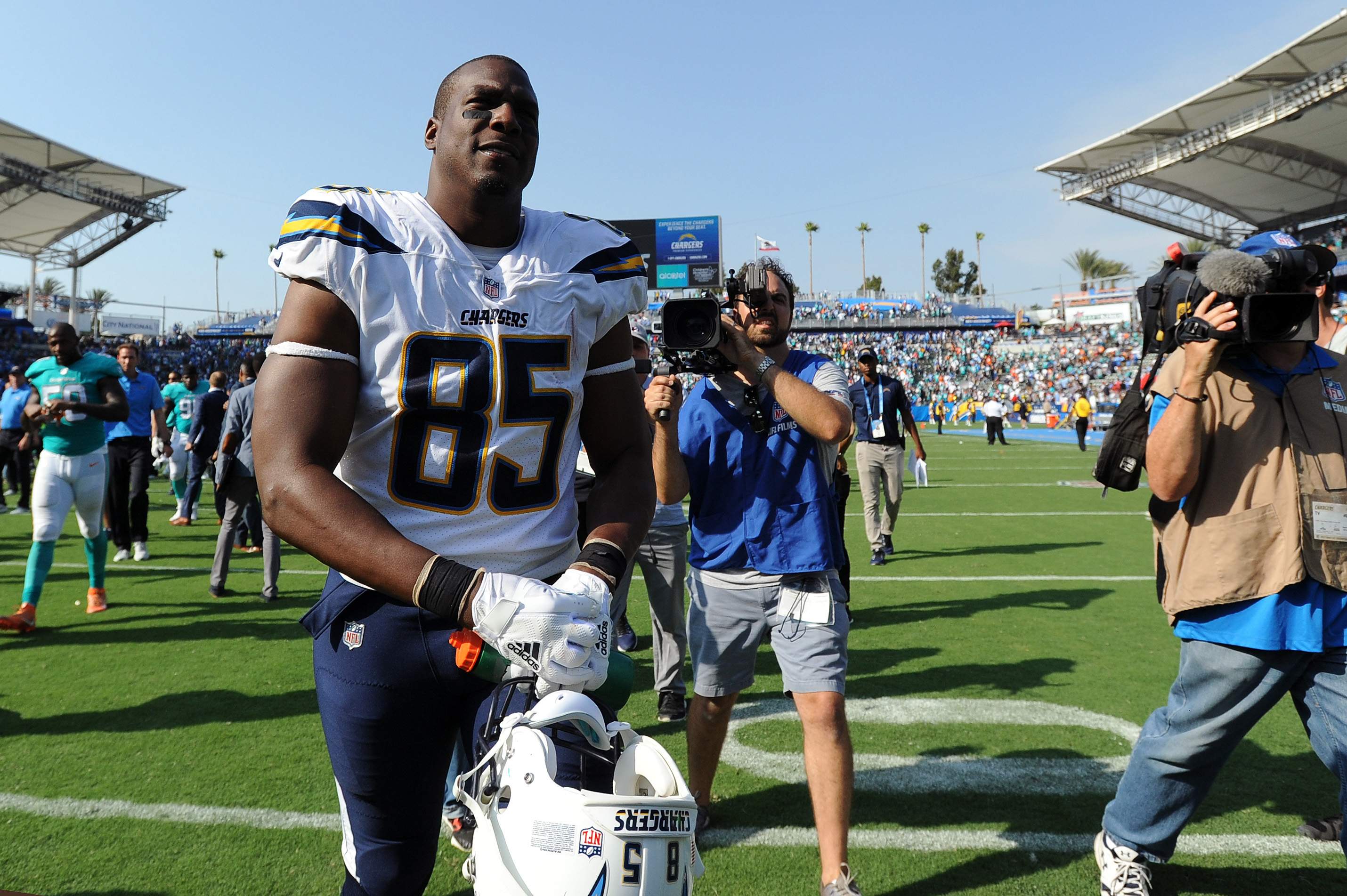 One of the greatest tight ends to ever play in the NFL is calling it a career. Antonio Gates announced his retirement on Tuesday after 16 seasons, all of them with the Chargers, who took a chance on the undrafted free agent in 2003.

Gates, a basketball player at Kent State who never played football at the college level, walks away with 955 catches, 11,841 yards and 116 touchdowns—the most TDs for a tight end in league history.

“After 16 seasons in the NFL, 16 seasons as a Charger, eight Pro Bowl appearances and many records broken, I find it hard to officially put this statement out and retire from the game of football,” Gates said in a statement.

The 39-year-old said last year that he wanted to return for a 17th season with the Chargers after his team’s loss to the New England Patriots in the divisional round of the playoffs, but Gates remained a free agent in 2019.

In addition to the Hall of Fame worthy numbers Gates put up individually, he’s also one-half of one of the greatest duos in league history, as he and Philip Rivers combined for 89 touchdowns during their time playing together, which is the most of any QB-TE combo and the second-most among any duo.

Gates will become eligible for the Hall of Fame in 2023, and it seems highly unlikely that he’ll have to wait for very long to get in.