Five Packers Role Players Who Made a Difference vs the Seahawks 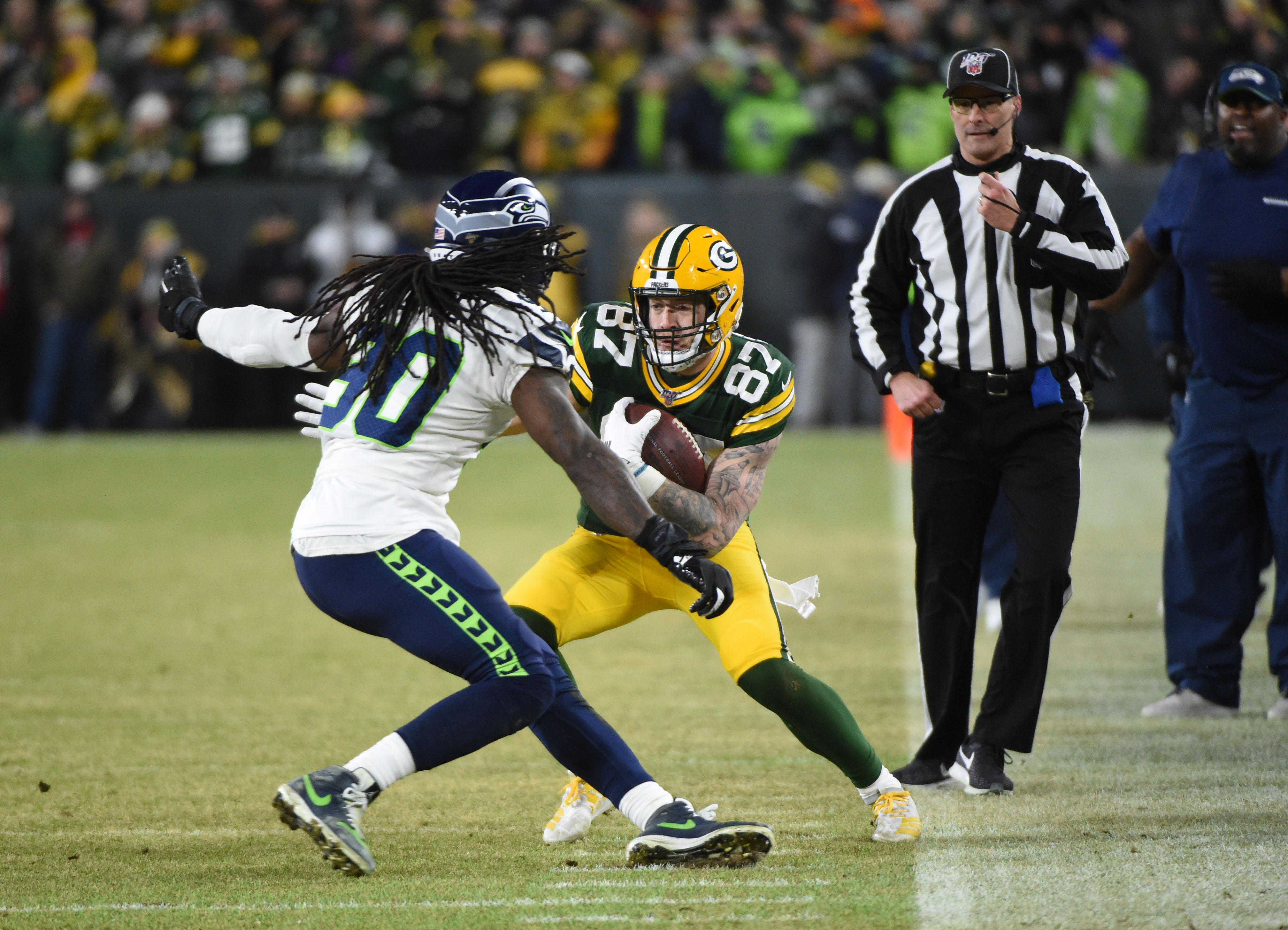 Five Packers Role Players Who Made a Difference vs the Seahawks

The Green Bay Packers earned a hard-fought 28-23 win over the Seattle Seahawks at Lambeau Field to advance to the NFC Championship Game.

While stars like Davante Adams, Aaron Rodgers, Aaron Jones and the Smith Brothers got most of the attention for their outstanding play, there were several role players who made a difference for the Packers on Sunday. Here is a look at some of those players who didn’t necessarily make headlines but made significant contributions to the Packers first playoff win in three years.

Veldheer was pressed into service when starting right tackle Bryan Bulaga was unable to play due to an illness. The mid-season free agent addition found out he was going to be starting only 20 minutes before game time.

“I got it through my head pretty quick that I had to be ready for this ballgame,” Veldheer said. “So, yeah. Step in and give it all I’ve got.”

Veldheer played a solid game and the Packers offense did not miss a beat.

The 6’8”, 321-pound Hillsdale College alum had retired from football before the season due to injury. By midseason, he was feeling well enough to return and signed with the Packers. The 10-year veteran gave the Packers a reliable swing tackle who could fill in on either side and give the Packers some consistency if either Bulaga or David Bakhtiari are out of the lineup.

The rookie tight end saw plenty of playing time against the Seahawks filling in at H-back for the inactive Danny Vitale in addition to lining up as a tight end.

Sternberger saw action on 28 offensive snaps, more than both Jimmy Graham and Robert Tonyan. He also caught his first NFL pass, a two-yard reception from Rodgers on his only target of the day. Seattle’s Jadeveon Clowney pulled Sternberger down by the facemask and the play gave the Packers another 15 yards on a drive that resulted in Green Bay’s third score of the game with just 1:33 left in the first half.

Sternberger’s blocking was a question mark heading into his rookie campaign, but he has worked hard to become a reliable blocker. He led the way for Aaron Jones as the H-back on several plays and made some important blocks in short yardage situations.

The cliché in the NFL is next man up and Sternberger did his job when called upon.

Like Veldheer, Packers GM Brian Gutekunst added Ervin in the second half of the season as a free agent. The former Jacksonville Jaguar has been used primarily as a return specialist and he injected life into Green Bay’s return game since joining the team for the final four regular season games.

Against the Seahawks, Ervin also found himself involved in the offense. He carried the ball twice for 25 yards including an 18-yard scamper that not only picked up a lot of yards, but made the Seattle defense aware of a completely different set of plays that they didn’t think they had to defend much before the game started.

Don’t be surprised to see more of Ervin on offense Sunday against the 49ers.

Oren Burks hasn’t gotten much playing time on defense this season, but the 2nd year player out of Vanderbilt made his time count against Seattle.

Burks played only nine snaps on defense, but he was credited with three assisted tackles in addition to the three stops he made on special teams.

Burks made an impact in this game, an encouraging sign for a player the Packers expected to be a starter by this point in his career.

Lewis didn’t catch a pass on Sunday and wasn’t even targeted, but the veteran tight end played on 42 of the offense’s 64 snaps, more than any tight end on the roster. Lewis’ main job was to block, both for the running game and to help in pass protection when necessary.

Lewis quietly went about his business and the result was 28 points for the offense. Lewis was particularly effective blocking in the red zone where Jones scored two rushing touchdowns on the game.

His leadership and experience also helped the Packers younger players face the intensity of a playoff game.