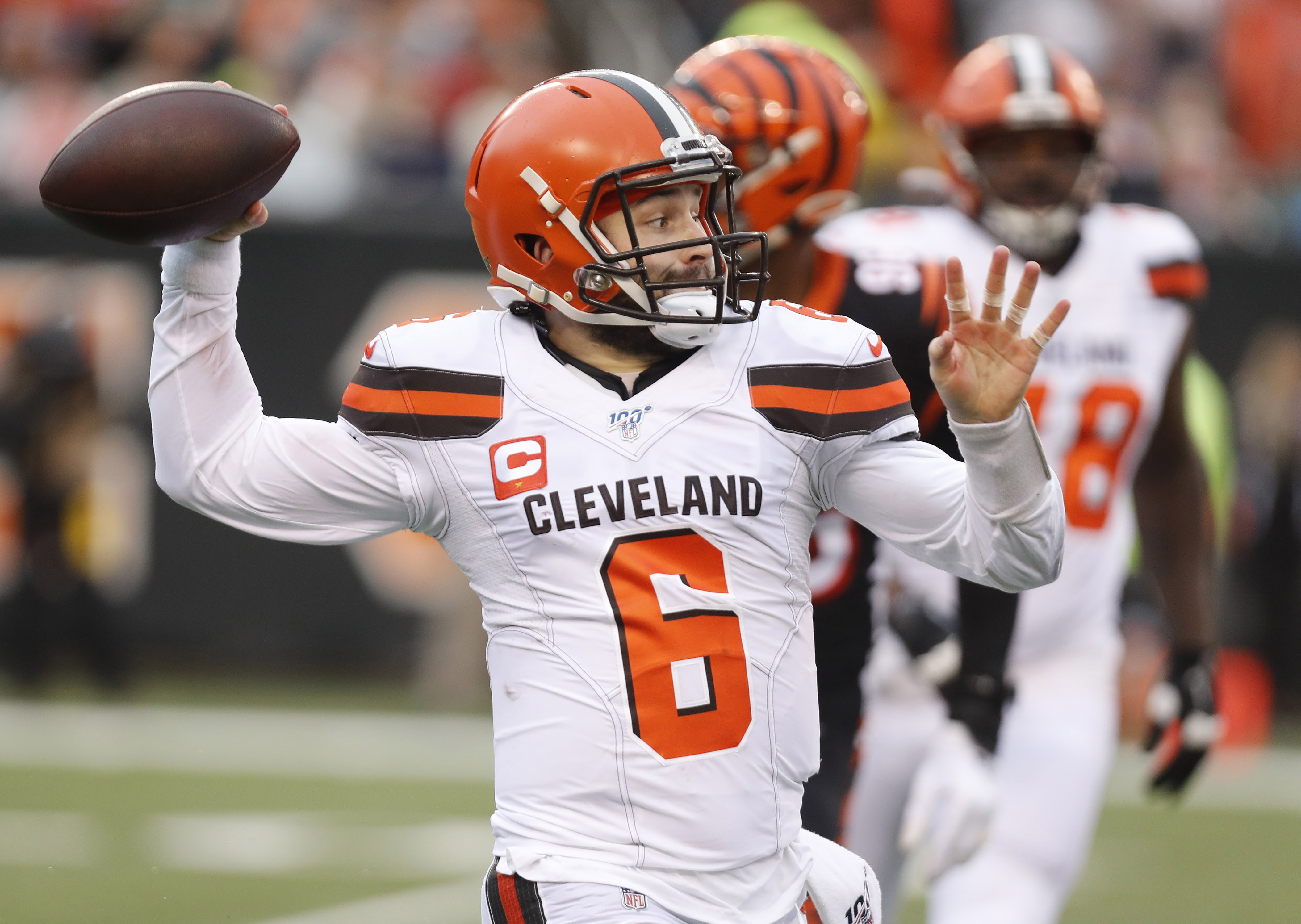 The Browns introduced Kevin Stefanski as their new head coach Tuesday, and he had nothing but positive things to say about the quarterback he’ll soon be working with.

Even though Baker Mayfield regressed in his second season, Stefanski has faith that the former No.1 overall pick can get back to where he was a year ago when he set the record for touchdown passes by a rookie. Stefanski told reporters “the sky’s the limit” for Mayfield.

Stefanski on working with Baker Mayfield: "He's the quarterback, he's the trigger man and that's the exciting part about it for me. … the sky's the limit for the kid."

Stefanski also told reporters that the plan is to “make life easier” for Mayfield.

Kevin Stefanski says they will find ways to "make life easier" for #Browns QB Baker Mayfield: "I really think this kid has a chance to take off."

By hiring an offensive-minded coach, it’s clear that getting Mayfield back on track is the top priority of the Browns. During his time as an assistant coach, Stefanski had success working with quarterbacks in Minnesota, and the hope is that he can do the same for Mayfield, who showed so much potential as a rookie. We’ll see if Stefanski can work his magic once again in Cleveland.

Health and Fitness 38m ago