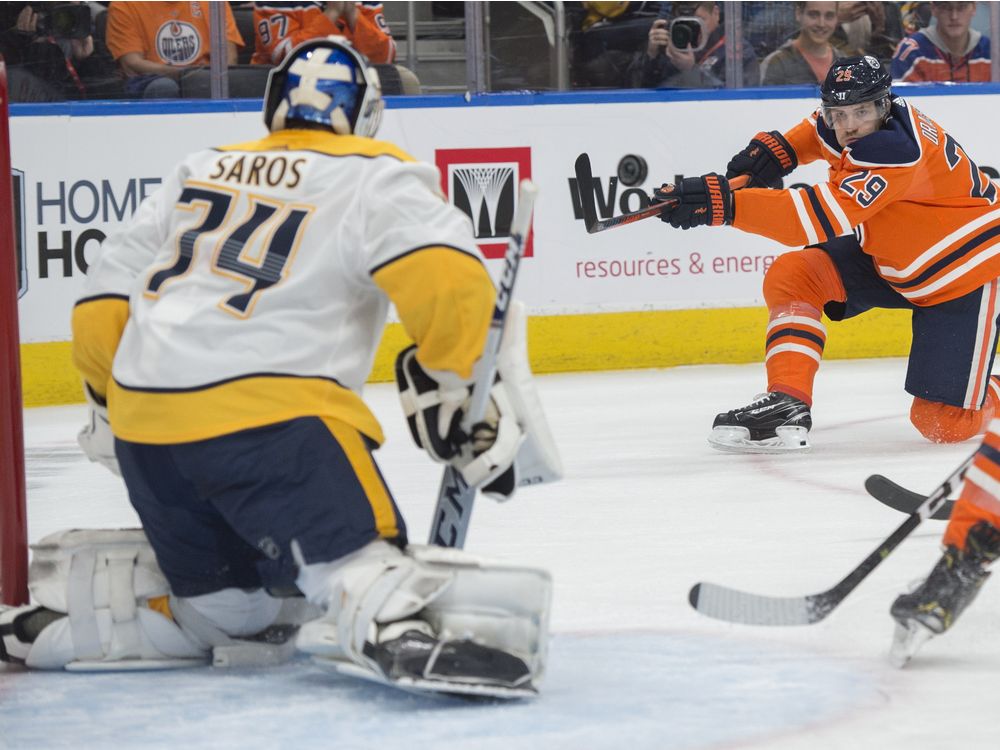 For the first time in 2020, the Oilers will take the ice at Rogers Place. Following a five-game road trip that saw the Oilers go 3-1-1, the club comes into tonight in playoff position. Nashville is right on their heels, making this another vitally important game.

This is the first of three meetings on the season between the teams and the first of two in Edmonton. The sides will meet at Rogers Place again on February 8th, Hockey Day In Canada.

Mike Smith gets the start for the Oilers, while Pekka Rinne gets the go for the Predators.

Edmonton: Avoid the emotional letdown. Saturday’s game in Calgary was charged up with some serious emotions, and tonight has the potential to be a letdown spot. The Flames had theirs last night in Montreal, will Edmonton suffer one tonight at home? This is an important game that the Oilers cannot afford to sleepwalk through.

Nashville: Avoid a special teams battle. The Predators are quietly one of the best teams in the NHL when it comes to five-on-five play. Where they struggle is both on the penalty kill and on the powerplay. It doesn’t help that goaltending has been a major area of concern as well. Keep the game five-on-five and Nashville should have the better of the play.

Edmonton: Josh Archibald took a couple of shifts on the McDavid line yesterday and is slated to replace the suspended Zack Kassian. Archibald played a bit with McDavid in December and had some success with him. His speed should make him a good fit with the game’s fastest player. Can Archibald take advantage of this situation?

Nashville: Kyle Turris has been relegated to fourth line duty in Nashville, a tough drop for a former first line center. Turris can create some serious matchup problems, however, and still has enough skill to burn teams. Against the weak bottom six of the Oilers, can Turris make an impact in this game?

Zack Kassian is serving the first of two games he is suspended for due to his actions on Saturday night. Jujhar Khaira will be scratched for the second consecutive game, while William Lagesson sits on the blueline. Patrick Russell returns to the lineup.

Defenseman Dante Fabbro (upper-body) remains out but is close to a return, per David Poile. Colton Sissons will be out through the All-Star break, while Ryan Ellis does not have a timeline for his return from a concussion.

The Oilers collected three of a possible six points against the Predators last season, going 1-1-1 against their Central Division foe. The Oilers fell 3-0 to Nashville in the lone meeting at Rogers Place on October 20th. They would win 5-3 in Nashville on October 27th, then fall 3-2 in a shootout on February 25th.

If the Oilers are going to return to the playoffs this spring, they need to be better at home. The club is just 10-8-3 at home this season, below the true .500 mark. The numbers against the Predators (1-11-3 in their last 15) and the Central (2-6-2 this season) are not promising.

Connor McDavid continues climbing the franchise leader-board for points. McDavid is currently tenth all-time and sits just four points behind Shawn Horcoff (447) for ninth all-time. It’s a certainty he’ll pass Horcoff this season. He could also pass Ales Hemsky (477) with a strong end to the season. That would put him 8th all-time after just five seasons with the club.