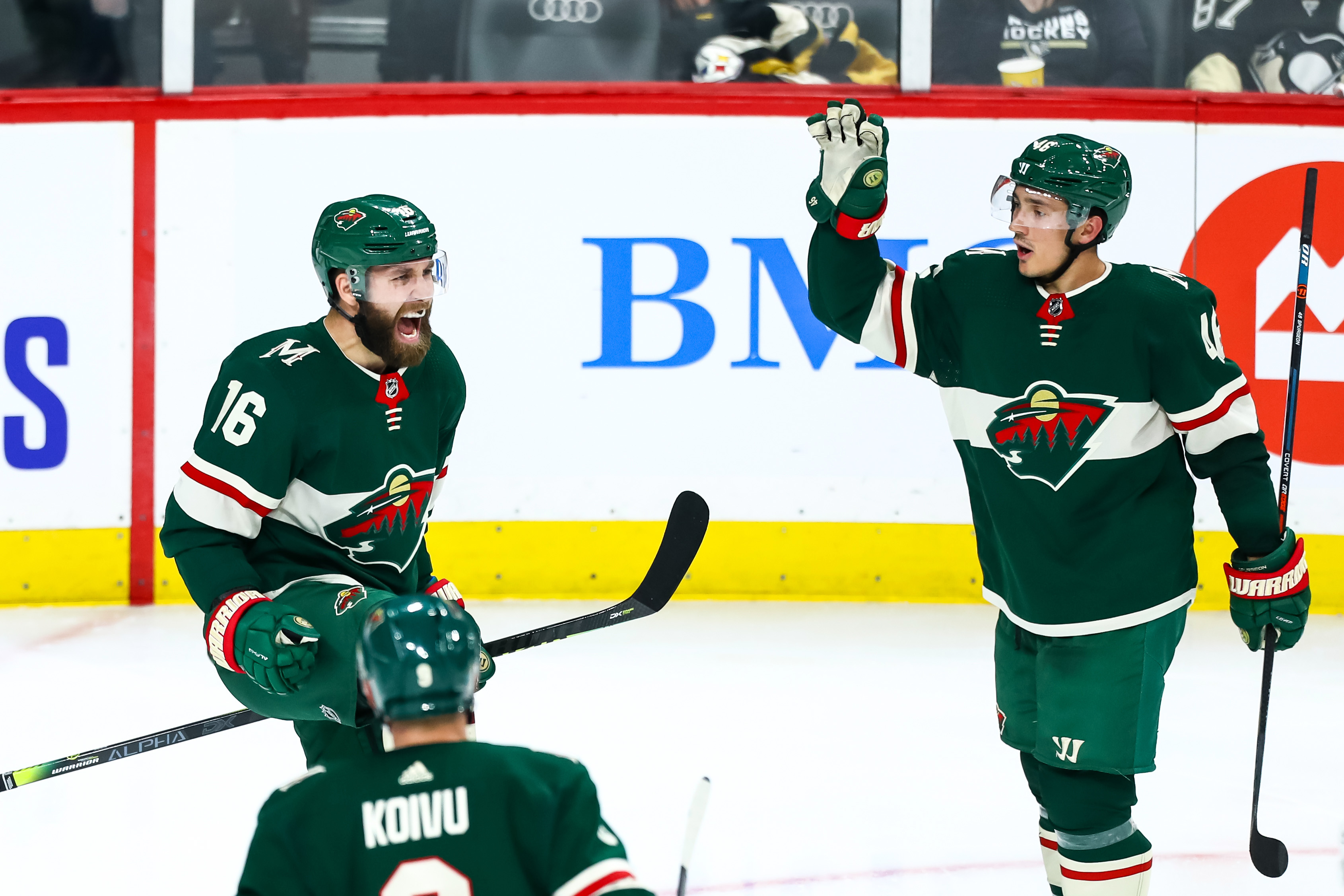 A few weeks ago, a lot was made how the Minnesota Wild had battled their way through a road-heavy schedule to put them in good position to take advantage of having lots of home games over the months of January and February.  So far, the home cooking has been anything but as the team continues to drop games in disappointing fashion.  Is a road game just what the Minnesota Wild needs right now?

The Wild travel to Pittsburgh to play against a Penguins’ squad that embarrassed Minnesota the last time these two clubs played earlier in the season.  At this point, the Wild have to be in desperation mode but will we see that reflected in the way they play tonight?  Or will the Wild be trying to rationalize after another disappointing loss?

1st Period Thoughts:  Here’s a quick summary.  The Wild were overwhelmed by the Pittsburgh Penguins’ superior team speed and not did that lead to very few scoring chances but Minnesota compounded their problems by taking 3 penalties in the period.  With the Wild penalty kill, so porous you knew this was a recipe for disaster.  It didn’t happen right away, but on the 2nd penalty killing effort, Bryan Rust would walk through the Minnesota defense, ultimately leading to an easy tap in for Evgeni Malkin.  Later in the period, Minnesota would get caught pinching in the offensive zone and the Penguins would counter attack and it was a tic-tac-toe play between John Marino, Dominik Simon and Jared McCann for another easy tap in.  2-0 Penguins.  When the Wild did get into the offensive zone, the Wild had to settle for shots from the perimeter that were of little trouble for Tristan Jarry.  I hate to say it, but it was a predictable start for a team that looks pretty lost right now.

2nd Period Thoughts:  The 2nd period was only marginally better.  Main difference was the Wild weren’t taking lazy or foolish penalties.  But Pittsburgh was still a step or two ahead of the Wild most of the period.  Winning the small races to the puck and dictating most of the pace of play.  Minnesota was able to work pucks deep into the Penguins’ end, but in battles along the wall they’d either cough up the puck or send the puck out to the perimeter for a weak shot that was easily stopped by Jarry who was content to freeze it for a whistle.  The Penguins would counter attack on occasion and Minnesota would scramble back to its own end.  The Penguins would add to its lead late in the period as Malkin tapped away a puck from Carson Soucy near the point and Koivu didn’t have the wheels to skate him down and as Jonas Brodin moved over to help out, the veteran center would drop a pass back to Rust who wired a shot by Dubnyk.  3-0 Penguins.  Shortly after Rust’s goal, the Wild would take a penalty as Mats Zuccarello would go to the box for high sticking.  It would be another costly penalty as Malkin sent a puck towards the goal that was redirected perfectly by Patric Hornqvist to make it 4-0 Pittsburgh.  Minnesota would answer back a few shifts later as Kevin Fiala swept up the puck in the neutral zone and the team would go on the attack and sent a perfect cross-ice pass to Zach Parise who fired it by Jarry.  4-1 game.  Ryan Donato, who had sat on the bench the whole game after being an unexpected extra forward would be apart of one of the Wild’s better shifts as Jordan Greenway steamrolled a few Penguins players as they set up a few chances but Jarry was up to the task.  Not a great period, but at least the Wild showed a few signs of life.  Its a start I guess.

3rd Period Thoughts:  Minnesota would strike early in the 3rd period, and it would start with a big hit by Marcus Foligno on Zach Aston-Reese deep in the Pittsburgh zone.  This would eventually lead to a turnover and Joel Eriksson Ek would find Foligno driving through the middle of the ice and he’d go backhand to forehand for a pretty goal.  4-2 Penguins.  The Penguins would go back on the attack and they nearly cashed in on a chance from in close by Hornqvist that Dubnyk was just able to keep out.  Perhaps sensing a potential momentum swing, but teams were giving little in the way of time and space with the puck.  The Penguins really stepped up their forecheck and raised the pace of play which made life difficult for the Wild who couldn’t handle their speed.  On a delayed penalty, McCann would move the puck to Sidney Crosby who was hoping to set up Simon on the back door but his centering pass would go off of Matt Dumba and by Dubnyk.  5-2 Penguins to an ovation as the Penguins’ fans were happy to have their captain back.  As if he wanted to give the fans an encore, Crosby and the Penguins would work the puck deep in the Wild zone and it was Crosby making Donato look foolish on a little play of the puck off the goal and then dished it across to Simon for a tap in.  6-2 Penguins.  So much for a Wild rally.  The Penguins would look to pad their stats and Minnesota just hoped to stop the bleeding.  Pittsburgh half-heartedly attacked the Wild while Minnesota looked mostly inept at creating any kind of significant offensive pressure in the last few minutes of the period.  The Penguins seemed to still have more jump than a fatigued and unmotivated Wild squad as Andrew Agozzino fed a pass to Alex Galchenyuk who one-timed a shot by Dubnyk, short-side top corner.  7-2 Penguins.  Even when the Wild were on the power play, the Penguins had the best scoring chance as Brandon Tanev and former Minnesota State star Teddy Blueger worked a 2-on-0 where Blueger fired a shot high and wide of the goal.  Minnesota would score with 10.5 seconds left after a scramble near the crease where Koivu poked a puck and then Parise swung a backhander through Jarry for a 7-3 loss to Pittsburgh.