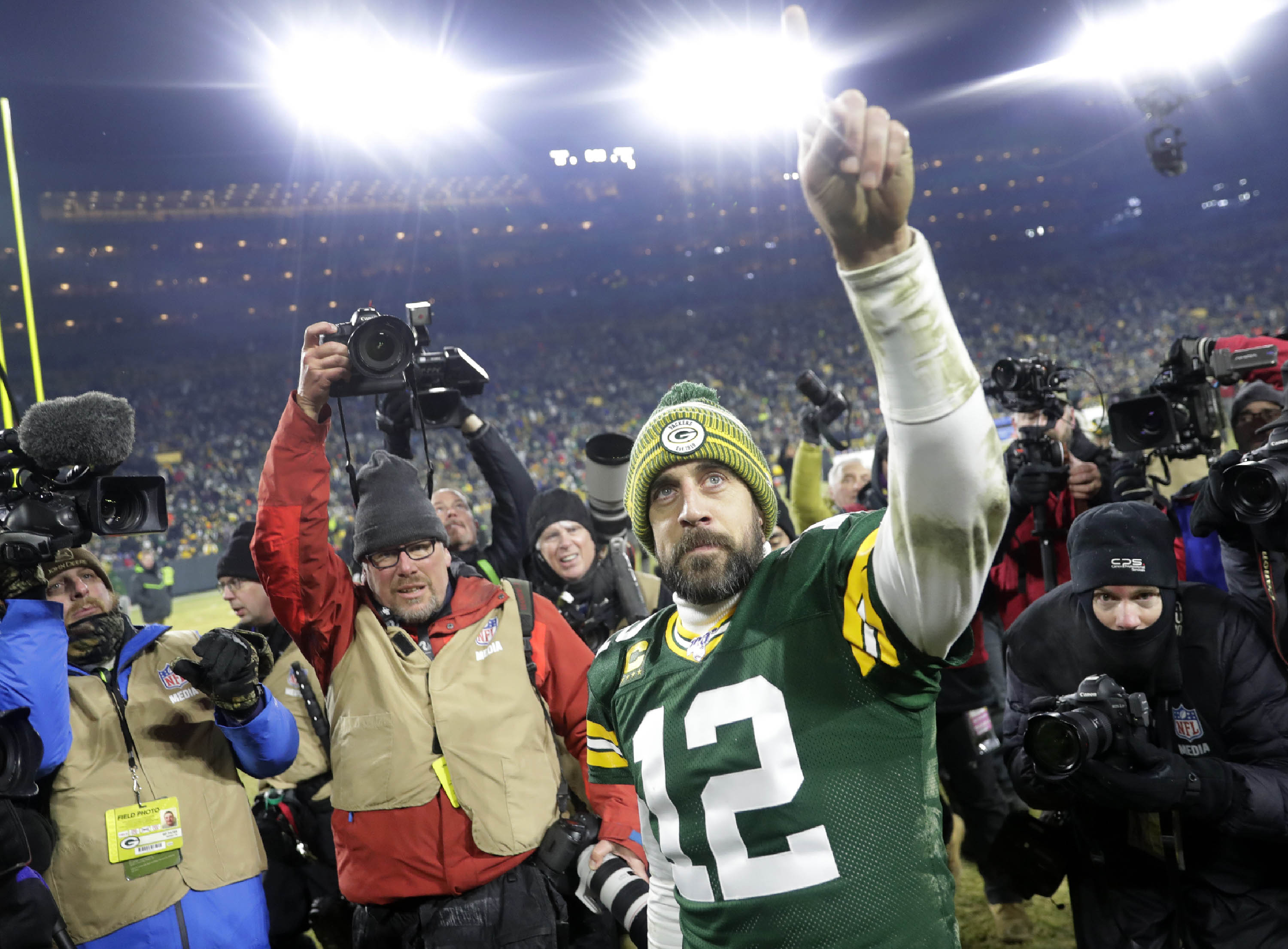 The 49ers pass rush has given opposing quarterbacks fits this season, and could play a huge role in Sunday’s NFC title game against the Packers.

San Francisco ranked third in the NFL in sacks per game, just behind Pittsburgh and Carolina. And while the Packers’ offensive line is one of the best in the NFL, they’ve dealt with injuries to a number of players on it, and have constantly had to reshuffle it.

Right now, though, they’re as healthy as they’ve ever been this year, and they did a great job of protecting quarterback Aaron Rodgers in Sunday’s 28-23 divisional-round win over the Seahawks. The passing game flourished as a result.

Rodgers appears to believe they can continue to make plays through in the air in Sunday’s showdown with the 49ers in Levi’s Stadium, and it sure looks like he has a few plays in mind to counter San Francisco’s pass rush.

Found this to be a very interesting comment from Aaron Rodgers about slowing down the 49ers pass rush. pic.twitter.com/S7nwRLRPhL

Adjustments will be key here, as the 49ers sacked Rodgers five times when the two teams last met in November — a 37-8 blowout win by the 49ers.