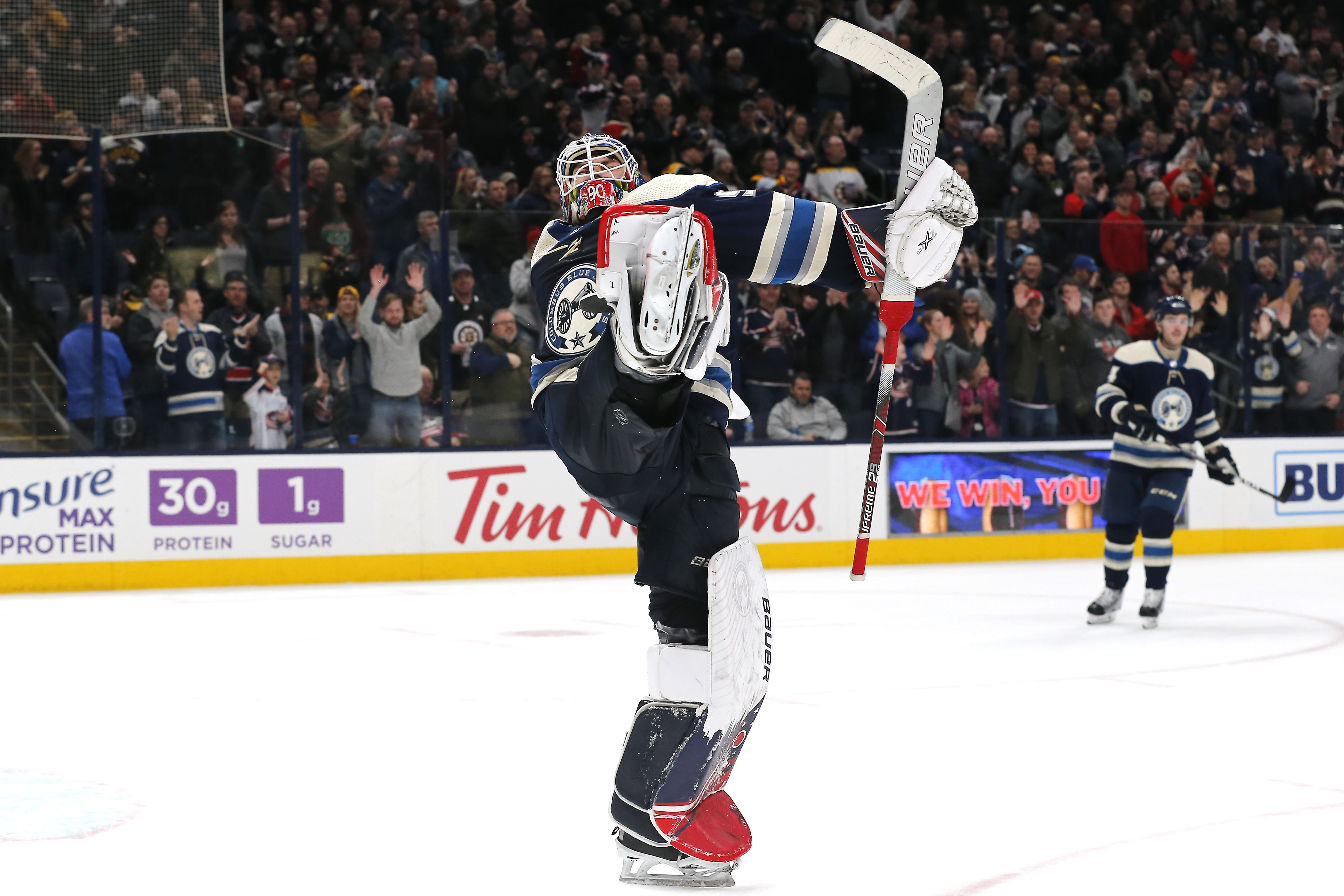 Apparently Elvis is alive and well after all. He is just now a Latvian goaltender for the Columbus Blue Jackets.

On Tuesday night at the Nationwide Arena in Columbus, OH, a crowd of 17,349 chanted Elvis as Blue Jackets goaltender Elvis Merzlikins made 34 saves for his second National Hockey League shutout, and first at home, in a 3-0 Columbus win over the Boston Bruins. Merzlikins has now recorded back-to-back shutouts in his last two games. On Saturday, he made 27 saves in a 3-0 Blue Jackets win over the Vegas Golden Knighhts for his first career shutout.

In the Blue Jackets win over the Bruins, Merzlikins made seven saves in the first period, 14 saves in the second period and 13 saves in the third period. The Blue Jackets goal scorers were Alexander Wennberg and Kevin Stenlund, who are each from Stockholm, Sweden, and Riley Nash of Consort, Alberta, Canada.

Merzlikins improved his record to six wins, six regulation losses and four losses in extra time. He has two shutouts, a goals against average of 2.53 and a save percentage of .921.

This is Merzlikins rookie season. The native of Riga is 25 years old. Merzlikins was the Blue Jackets’ third round draft pick, 76th overall in the 2014 National Hockey League Entry Draft.

Now it appears that Merzlikins might get some more starts in key situations for Columbus down the stretch as well. However it should be pointed out that Joonas Korpisalo of Pori, Finland has also been productive for Columbus lately. In fact, in Korpisalo’s last five starts, he has given up two goals or less. Also a third round draft pick of the Blue Jackets (2012), Korpisalo has a record of 17 wins, 10 regulation losses and four losses in extra time, two shutouts a goals against average of 2.49 a save percentage of .913.

The Blue Jackets currently have a record of 23 wins, 16 regulation losses and eight losses in extra time. They sit in ninth in the Eastern Conference, but at 54 points, have the same number of points as the eighth place Philadelphia Flyers. Columbus is definitely in the mix for a playoff spot.