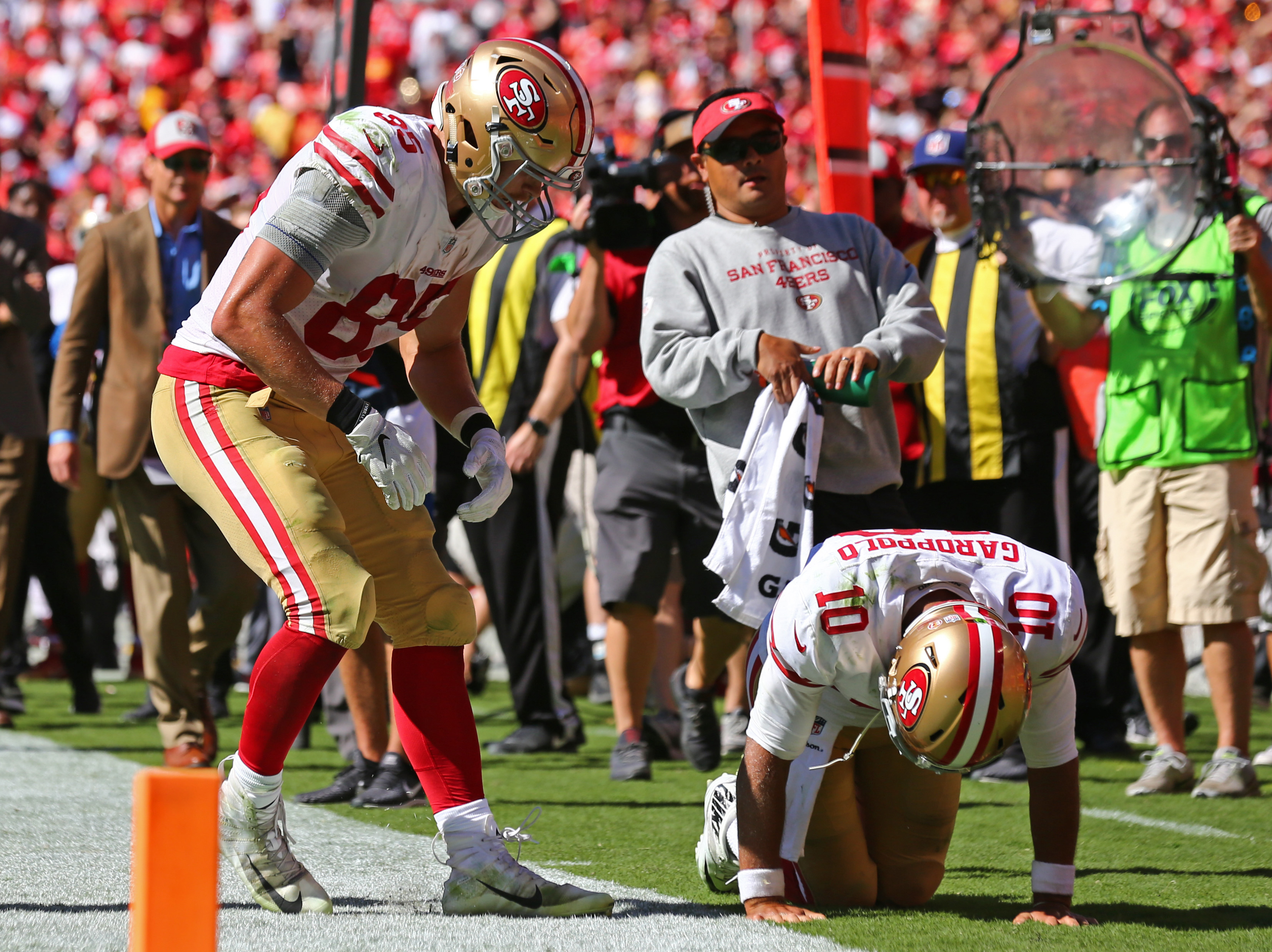 Not too many NFL players would consider a serious knee injury as a blessing, but that’s how Jimmy Garoppolo views the ACL tear that ended his first season with the 49ers after three games in 2018. As the quarterback explained to reporters on Wednesday, the injury actually worked out in San Francisco’s favor because it allowed the team to draft Nick Bosa.

“Things have a way of working out,” Garoppolo said, via MassLive.com’s Christopher Mason. “I always told myself it was a blessing in disguise, the ACL.

We got (Nick) Bosa out of it. That’s a pretty good trade off, I guess. But yeah, things have a way of working out I guess. This ride is crazy.”

Talk about looking on the bright side. Garoppolo was essentially robbed of one of his prime years, and his first as a starting quarterback after serving as Tom Brady’s backup in New England, but it eventually worked out for him and the 49ers.

After going 4-12 in 2018, San Francisco took Bosa with the second overall pick in last year’s draft, and the rest is history. Not only did Bosa live up to the hype as the best pass-rusher in the draft, but Garoppolo came back from the ACL tear as strong as ever, and now the 49ers are getting ready to play in the NFC championship with a trip to the Super Bowl on the line.