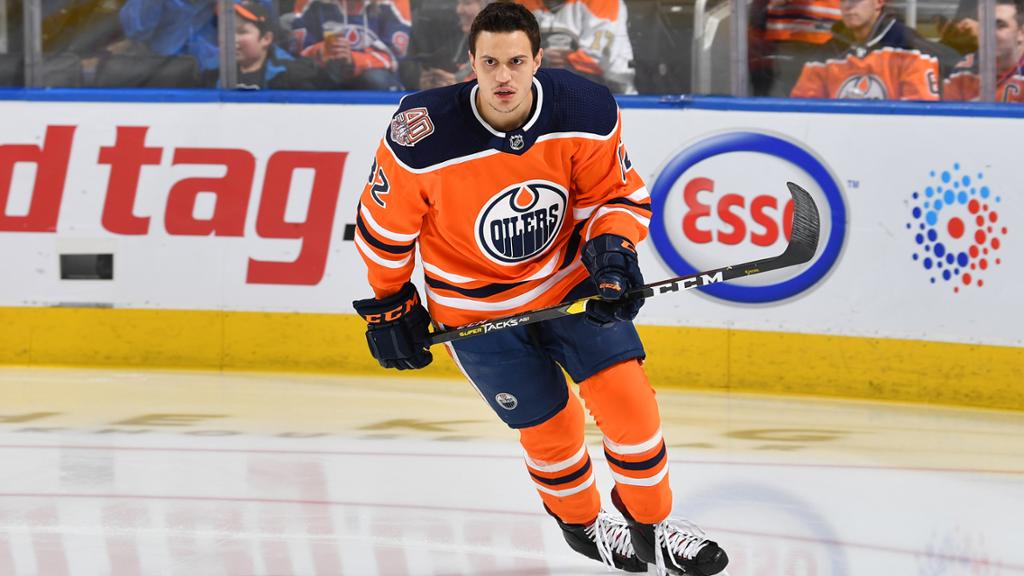 The Edmonton Oilers have re-signed defenseman Caleb Jones to a two-year contract extension. The extension, which will start on July 1st, carries a cap hit of $850,000 per season. Jones was selected in the fourth round of the 2015 NHL Entry Draft by the Oilers.

Jones made his NHL debut last season and played in 17 games for the Oilers, registering six points (1-5-6). Expected to play a big role on this year’s team, Jones actually was cut in training camp and started the season with the AHL’s Bakersfield Condors.

Jones quickly established himself as the best defenseman on the Condors and was recalled by the Oilers when Matt Benning went down with a concussion. Jones has settled into a third pairing role, often playing on his off-side with veteran Kris Russell.

In 23 games, a career-high, Jones has three points (0-3-3) and is averaging 13:18 time-on-ice per game. He’s also started over 50% of his shifts in the offensive zone, and hasn’t seen much special teams time in Edmonton.

Jones should be a part of the Oilers moving forward. As a young, mobile blueliner with the ability to move the puck, Jones is a perfect fit for the modern NHL. He should provide the Oilers with a value contract in both years of his extension, especially if he can play up in the lineup like Ethan Bear has this season.

Jones is one of just two NHL defenseman under contract beyond the 2020-21 NHL season. He and Oscar Klefbom are both locked up by the Oilers moving forward. Expect Bear and Darnell Nurse to join them, and eventually Evan Bouchard from Bakersfield.

More on this story as it develops.