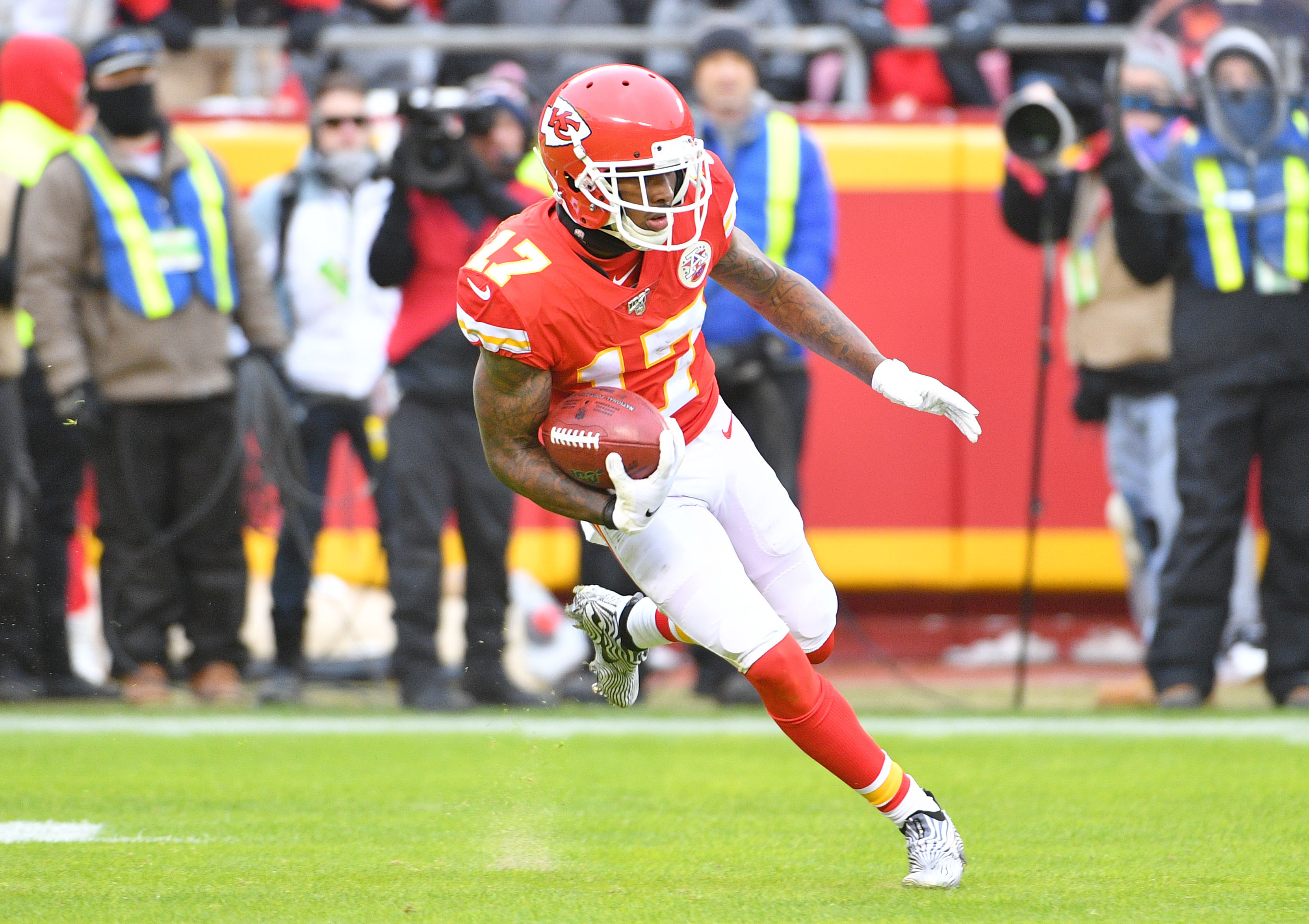 A couple of rematches from the regular season will take center stage during championship weekend in the NFL, as the Chiefs try to avenge their shocking loss to the Titans in Week 10, and the Packers return to San Francisco where they were embarrassed by the 49ers in Week 12.

Here are eight difference makers to watch in both games that could play a huge role on Sunday.

Even though Derrick Henry has been running all over teams in the postseason, an effective passing game will be far more important against a team like the Chiefs that can score points in a hurry. That doesn’t mean Henry won’t matter, he will, but the Titans need Tannehill to make plays for them through the air, especially if Kansas City crowds the line of scrimmage with more defenders to account for Henry.

Believe it or not, Tannehill was actually PFF’s highest-graded quarterback during the regular season, but will he be able to keep pace with Patrick Mahomes? We’ll find out soon enough.

Tyreek Hill gave the Titans secondary some bulletin-board material ahead of Sunday’s game by saying that Kansas City’s pass catchers were basically unguardable.

“I feel like nobody in the NFL can guard any of us, and that’s no disrespect to nobody,” the Chiefs wide receiver told reporters earlier this week. “That’s just the confidence that I got in myself and the wideouts I’ve got around me, including the tight ends and the running backs. I feel like no DB unit, no secondary unit, no linebacker, any defense can guard any of us. So man-to-man is just easy for us to beat. If you just allow us to run through zones, it’s even easier.”

Hill isn’t wrong. Having so many playmakers on the field makes it almost impossible to defend against the pass, especially with how much speed is on the field at one time. That said, the Titans secondary needs to at least limit the big plays and force the Chiefs to settle for a few field goals here and there like they did the last time these two teams met.

Assuming the Titans devote extra defenders to Kansas City’s two biggest threats in Hill and tight end Travis Kelce, that should open things up for Hardman and the other receivers to contribute. Against this same Titans secondary, Hardman left quite the impression with his one catch that went for a touchdown.

In addition to what he brings on offense, the rookie is also dangerous on special teams. Hardman made the Pro Bowl as a return specialist.

The Chiefs would rather not have to bring down an extra defender into the box to stop the run because that could leave them vulnerable in coverage. That means the front seven will need to get the job done without the extra help. Henry often left a trail of bodies in his path on the way to 188 rushing yards the last time he faced the Chiefs, so better tackling will be key this next time around.

Will @KingHenry_2 have the same success against the Chiefs as he did in Week 10?

Henry will get his carries and probably mow down a few defenders, that’s a given. But as long the front seven keeps him from breaking off any huge runs, they should consider that a win on defense.

San Francisco’s pass rush has the ability to make life on the opposing quarterback a living hell. Just ask Kirk Cousins of the Minnesota Vikings, who was sacked a total of six times by five different players in the divisional round. And that’s not all the Packers offensive line has to worry about. The 49ers were also pretty decent against the run, so getting that push up front won’t come easy. Ultimately, for Green Bay to have any chance at knocking off the heavily favored 49ers, the offensive line needs to provide Aaron Rodgers and the running game with the blocking they need to make some plays.

The 49ers had the second-highest scoring offense during the regular season, and Garoppolo accounted for 28 of the team’s touchdowns through the air. That said, San Francisco’s quarterback is far from perfect. As PFF detailed in an article about Garoppolo’s tendency to make major mistakes with the football, for whatever reason, he consistently struggles to see linebackers lurking in coverage at the intermediate level.

If Green Bay’s duo of Preston Smith and Za’Darius Smith can force Garoppolo into making those same mistakes by making him uncomfortable, that might translate into a key takeaway or two for the defense. Against the Seahawks in the divisional round, both of the Smiths managed to rack up two sacks apiece on Russell Wilson. Let’s see if they can do the same to Garoppolo.

Coming off an ACL injury that robbed him of mostly all last season, Garoppolo has been nothing short of impressive, but many have questioned if he’s simply a good enough quarterback on a great team and not the other way around. Think about it. San Francisco has a top defense, one of the best rushing attacks in the NFL, arguably the best tight end in football and a head coach, who is considered one of the best offensive play-callers. That’s not to say Garoppolo has been carried by his team this whole time, but he’s not exactly at the top of San Francisco’s list of strengths. However, that could change with a difference-making performance in the biggest game of his career.

If the 49ers don’t plan on shadowing Davante Adams with their best cornerback, as Richard Sherman seemed to suggest while talking to reporters earlier this week, then that means Green Bay’s star receiver will probably go up against whoever is starting opposite Sherman on Sunday. Witherspoon came into last weekend’s divisional game as the starter, but he was quickly replaced by Moseley after struggling in the first quarter against Minnesota’s Stefon Diggs. Adams was huge for the Packers in their win over the Seahawks. He caught 11 passes for 160 yards and a pair of scores.

If Rodgers elects to not throw Sherman’s way, which is always a good strategy, then either Witherspoon or Moseley will have to step up and make some plays against Adams.