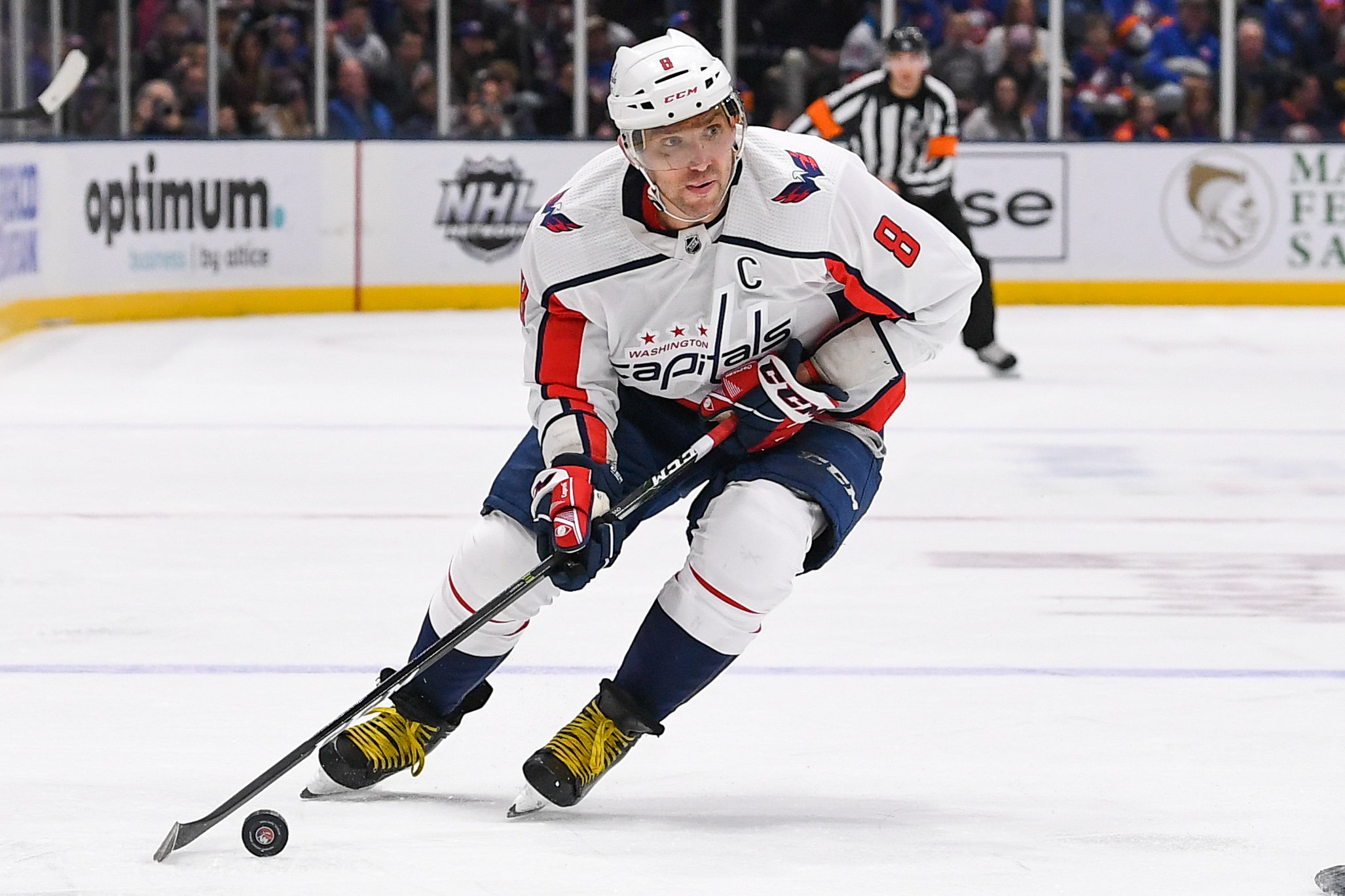 Alexander Ovechkin of Moscow, Russia is now in the top 10 in the National Hockey League all-time goal scoring list. The Washington Capitals left winger registered a hat trick on Saturday in a 6-4 win over the New York Islanders, and now has 692 goals, which has tied him with Steve Yzerman of the Detroit Red Wings for ninth on the all-time list.

The Capitals superstar notched his three goal game Saturday in a come from behind fashion. Washington was actually trailing 4-1 after the second period before scoring five unanswered goals in the third period.

Ovechkin opened the scoring at 10:22 of the first period from Nicklas Backstrom of Gavle, Sweden. Ovechkin’s second goal of the game came at 5:18 of the third period, which at the time put the Capitals within one goal (4-3 Islanders). Norris Trophy favorite John Carlson of Nattick, MA picked up the lone assist. Then with 56 seconds left in the contest, Ovechkin had an empty net insurance goal from T.J. Oshie of Everett, WA, which put the Capitals up 6-4.

The Capitals currently lead the Metropolitan Division with a record of 33 wins, 11 regulation losses and five losses in extra time for 71 points. They have six more points than the second place Pittsburgh Penguins. Washington also has the best record in the entire NHL. They have three more points than the St. Louis Blues and Boston Bruins.