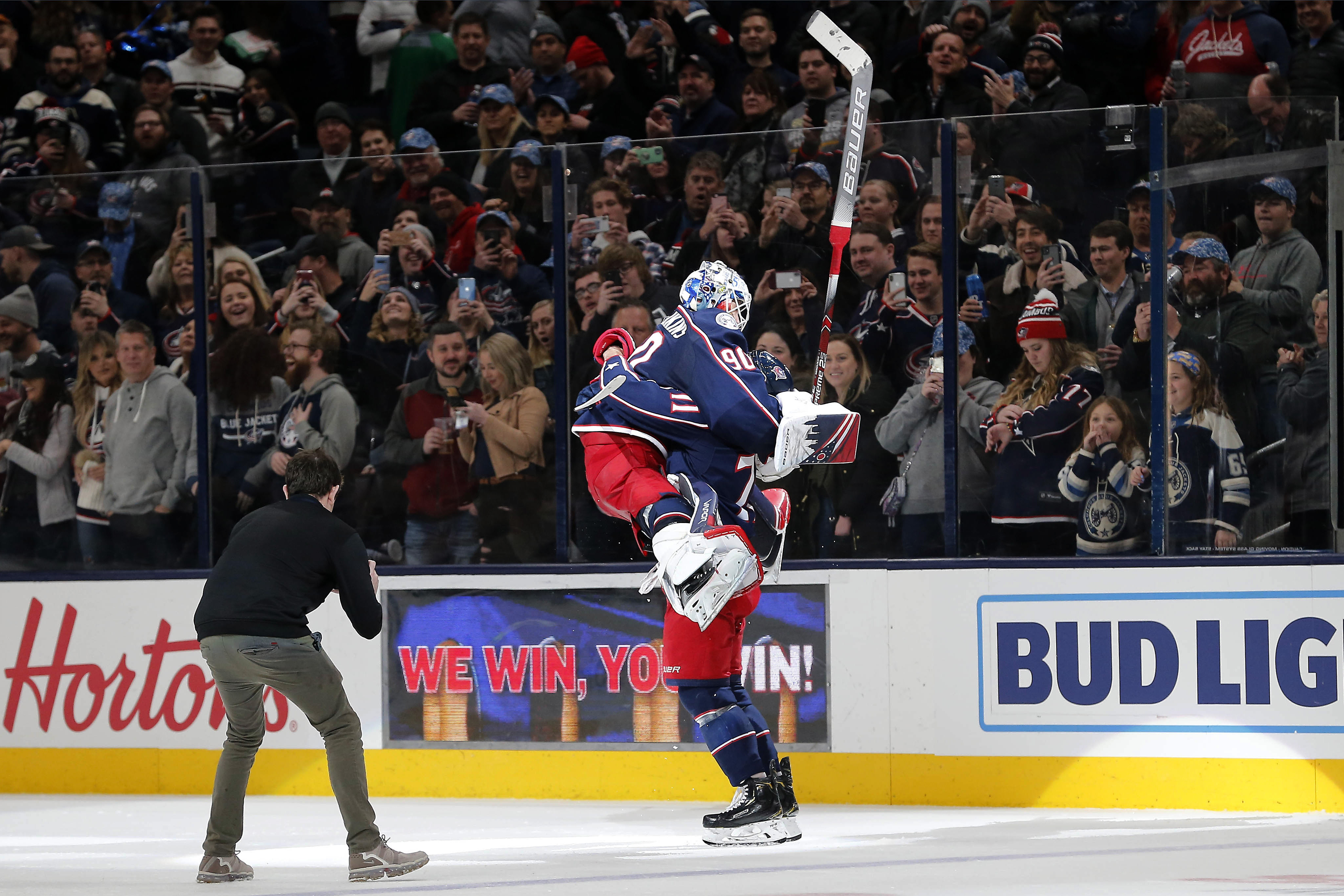 Elvis Merzlikins continues to be remarkable in net for the Columbus Blue Jackets. On Saturday at the Nationwide Arena in Columbus, Merzlikins of Riga, Latvia, notched his third shutout of the season in a 5-0 Blue Jackets win over the New Jersey Devils.

Merzlikins made 41 saves in the game. That is the most he has had while picking up a shutout. In fact, that was the most saves Merzlikins has ever made in a single National Hockey League game.

Merzlikins made 21 saves in the first period, 15 saves in the second period and five saves in the third period. Miles Wood of Buffalo, NY led the Devils with six shots on goal.

What is also noteworthy is the height Merzlikins is currently getting in his celebrations. Many times he leaps into the air to hug Blue Jackets captain Nick Foligno of Buffalo, NY.

Offensively in the Blue Jackets win over the Devils, Cam Atkinson of Riverside, CT led Columbus in scoring with three points (two goals and one assist). Alexander Wennberg of Nacka, Sweden also had a multi-point game as he notched one goal and one assist for two points. Other Blue Jackets players with a goal were Foligno and Jakob Lilja of Limhamn, Sweden.

The Blue Jackets right now are Merzlkins’ team. He has a record of eight wins, six regulation losses, four losses in extra time, three shutouts, a goals against average of 2.36 and a save percentage of .928.

Columbus is currently in fourth place in the Metropolitan Division with a record of 25 wins, 16 regulation losses and eight losses in extra time for 58 points. They have two more games this week before the NHL All-Star Break. They play the New York Rangers on Sunday and then the Winnipeg Jets on Wednesday.