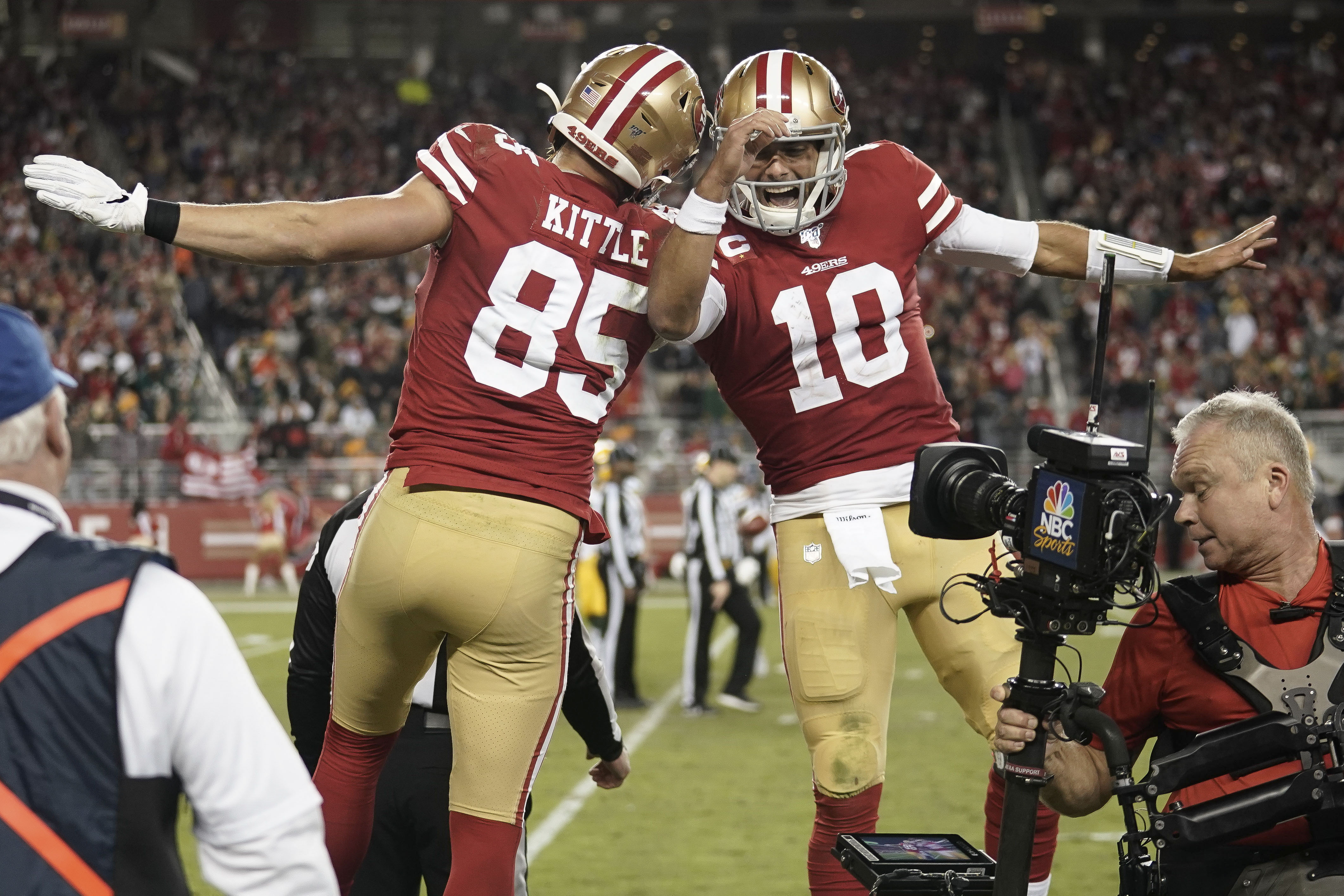 When the 49ers made a trade with the New England Patriots at the trade deadline for Jimmy Garoppolo, this is what they envisioned.

They had finally landed a potential franchise quarterback.  Forget having to get into a bidding war for Kirk Cousins, who played for 49ers head coach Kyle Shanahan at Washington, nope, Garoppolo was their guy now.

When he took over as the starter, the same 49ers team that was 1-10, won five straight games with Garoppolo under center. So in 2018, the buzz was there- the 49ers finally have their guy, they locked him up long term, and they were on their way up.

And then Week 3 against Kansas City happened. 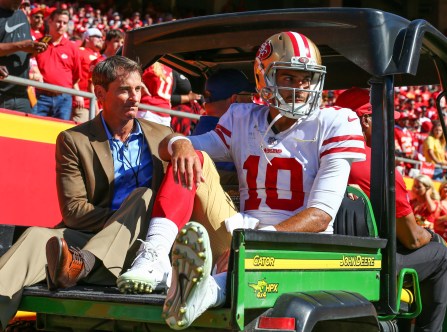 In the 4th quarter, with San Francisco on the comeback trail against the Chiefs, Garoppolo scrambled to his left and turned up the field, falling awkwardly.  The fall was the result of a torn ACL, ending his season, and the 49ers hopes of a turnaround.

That was a year ago.

On Sunday, the 49ers punched their ticket to Super Bowl 54 in Miami to play the same team Garoppolo hurt his knee against, the Kansas City Chiefs.

It’s amazing what can happen in a year.  George Kittle became one of the games best tight ends, the running game became a three and sometimes four headed monster, the offensive line gelled into one of the best in the league, the “Hot Boyzz” were formed on defense, the 49ers hit the lottery in the 2019 draft with Nick Bosa, Deebo Samuel, and Dre Greenlaw, Kendrick Bourne stepped up at receiver, and the 49ers pulled an early season trade for receiver Emmanuel Sanders.

All of this with Garoppolo under center, a quarterback Richard Sherman once said the team would “follow into a dark alley, and wouldn’t be touched”, is what the 49ers front office and fans had in mind.

And now it’s here, and it’s very real.  On February 2nd, Jimmy Garoppolo will have a chance to lead his 49ers to a possible 6th Super Bowl in franchise history, whether he throws the ball 30 times, or only eight times.