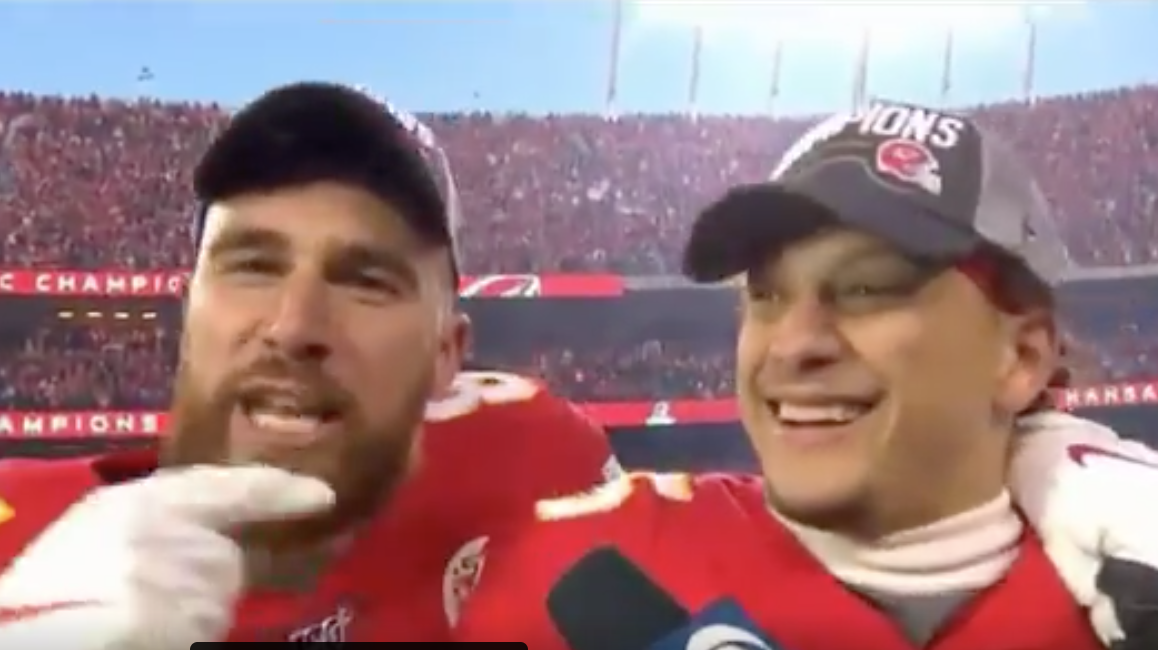 Chiefs tight end Travis Kelce wanted his five seconds of fame after Sunday’s AFC Championship win, and he made the most of it, but that particular moment probably shouldn’t be viewed by young fans.

It happened after the Chiefs defeated the Titans, 35-24, at Arrowhead Stadium, riding the hot hand of reigning MVP Patrick Mahomes.

Mahomes threw for 294 yards, with three touchdowns, and no interceptions. He finished the game with a 120.4 quarterback rating, and it’s clear that he’s the best quarterback in the NFL right now.

He got his shine after the game, during a postgame interview, but was thrown for a bit of a loop as well, when teammate Travis Kelce came in and interrupted it, saying the following:

Travis Kelce interrupts Patrick Mahomes interview to hype him up.. "I fucking love you" pic.twitter.com/85UaXoO6Wv

“I learned one thing since I got here. YOU GOTTA FIGHT, FOR YOUR RIGHT, TO PAAAAARTTAYYY” pic.twitter.com/rnEz8KSGBV