How much do assistant coaching changes really matter to Eagles? 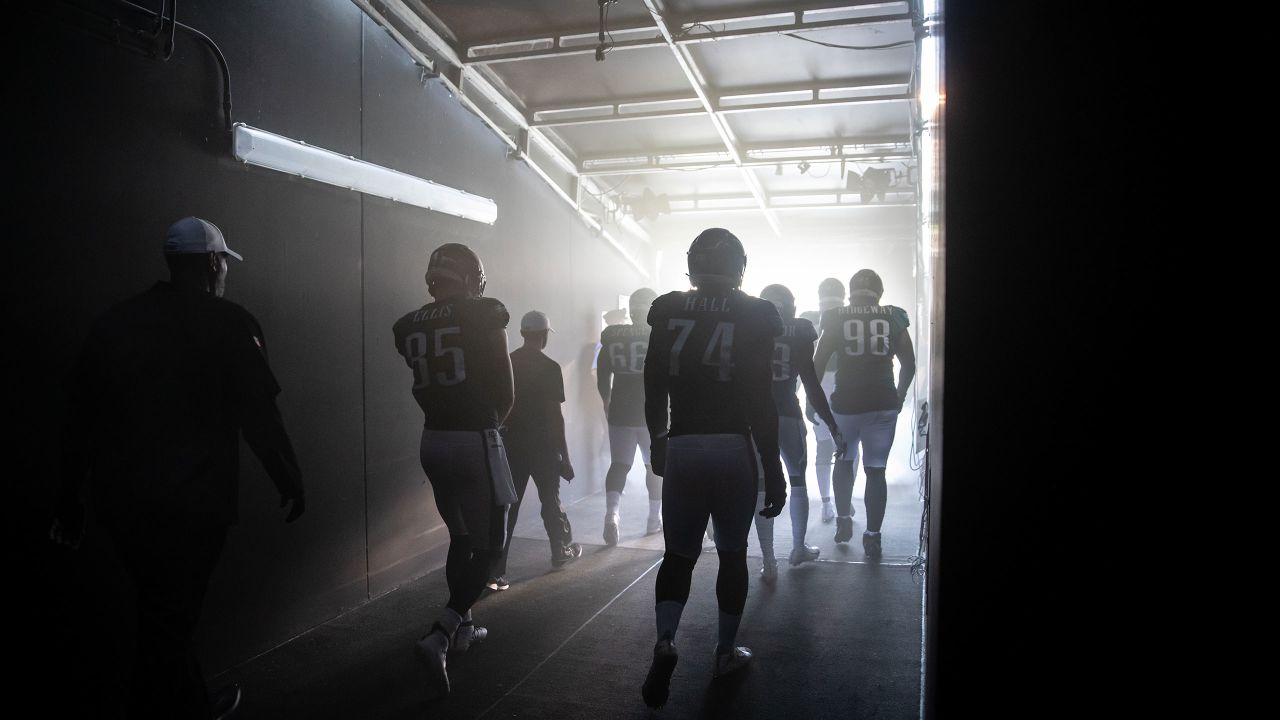 How much do assistant coaching changes really matter to Eagles?

The Eagles like many NFL teams in January are shuffling their coaching assistants. Here’s a recent update on the changes so far per Brandon Lee Gowton of BGN:

“When Doug replaced Chip Kelly four years ago today, he kept seven of Kelly’s assistant coaches and brought in 11 assistants of his own. A year later he brought in Mike Groh. Out of those seven original Chip assistants? Six are still here, all but Cory Undlin, just hired as Lions defensive coordinator. Of the 11 guys he brought in? Only four are still here — all defensive coaches: Jim Schwartz, Dino Vasso, Ken Flajole, Tim Hauck. All seven assistant coaches he’s fired — Eugene Chung, Carson Walch, Greg Lewis, Gunter Brewer, Chris Wilson, Phillip Daniels and Groh – are his own hires. Of the 10 coaches from 2016 who are still here, six – more than half – are Chip Kelly holdovers.”

So the idea is you don’t hire an assistant to be fired, you hire him with the the goal of helping your team to win more games. If you lose an assistant for any reason, you’re looking for an upgrade there.

But just what is the difference any coaching staff can really make in the NFL? What are the realistic analytic expectations?

The MIT Sloan Sports Analytics department published a 48-page paper on the subject not long ago. It did a study of many (but not all) of the variables that directly involve how an NFL management team (head coach with 19 assistants and coordinators) performs in its capacity to impact wins and losses.

I’m really oversimplifying the conclusion for the sake of brevity here, but you can examine all the raw data and statistical analytics at http://www.sloansportsconference.com/wp-content/uploads/2019/02/Do-Coaches-Matter.pdf

One thing I like about this study is its method accounts for the fact that some coaches might appear to look good simply because of good luck or the fact that they happened to serve when a team had really good players.

What the study doesn’t address is the individual worth of an assistant coach in the total picture. If I were looking at assistants, especially those who specialize in teaching technique or getting guys lined up right, and assign a percentage value of their contributions to the 18% to 25% difference made in winning or losing, I would guess the assistant to be worth at least 1/20 of the overall results, and even more if he is a coordinator.

In major league baseball, there are analytic studies out there which conclude a MLB manager and his coaching staff can actually influence up to 14 wins over a 162-game schedule— and can also cause up to 14 losses.

Studies on the effects of coaching in the NFL are catching up.

“I think at the NFL level, all coaches employ the same best practices. There is no secret sauce that one coach has over another in terms of instruction, motivation, strategy, etc. This is because of the highly mobile, fluid market for coaches and the large size of their staffs. There are very strong constraints on deviation from league norms in any dimension.”

“Also, from statistical analysis, we can measure the variance in team performance attributable to randomness (sample error due to a short 16-game season) and player impacts (the addition or subtraction of a player’s impact on team production, player interaction effects). There is very little variance left that can be attributed to other causes, including coaching. In other words NFL outcomes are overwhelmingly driven by player talent and luck, and there’s not much room left for coaching to make a big impact.”

So coaching obviously matters. It’s just that NFL coaches are more or less equal (equally excellent), for the reasons stated above. In a competition system where participants are roughly equivalent, other factors will dominate the outcome. You can still really screw things up if you don’t know what you’re doing, but it’s exceptionally difficult to stand out as superior.

“I realize this is not a widely accepted view. People attribute group success and failure to leaders for many reasons. First, it’s in our nature. The fundamental attribution error causes people to put blame for failures on others but claim to be the cause of success. So the coaches who happen to lead winning teams are the first to perpetuate the myth of great coaching. The second group to perpetuate the myth are GMs and owners who fire coaches who happen to have losing records. Everyone is fooled that changing coaches has a larger effect on team outcomes because of regression to the mean. A team that wins 4 games one season is bound to improve next season for all kinds of reasons not related to the coach. Firing and replacing a losing coach doesn’t appear to have much effect beyond what regression tells us would happen anyway.”

The second factor, writes Burke, is the illusion of control, in which people overestimate their own ability to control outcomes in life, good and bad. We naturally project this overconfidence onto others, believing they have similar levels of control over events. But how much control did John Harbaugh have over Billy Cundiff’s missed 32-yd FG in the 2011 season’s AFC Championship Game? Or the legendary misplay by Denver safety Rahim Moore in the game-tying bomb in the 2012 playoffs?

Third, there is a philosophical and even ideological bias toward attributing outcomes to great leaders. The prevailing ideology in academia and the media sees history as a long line of great leaders whose personal vision and actions drive world events. Who is credited with freeing the slaves? Is it the millions of soldiers who fought for the Union in the Civil War? Is it the millions of people who participated in the emancipation movement? No, it’s one guy–Abraham Lincoln. The other side of the philosophical debate sees events as caused more from the bottom up–societal trends drive history. And the other side of the debate sees events as more caused by the top down. And it’s the top-down worldview that currently reigns.

Burke’s conclusion is the importance of the coaching position is overrated in the NFL for a number of reasons–mathematical, statistical, psychological, and philosophical.

The Eagles are saddened to learn of the passing of former assistant coach and personnel executive Bill Davis Sr. He died on Saturday due to complications from Alzheimer’s at his home in Florida. He was 81.

A longtime NFL coach and personnel evaluator, Davis was an assistant coach on Dick Vermeil’s staff from 1976-78. In 1978, the Eagles reached the playoffs for the first time since the 1960 NFL Championship season.

He returned to the team as the vice president of player personnel from 1986-90. Eagles Hall of Famers Eric Allen, Jerome Brown, and Seth Joyner were drafted during that period.

Recently, his son, Bill Jr., was the Eagles’ defensive coordinator from 2013-15.

“His family and friends are all extremely proud of all of his professional accomplishments, but we are more proud of the man he was,” Davis Jr. told cleveland.com. “The father, husband, grandfather, brother, and friend he was to everyone he came in contact with.”