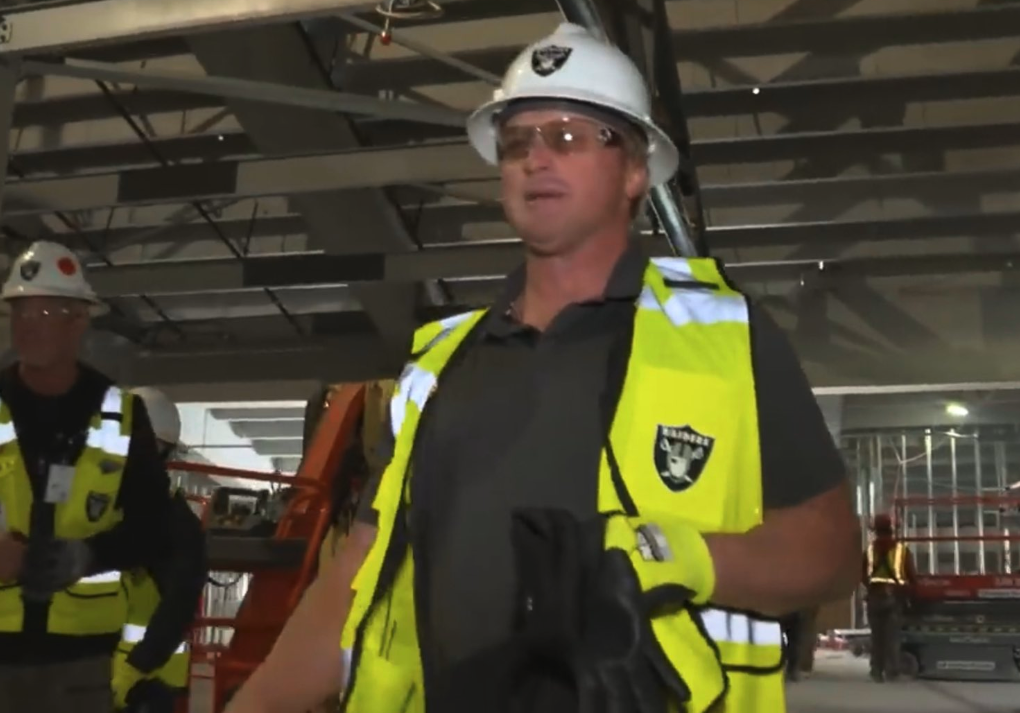 The (7-9) Oakland Raiders came up just a bit short in their quest to make the playoffs this season, and instead had to watch the Tennessee Titans make a run all the way to the AFC title game, as the sixth seed.

Still, there’s hope on the horizon, as the Raiders have rid themselves of locker-room distractions such as Antonio Brown, and their rookie draft class played extremely well, setting a foundation for a promising future.

And, most importantly, they’ll be relocating to Las Vegas, playing in brand-new Allegiant Stadium. Head coach Jon Gruden took a tour of the venue on Monday, and he seemed to really be enjoying the new stadium the team will soon call “home.”

Can’t wait to see the team in action there next fall.