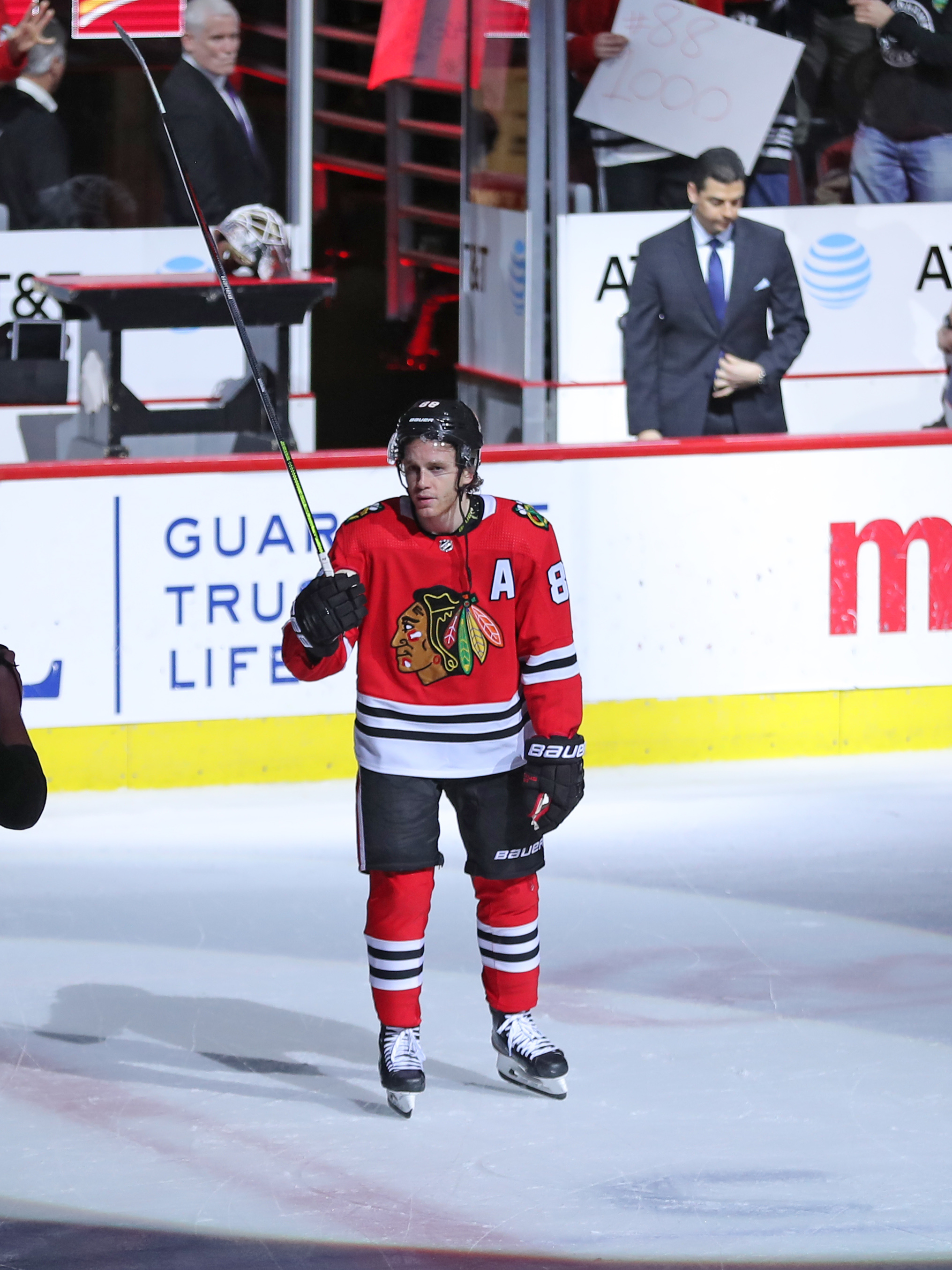 Kane notched his 1000th point with an assist on a goal by Brandon Saad of Pittsburgh, PA. Ryan Carpenter of Oviedo, FL picked up the other assist. The Saad goal but the Blackhawks up 4-1 at the time at 14:14 of the third period.

Kane is the second player this season to record 1000 points. The first was Eric Staal of the Minnesota Wild who notched his 1000th point on December 15 in a 5-3 Wild loss to Kane and the Blackhawks. Staal also recorded his 1000th point at the United Center. Interestingly, Kane notched a hat trick in that Chicago win over Minnesota.

The Blackhawks meanwhile are red hot. They have won five games in a row and are now only three points back of the Calgary Flames for a playoff spot in the Western Conference.