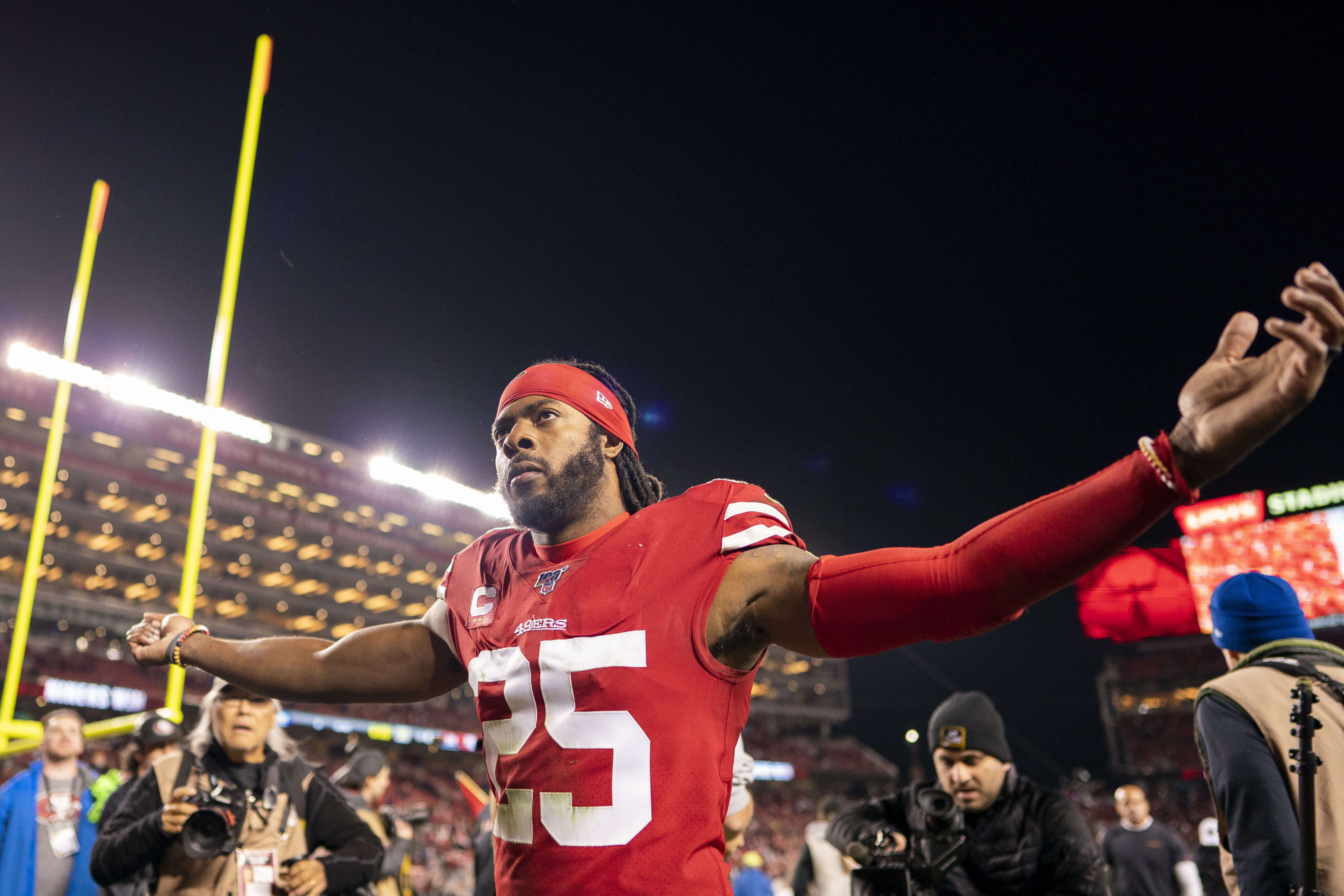 Darrelle Revis is viewed by many to be one of the top cornerbacks to ever play in the NFL, and depending on who you ask — maybe the best.

Revis is up there with Deion Sanders, Charles Woodson and others in that discussion. Of them, he’s arguably the best cover corner, with Woodson likely being the best all-around, due to his stellar tackling skills.

And then there’s 49ers cornerback Richard Sherman, who is also in the discussion. Sherman is set to play in his third Super Bowl, coming off a dominant performance in the NFC Championship game against the Packers — although he did get burned deep by Davante Adams on a 65-yard completion. Aside from that, Sherman was his usual shutdown cornerback self, locking down receivers left and right.

It’s fair to point out, though, that Sherman has played in a zone coverage scheme fairly often — on both the Seahawks and 49ers. Cover-3 gives cornerbacks the benefit of being responsible for only one quadrant of the field, rather than man, which is how Revis Island came to be — with the former Jets star locking down an entire side of the field.

Sherman continues to beat his chest about being one of the best to ever play the game, and that’s probably why Revis teed off on him in this Instagram post following Sunday’s 37-20 win over the Packers.

I would go in on this has been but I have a Super Bowl to prepare for. Enjoy the view from the couch. Your ninth year looked a lot different than this. Lmao https://t.co/jj3pwWYhVa

And then this followed.

I have to cover every game kid. I get my hands on the football in the playoffs something you will never know anything about. https://t.co/V6uFIvNQvT