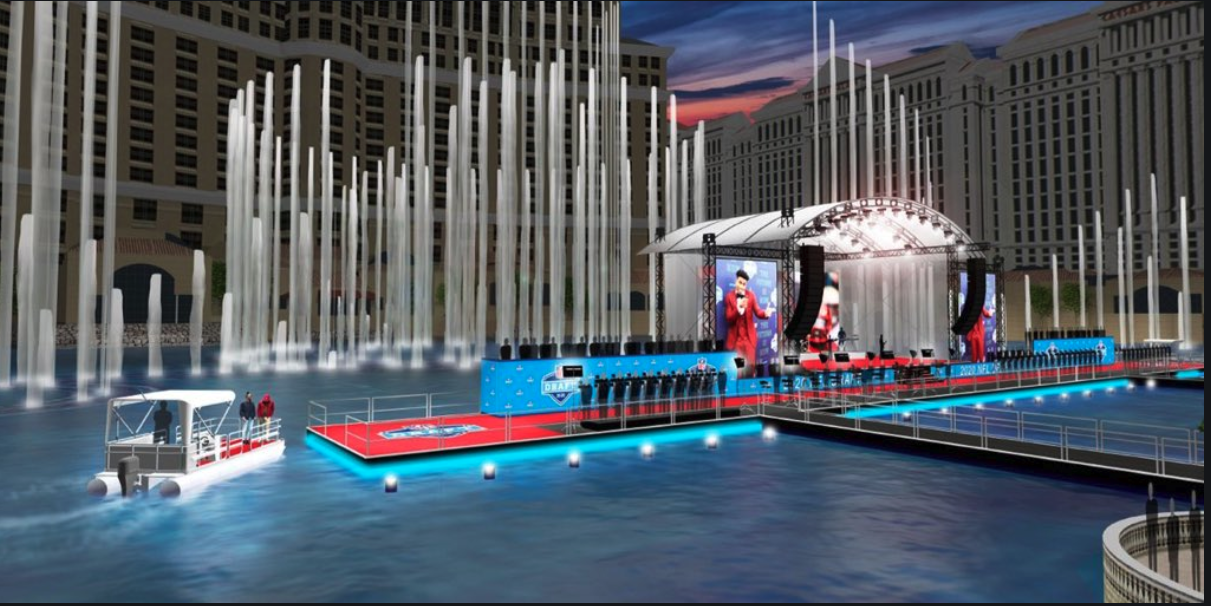 The NFL Draft continues to grow in coverage, as well as hype, with each passing year, but it’s still held true to the professionalism that it’s been rooted in since its inception.

The big event will be held in Las Vegas for the first time, and it’s apparently going to be quite the spectacle. The stage is set to be in front of the Bellagio fountains, and players will be transported there by boat, once their name is called.

The stage for the 2020 NFL Draft in Las Vegas will be on the water at the Fountains of Bellagio. The players will be transported to the stage by boat. pic.twitter.com/8sVl8p2ZBx

Even the red carpet stage looks quite glamorous.

This is the red carpet stage for the NFL Draft where the players and their families will be transported by boat. The main stage will be constructed next to the Caesars Forum. pic.twitter.com/cCPmfdo5G0

The big event got a makeover, and now looks more like Disney on Ice than the NFL Draft.